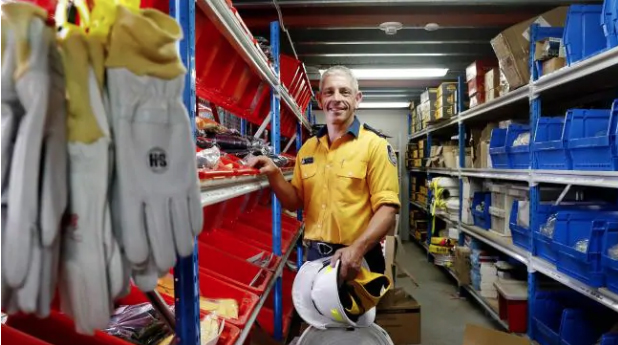 The union representing NSW volunteer firefighters says it remains concerned government funding for the NSW Rural Fire Service might be reduced due to the ­organisation receiving millions of dollars in public donations.

NSW Rural Fire Service ­Association president Brian McDonough said the public’s generosity should not be used as an ­excuse by the government to avoid funding essential responsibilities.

“The association’s fear, and the government’s certainly not made any noises to the effect — but our fear is this stuff will pay for what the government should pay for,” Mr McDonough said.

His remarks were backed by Labor MP Hugh McDermott, an RFS volunteer at the Horsley Park RFS brigade in Sydney, who said similar concerns about government spending had been raised with him by colleagues.

Mr McDermott said money had come directly into some brigade accounts, and some organisations had offered to provide services to support local crews. But this, he said, should not be used “as an excuse” for the government to avoid its funding obligations of new tankers and infrastructure upgrades.

“It shouldn’t be up to the public to supply those things. The state government has a responsibility to make sure Fire and Rescue NSW and the RFS are fully equipped for the future, and relying on the public to do their job should not be part of that — that’s why we pay our taxes,” he said.

Brigades across NSW are ­already lining up to access the millions of dollars in donated funds to replenish supplies destroyed during the bushfire catastrophe. ­Others in remote and regional communities are contending with facilities that have no power or working toilets.

“The station I’m part of doesn’t have power,” said Mick Holton, of the Dry Plain Brigade, and president of the Volunteer Fire Fighters Association, located between Cooma and Adaminaby in the state’s south. “We’ve got some solar panels and a battery to run some lighting.”

Millfield brigade, in the lower Hunter region, works out of a converted chicken shed, while the Wambrook brigade near the Snowy Mountains has no toilet.

Some senior firefighters feel the donated funds should be used for equipment needs and not the standard supply of trucks and ­infrastructure.

Superintendent Mark Williams, the district manager of the RFS Shoalhaven region, which oversees 36 brigades, said his teams would develop a “supply wish list” for RFS management to determine what they needed most.

“Obviously, during an event like we’ve just gone through a lot of our supplies get depleted,” he said, citing hoses, clothing and other essential equipment.

Chris Palmer, an RFS inspector on the south coast, said the he was confident the donations would not form part of the RFS budget. “That additional money is for things the budget does not provide,” he said.