The Waroona-Yarloop Fires: Five Years On

The Waroona-Yarloop Fires: Five Years On

Some of the appliances in the drive around to commemorate the 5th anniversary of the 2016 Waroona-Yarloop bushfires. January 2021

Last week, Bushfire Volunteers visited the Yarloop fire shed, along with many other volunteers to participate in a drive around commemorating the 2016 fires that burnt through almost 70,000 hectares of land, destroyed more than 160 homes and caused two fatalities.

Although many volunteers from the area had been deployed to help out at the fires that have been occurring in the North over the past few weeks, there was still a great community of local people from all over the South West and Peel regions in attendance at the event to show their support, and stand together to remember the horror that burnt through their community five years ago. 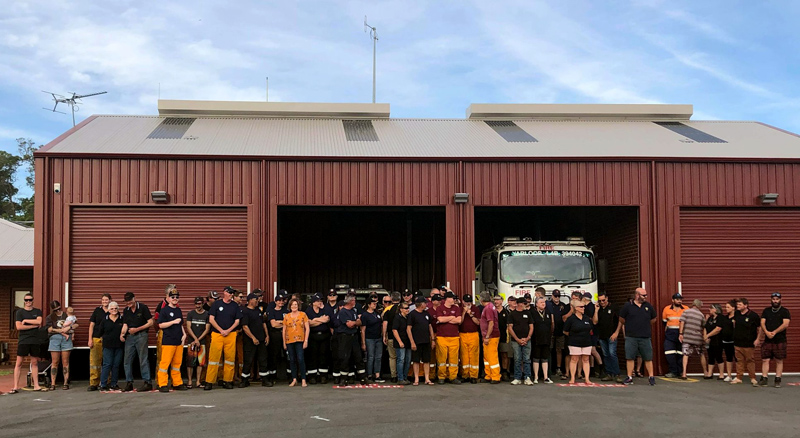 Some of those who attended the 5th anniversary of the 2016 Waroona-Yarloop bushfires. January 2021

Overall the local drive around was a great show of community spirit and how local towns all come together as one when support is needed.

Bushfire Volunteers is proud to be able to stand together with our members in moments like this, and share these stories with the wider public.