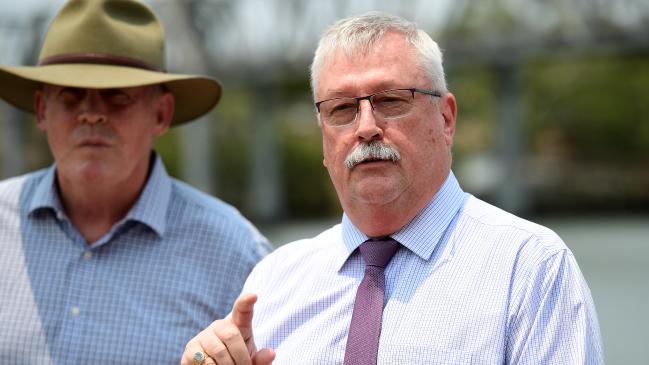 Inspector-General of Emergency Management Alistair Dawson says, ‘it is critically important that we don’t keep on thinking that if we did this 10 years ago, therefore it must be right’. Picture: News Regional Media

Inspector-General of Emergency Management Alistair Dawson said co-operation between government agencies and the public was the key to ensuring better defence against bushfires.

He was speaking ahead of the expected release this week of his review into last September’s bushfires on the Gold Coast hinterland, Peregian Springs on the Sunshine Coast and Stanthorpe that destroyed dozens of homes and businesses, including the heritage-listed Binna Burra lodge.

While he declined to reveal what the report would say, Mr Dawson made it clear employing new ways to reduce fuel loads would be a key focus and it would draw on the findings of the review into the 2018 Queensland bushfires that found hazard reduction crucial to reducing bushfire risk.

Mitigating against bushfire risk was a role and responsibility for everyone involved in emergency management, he said. “No one agency has all the answers. There are many people that can assist, from universities doing research to the fire professionals who work in this space all the time and there’s also the rural freighters, the volunteers, homeowners,” he said.

Mr Dawson, a former Queensland Police assistant commissioner, said the Queensland fire season saw 6.6 million hectares of land burned, with 35,000 emergency services personnel and volunteers called out to defend people and property. The “immense amount of assets” that had to be used to fight the fires highlighted the important of prevention and mitigation, he said.

“One of the things we are starting to see is innovative ways to create hazard reductions — slashing, clearing, firebreaks and burning. Hazard reduction burning is one of a number of different strategies and the fire service has some very smart people very experienced in this area. They more than most ­appreciate the dangers of fire.”

He said there was likely to be a “suite of strategies”, including earthmoving and other activities to reduce fuel load.

“It is critically important that we don’t keep on thinking that if we did this 10 years ago, therefore it must be right.”