A preliminary ATSB report into the deaths of three American firefighters who died tackling a bushfire in southern NSW has revealed their Lockheed C-130’s left wing clipped a tree before crashing into the ground and bursting into flames.

While investigators recovered the cockpit voice recorder from the wreckage, no audio from the 23 January incident was recorded. The Australian Transport Safety Bureau will now rely on witness statements and videos to piece together the final moments of the disaster that killed Ian McBeth, Paul Hudson and Rick DeMorgan jnr as they battled the Good Good fire near Cooma.

The report also reveals that, 11 minutes prior to the collision, wind speeds of more than 70 kilometres were recorded at an airport 50 kilometres south-west of the crash site. No distress call was made before the impact.

Chief commissioner Greg Hood warned the full investigation could take up to 18 months to complete.

He said, “On behalf of the ATSB, I convey our sympathies to the families and friends of the three aircrew who lost their lives in this accident in the service of others.”

The ATSB preliminary report, released on Friday, outlines the first details of one of the most high-profile tragedies of the country’s bushfire crisis.

The Lockheed C-130 flown by the three men was built in 1981 and repurposed for firefighting activities. It was powered by four Allison T56-A-15 turboprop engines, fitted with Hamilton Sundstrand 54-H60-91 four blade propellers.

It had arrived in Australia in November 2019 but had previously operated in the country during the 2018-19 bushfire season.

The aircraft took off at 12:05pm on 23 January from Richmond RAAF base and approached the Adaminaby Complex bushfire.

However, it was unable to complete its drop and so was diverted to a secondary task to drop retardant on the Good Good fire. 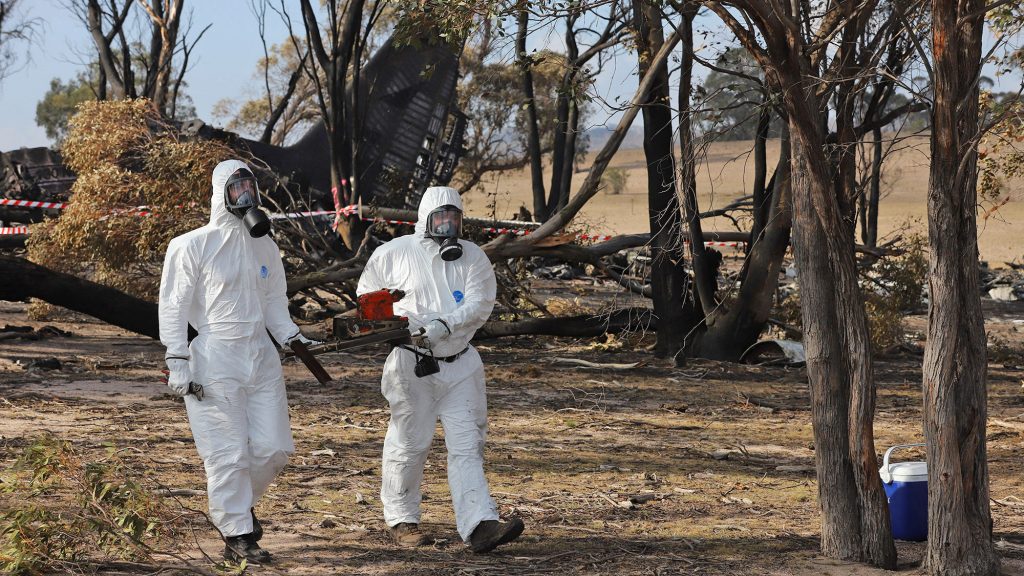 The ATSB reported witnesses seeing the aircraft complete a number of circuits before the crew released 4,500 litres of fire retardant on the blaze, 200 feet above ground level.

Videos taken of the aircraft leading up the accident showed a number of passes were conducted at varying heights prior to the drop.

The C-130 was then observed to bank left before becoming obscured by smoke after about five seconds.

Around 15 seconds later, the aircraft was seen flying at a very low height above the ground in a “left-wing down attitude”.

Shortly after, at 1:16pm, the plane hit the ground and a “post-impact fuel-led fire” ensued. All three crew were killed.

A review of the Airservices Australia audio recording of the air traffic control frequency found no distress calls were made by the crew prior to the impact.

It is not yet known how much of an impact the weather conditions at the time played. 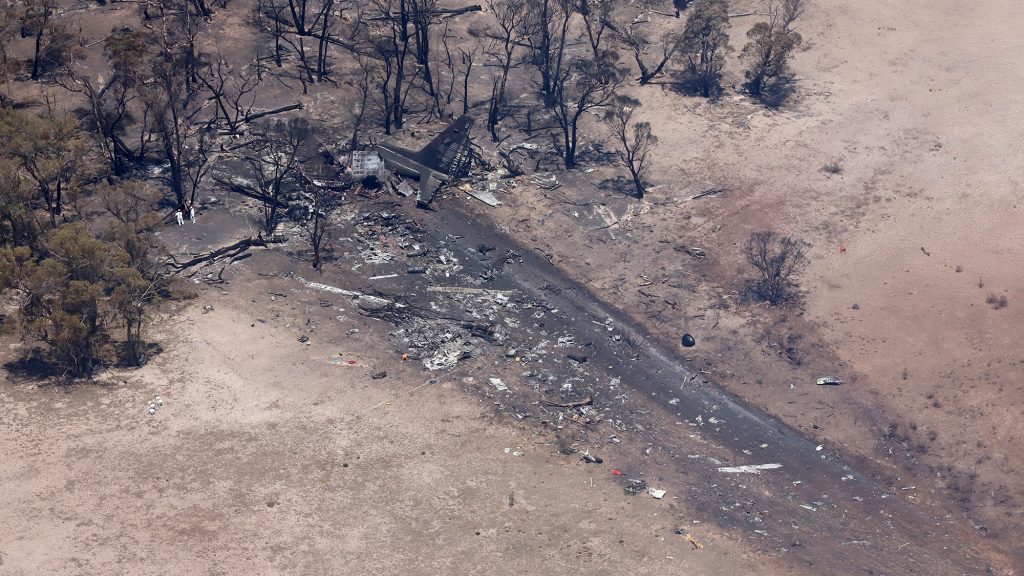 A 9:48am aerodrome forecast for the Cooma-Snowy Mountains Airport, 50 kilometres south-east of the incident, shows wind conditions up to 48 knots, with “severe turbulence” below 5,000 feet above ground level. A later weather observation, 11 minutes prior to the accident, showed winds gusting to 39 knots.

Crucially, no audio was recorded from the in-flight cockpit voice recorder, despite the device being recovered intact. All recovered audio was from a previous flight when the aircraft was operating in the US.

Cockpit voice recorders are usually designed on an “endless loop principle”, meaning the oldest audio is continuously overwritten by the most recent recording. The model on the C-130 had a recording duration of 30 minutes.

Hood said, “Audio from cockpit voice recorders often play an important role in aircraft accident investigations, however, our investigators do have a range of other evidence, including witness videos, at their disposal in building a comprehensive understanding of the accident sequence.

“The ATSB would also like to acknowledge the support of the NSW Police Force, the NSW Rural Fire Service, NSW Fire and Rescue, the Australian Defence Force in facilitating safe access to an active fire ground and supporting our on-site investigation team.

“We also acknowledge and thank the warm-hearted support of the communities of Peak View and Cooma during the ATSB’s extensive on-site deployment.”

She said, “Honestly, I just think about how much I miss my dad… it sucks.

“As a father, he was super supporting, he always made sure my homework was done, he always wanted me to do the best that I possibly could at school and have as many opportunities as I could.

“I just want everybody to see how wonderful he was as a person.

“I know everyone calls him a hero, but overall with his family and everything, I just want everyone to realise that all around he was just a wonderful person.”