A bushfire survivor living with a disability who lost his home in a massive bushfire is backing calls for authorities to do more to help vulnerable people prepare for longer and more intense fire seasons.

Tom and Lynn Armington lost their house, cars and pets in a 2014 bushfire in the Perth Hills which destroyed more than 50 homes.

On the morning of the fire Mr Armington, who is blind and in a wheelchair, picked up the telephone to an automated telephone alert system.

“And I heard this kind of unearthly alarm sound [and then] Emergency! Emergency!” he recalled.

The couple only had a vague household bushfire plan, and in hindsight they were not at all prepared for what was to come.

Mrs Armington knew she had to get her husband to safety as soon as possible.

“I was worried that if we get stuck anywhere it is not like he can get out of the car and run or anything,” Mrs Armington said.

She decided to take him to a shopping centre a short drive away before returning to the house for their pets and some belongings. 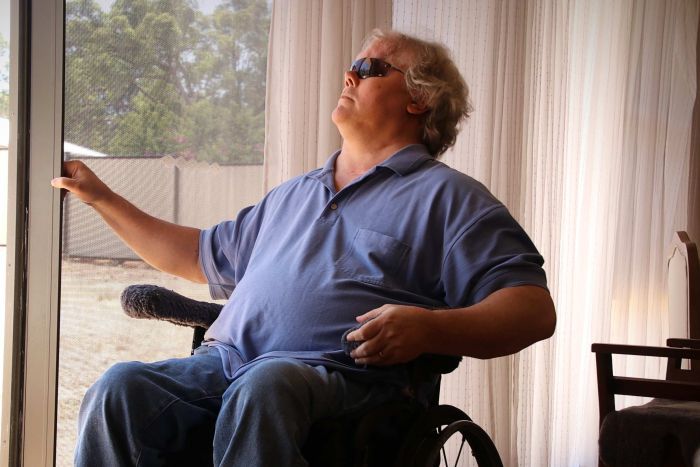 PHOTO: Tom Armington said his wife was his ‘hero’ after she took care of him when their house went up in flames. (ABC News: Rhiannon Shine)

But traffic chaos ensued as people evacuated, and the ordinarily short journey became a 40 minute round trip.

Shortly after she returned to the house it caught fire, as well as both of their cars, leaving her to run for her life through flames, burning her arms.

Picking up the pieces and making a plan

Mr Armington, still waiting inside the shopping centre, later received a tap on the shoulder.

“When I felt a tap on my shoulder at the shopping centre, I thought it was Lynn,” he said.

“It wasn’t. It was a lady I didn’t know, and she said Lynn was at her house and that my house had been burned.” 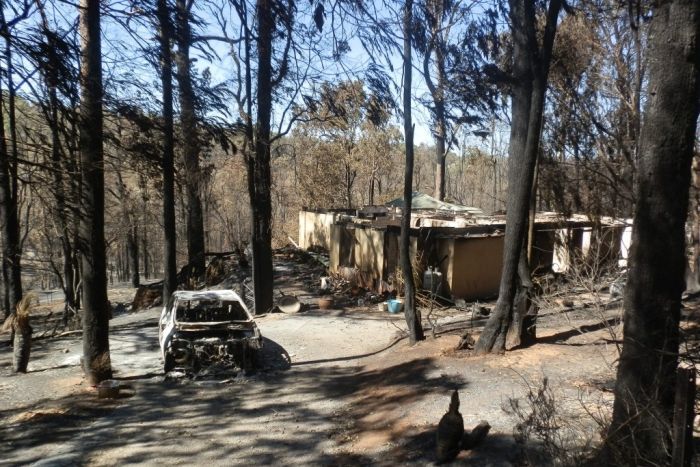 PHOTO: Ms Armington fled her house as it caught fire, burning her arms in the rush to get away. (Supplied: Tom and Lynn Armington)

After three years living in a small unit with limited accessibility features while battling with their insurance provider, the Armingtons have built a new house with a high level of bushfire protection.

They now had an extensive three-stage plan, typed out and stuck on their garage door next to an evacuation route map.

Mrs Armington said introducing themselves to their new neighbours and making them aware of her husband’s disabilities was one of the most important steps they had since taken as part of their bushfire preparedness plan. 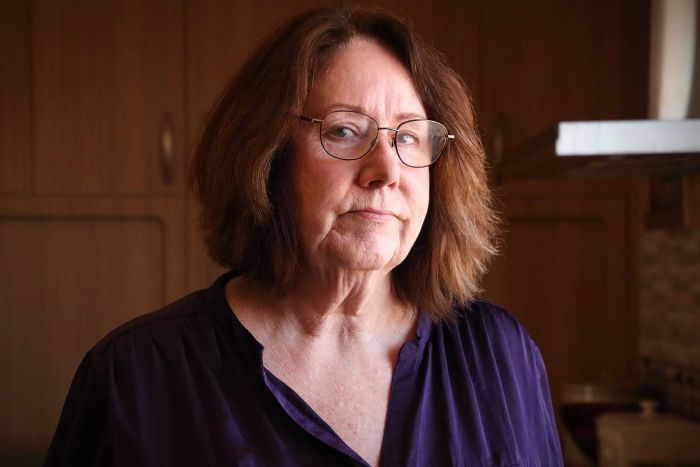 PHOTO: Lynn Armington made sure her husband was safe before running for her life through flames, as a bushfire engulfed their home. (ABC News: Rhiannon Shine)

Call for register of vulnerable people

Mr Armington said Lynn was “his hero” on the day of the fire, and believed he would be dead if she had not been there on the day.

He said he would like to see local authorities create a register of vulnerable people to ensure all at-risk people, especially those who lived alone, were prepared for an emergency. 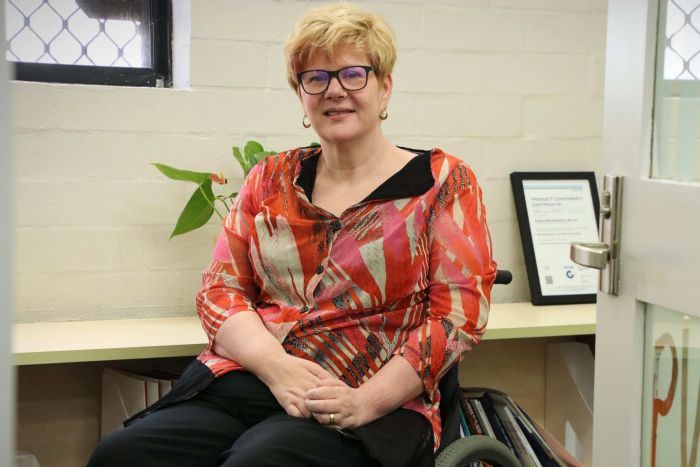 In a submission to the WA Government’s inquiry set up last year to investigate the implications of climate change on health, Ms Jenkinson said people with disability were at a distinct disadvantage when it came to their ability to be prepared for extreme events such as bushfires.

“The fires seem to be much more extreme, the fire seasons have extended, and people with disabilities who are often more vulnerable are going to be at a higher risk of being caught out in a bushfire,” Ms Jenkinson told the ABC.

“From a preparedness perspective we are concerned that some of the information about how to prepare is not necessarily getting out to people with disabilities in all of the formats people might need.”

‘It has become a big concern’: DFES

The Department of Fire and Emergency Services (DFES) At Risk Communities Program was created in 2015 for service providers in the aged care and disability sectors to learn about assisting their in-home clients to prepare and respond to bushfire emergencies.

DFES community preparedness manager Su Ferreira said the program was under review with the aim of improving it to ensure all vulnerable people were bushfire ready. 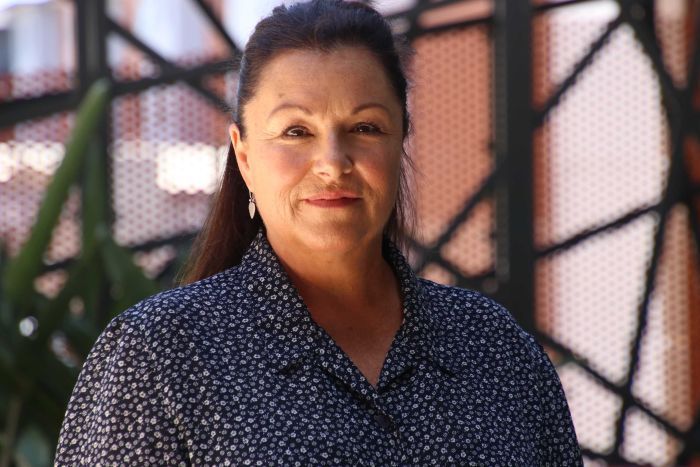 “It has become a big concern for us because we know that a lot of people have become a lot more vulnerable in bushfire prone areas, the season is stretching and the areas that are affected are getting bigger and bigger,” Ms Ferreira said.

“And that is a real problem for somebody with a disability who cannot act upon that information to get themselves safe.”

Ms Ferreira said it was extremely important for vulnerable people to have an evacuation plan, and for communities to identify any at-risk people.

She also stressed the importance of leaving early for people with disabilities, and not waiting for an automated alert, which was not guaranteed.

Not all at-risk people supported 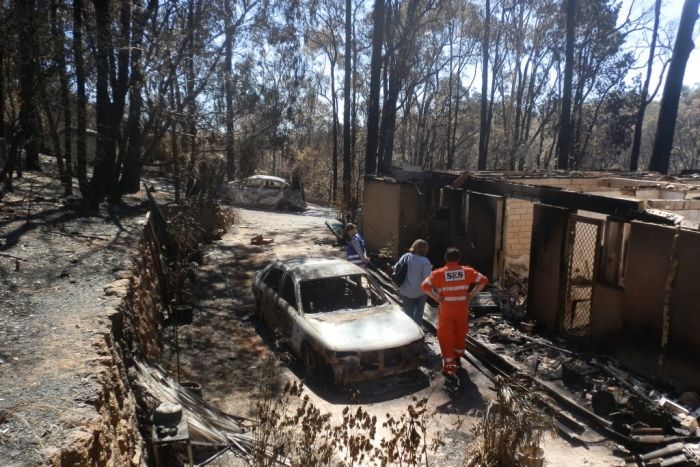 “The at-risk program provides resources for service providers that support people ageing or living with a disability,” she said.

“But that does not capture or support all people living independently with a disability or a vulnerability.

“So we are working to develop our capacity to engage more local community groups to help support those people so that they are included in more people’s bushfire survival plans.

“That may mean going to get someone from down the street to evacuate with them as well.

“We will be consulting all of the key stakeholders, agencies and service providers so that we understand the issues and the needs of people that are vulnerable in these areas.”

Ms Jenkinson said it was also important for evacuation centres to have accessible features and for replacement equipment to be readily available to disabled people impacted by fires.

The NDIS website stated participants impacted by the bushfires were being prioritised to ensure they could access any necessary supports such as replacement equipment, additional care or therapies.