After two and a half years of hard work from the community, Darlington Volunteer Bush Fire Brigade officially opened their new extension and truck bay at the Fire Station on Saturday the 14th of November. This addition takes the Perth Hills Volunteer stations’ capacity up to 6 bays, allowing enough room to house larger appliances like a large urban firefighting tanker and Bulk Water Tanker.

The project was predominantly funded by donations and fundraising from the community, with the addition of approximately $11 000 from the Emergency Services Levy, and the combined assistance in both monetary donations and labour contributions from the Shire of Mundaring, Motivation Training Centre/Ertech Construction Academy, Kennards, and many other local businesses, as well as local trades people and services. 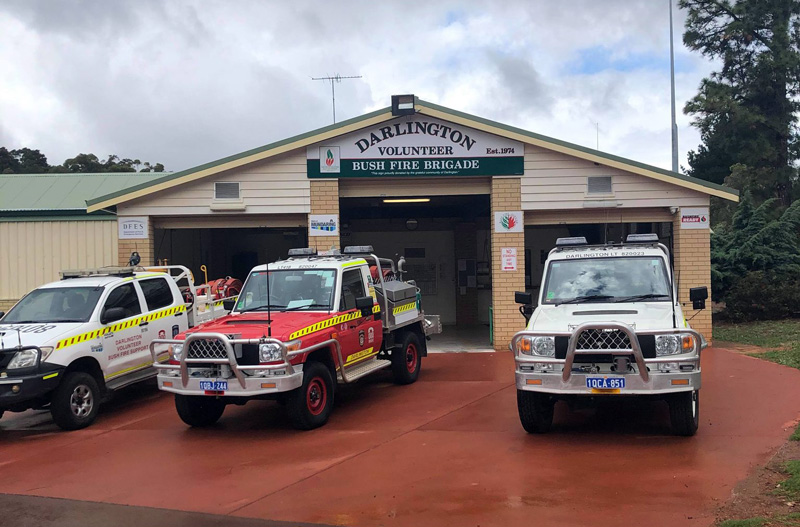 Prior to opening, the brand new station extension was formally blessed by DFES Chaplain Dennis Sudla. This was followed by a ribbon cutting by the Fire & Emergency Services Commissioner Mr Darren Klemm and Darlington Brigade President Eric Baldock. Other attendees included Government, DFES, Shire and community dignitaries and guests, including the Member for Hasluck – the Hon Ken Wyatt MP, the Member for Kalamunda – Mr Matthew Hughes MLA, as well as an accumulation of volunteer and career firefighters from around the area, Bushfire Volunteers’ Media Manager Sinead Burke and dedicated community members of course.

Bushfire Volunteers would like to formally congratulate Darlington on the finishing of this extension, and recognise all involved community members for their great effort and contribution to the cause. Great work team!