A summer marked by hazardous air quality and bushfire smoke may have cost 31 Canberrans their lives, according to a new study published in the Medical Journal of Australia.

The study did not analyse pre-existing conditions but measured what public health experts describe as “excess deaths”, or the factor by which observed mortality rates exceed expected mortality rates when major risks like heatwaves, bushfires, pandemics, famine or war are present.

The study estimated that in the ACT, 229 people were admitted to hospital – 82 for cardiovascular problems, and 147 for respiratory problems – while 89 people attended the emergency department because of asthma-related issues.

There were a total of 417 estimated excess deaths because of the bushfire smoke and 4,456 hospitalisations and emergency department visits across NSW, Queensland, Victoria and the ACT.

NSW was the worst-affected state, carrying more than 50 per cent of the burden after most of the state was ravaged by bushfires, some of which started as early as July.

Between October 2019 and February 2020, the concentration of PM2.5 – fine particles that irritate the respiratory system – exceeding the 95th percentage of historical daily averages was recorded by at least one air-quality monitoring station on 94 per cent of days.

The air quality in Canberra reached 22 times the hazardous threshold on New Year’s Day, dragged across from the South Coast by unrelenting easterlies. 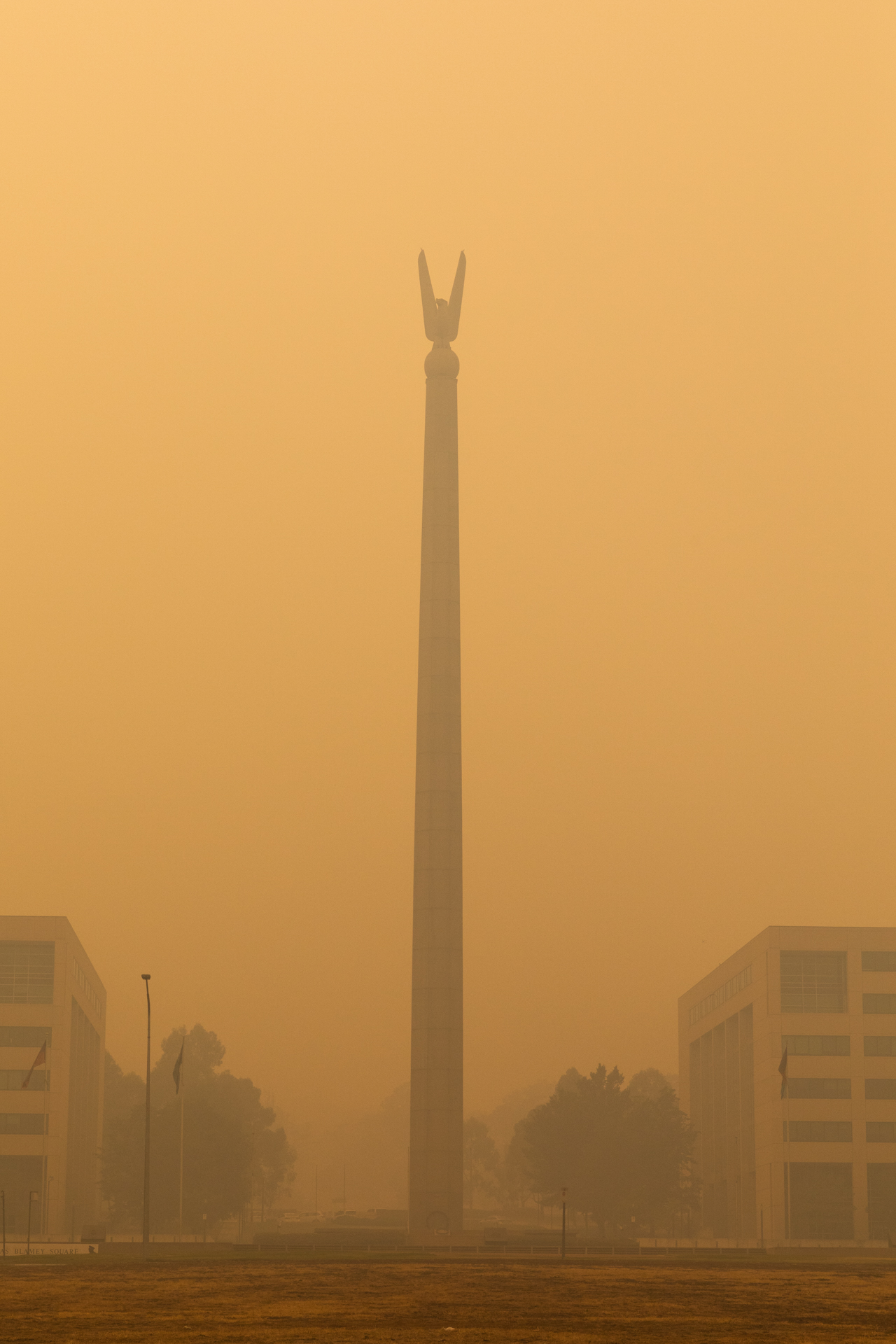 Leading environmental health expert from ANU, Professor Sotiris Vardoulakis, said that studies are yet to conclude what constitutes long-term exposure to particulate matter but there is no safe level of exposure to bushfire smoke.

“Bushfire smoke is a major public health concern. These very small particles in bushfire smoke can penetrate deep into the respiratory system inducing inflammation and even translocate into the bloodstream,” Professor Vardoulakis said.

“Mortality rates have been found to increase in Sydney on days with high bushfire smoke pollution.

“For most people, it [was] like smoking a few cigarettes a day – it increas[ed] the risk of developing lung and heart disease in their lifetime.”

The report also found that stronger bushfire mitigation and adaption techniques were urgently needed to help lessen the impacts and severity of future fires which are made worse because of widespread drought and heatwaves across Australia.