The Black Summer bushfires were an “ecological disaster” that has pushed Australia’s threatened species to the brink of extinction.

On Wednesday, The Royal Commission into the bushfires examined the impact of the fires on Australia’s unique natural environment and heard many of the most vulnerable creatures were directly in the fire’s path.

More than 8 million hectares of land was burned in the past fire season and 45 per cent, or 3.7 million hectares, of that land was nature conservation reserve, the commission previously heard.

The Commonwealth’s threatened species commissioner Sally Box told the commission the fires were declared an “ecological disaster” in January.

But they continued to burn for weeks after that.

“The impact of 2019-20 bushfires on threatened species and other flora and fauna has been severe,” Dr Box said.

The commissioner said the fires covered an unusually large area and burned with an “unusually high intensity”.

Of Australia’s 1800 threatened species, 327 were in the fire’s path and had at least 10 per cent of their known distribution damaged.

“The entire known range of some species was burned,” she said.

Of the 327 threatened species in the path of the fire, 49 species lost more than 80 per cent of their habitat.

A further 65 species lost 50 per cent of theirs.

That includes all types of living things — from plants to mammals, birds, fish, reptiles, invertebrates and more. 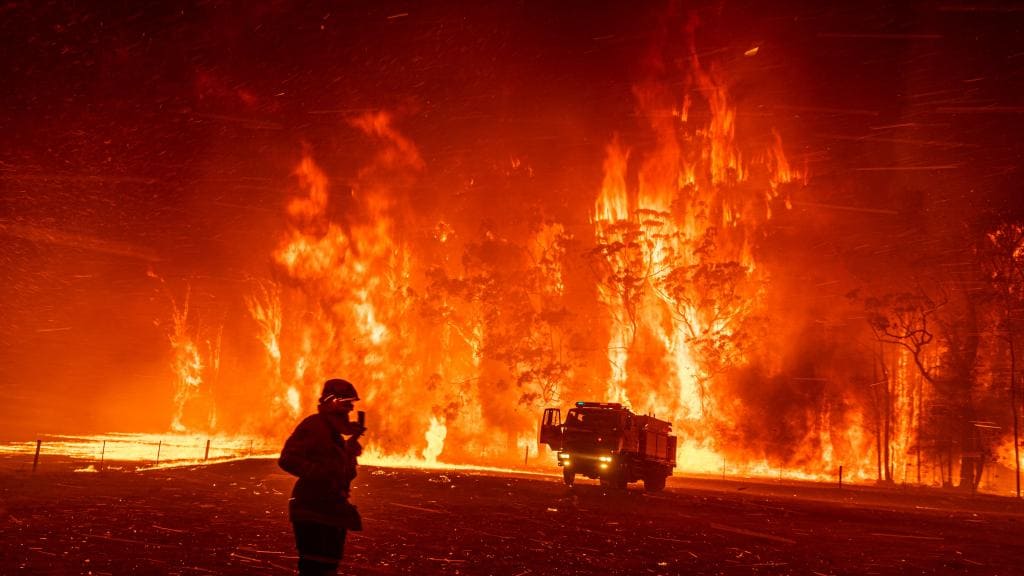 Australia’s 2019-20 bushfire season was one of the most destructive on record. Picture: Matthew Abbott/Panos

“For some species that were considered threatened before the fire, the fires have likely increased their risk of extinction,” the commissioner said.

Many that were “secure” have lost habitat and are now “imperilled”. More than 700 species need “urgent intervention”, the commission was told.

The Commonwealth Department of Agriculture, Water and the Environment also fronted the commission on Wednesday explaining the states still did not have a centralised list of species.

Historically each state has listed its own threatened species and “ecological communities” with their own data and definitions.

That posed a challenge to forming a co-ordinated response to the fires.

The states signed a memorandum of understanding in 2015 to synchronise their lists but when the fires swept through — more than four years later — it still wasn’t in place.

They struggled to even get a consistent map of what the fire damaged as a result, Ms Campbell said.

“It was harder than it should have been to get a map of where the fire scar was because everyone was working under different systems,’ Ms Campbell said.

“Conversations” and “workshops” between the governments overcame many of the issues but it wasn’t systemic, she said.