About Regional: “Why can’t we sue the government for not keeping us safe?” Bushfire survivors take NSW EPA to court

About Regional: “Why can’t we sue the government for not keeping us safe?” Bushfire survivors take NSW EPA to court

We share the article below with our members more for situational awareness than any other particular reason.

However, it hasn’t escaped us that the Climate Council’s “Emergency Leaders for Climate Action” (of which former WA FES Commissioner Wayne Gregson is a member) and advocacy like that described below will almost certainly guarantee that bushfires become a much more “political” issue from now on. 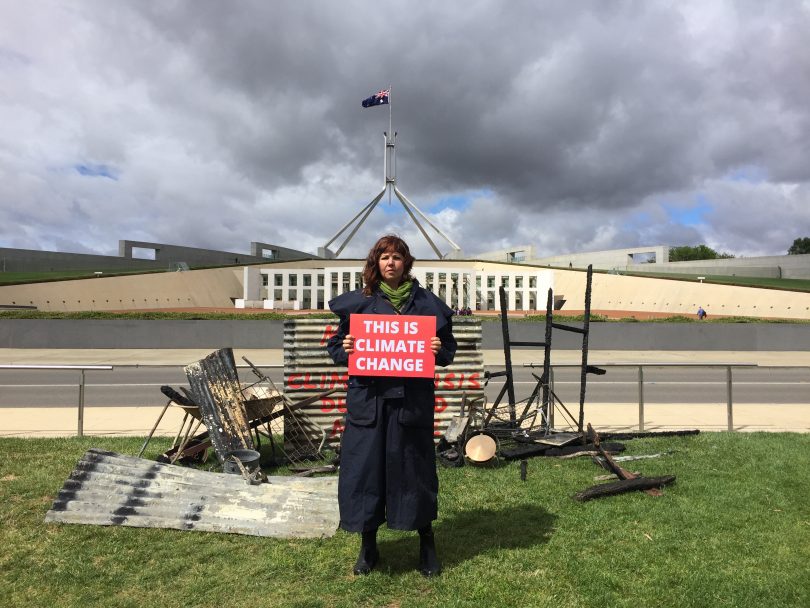 Bega Valley Shire Councillor Jo Dodds is one of a group of bushfire survivors taking the government to court over failing to act on climate change. Photo: Supplied.

Bushfire Survivors for Climate Action, a national group which has its origins in the Bega Valley, has announced it is suing the NSW Environment Protection Authority (EPA) for failure to act on climate change.

“We approached the NSW EPA last year and said we had noticed they don’t have a specific climate change policy,” says Jo Dodds, president of Bushfire Survivors for Climate Action. “They do cover climate change within other policies, but we think that’s not enough considering the danger climate change poses to all of us.”

The group now has legal representation from the Environmental Defenders Office (EDO) and the case may be heard in the NSW Land and Environment Court as early as this month.

“Our client, the Bushfire Survivors for Climate Action, seeks to compel the EPA to fulfill their duty and protect NSW communities by regulating greenhouse gases that cause catastrophic climate change,” says a statement from EDO. 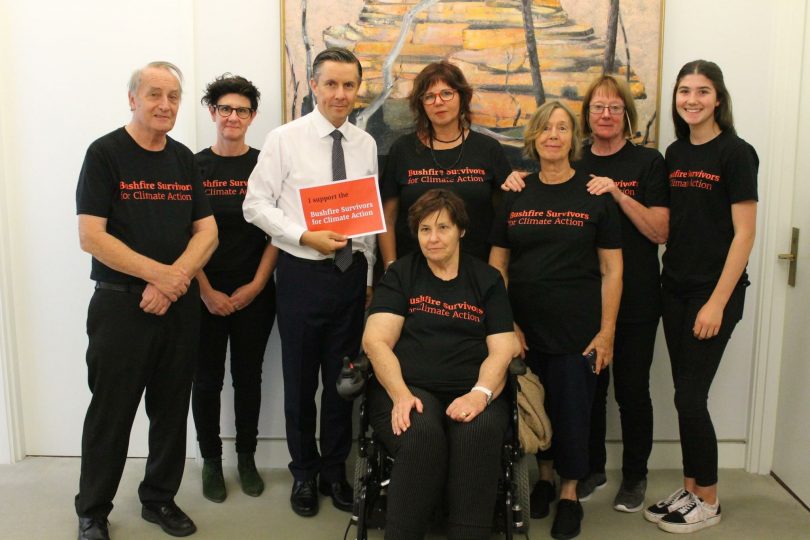 “Why can’t we expect our government to keep us safe?” asks Jo. “They’ve done a great job keeping us safe from risks such as asbestos, but climate change is a much greater risk.”

Jo, who also serves as a councillor on Bega Valley Shire Council, says that although she is not an extrovert by nature, putting herself on the frontline of climate action helps her sleep at night.

“Once you’ve seen the truth about climate change, you can’t unsee it,” she says. “There’s not a lot of respite. This is my way of coping with that truth.”

The Bushfire Survivors for Climate Action group was formed following the 2018 fires at Tathra, on the NSW South Coast, which burnt 70 houses and came frighteningly close to Jo’s home.

“The group came about because there were so many of us who had been directly impacted by bushfire and we realised that telling our stories was the best way to create change,” explains Jo.

“Personal stories take climate change out of the realm of science and politics, which allows a different conversation about the damage that climate change is causing.” 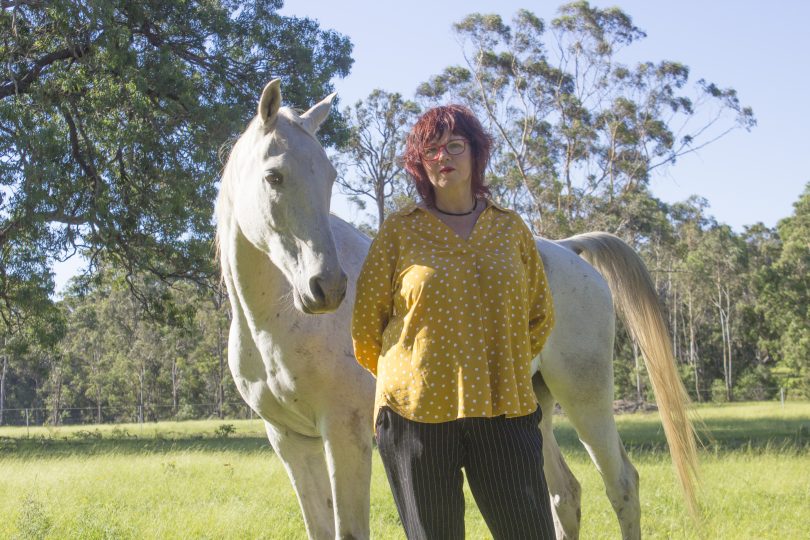 Jo Dodds and her horse, Raf, at home in Tathra on the NSW South Coast. Photo: Supplied.

Greenhouse gas emissions are currently not treated as pollution, although their impact lasts much longer than many forms of pollution.

“Greenhouse gases need to be measured, regulated and compensated for,” says Jo. “They are doing damage to the environment that other people rely on.”

One of the effects of greenhouse gases is a changing climate that leads to an increase in the frequency and severity of bushfires, which, as well as devastating wildlife and disrupting lives and the economy, impacts human health.

The Medical Journal of Australia reports that 400 people died and another 4000 were hospitalised due to inhaling smoke in NSW during the 2019-2020 summer bushfires.

The health of some members of Bushfire Survivors for Climate Action still suffers because of inhaling bushfire smoke.

“We all have different backgrounds and different stories, but we are united in putting the human costs of not acting on climate change in front of the policymakers,” says Jo.

She explains that the group has no desire to punish the EPA, rather it wants to help the department do the right thing. Jo has great admiration for the Minister for Energy and Environment, Matt Kean.

“We are keen on Kean!” she laughs. “It’s very courageous of him to have backed the truth about climate change.”

Jo encourages anyone across Australia who has been impacted by bushfire to get in touch, even if it is indirectly through watching friends and family lose homes or businesses.

“Don’t give up and don’t stay silent,” she says. “If you lived through this summer’s fires and were scared, join us and tell your story.”

“Why can’t we sue the government for not keeping us safe?” Bushfire survivors take NSW EPA to court