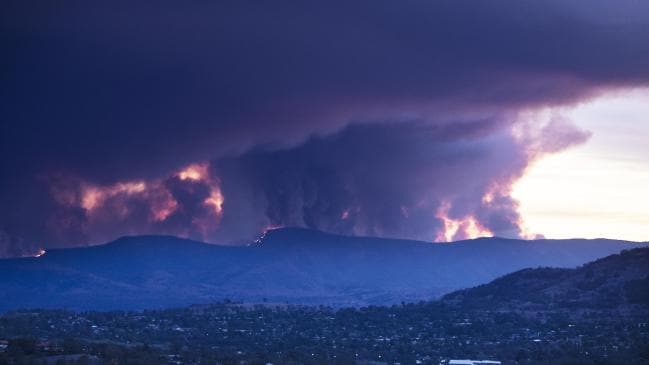 The bushfires that ravaged Australia this summer brought the country together. It also led to a lot of misinformation being spread.

The bushfires that ripped through Australia this summer were the perfect storm, cultivated by bad drought, climate variability and climate change.

Even as they raged, much misinformation was spread as to what caused them and why.

Today, news.com.au launches its series Time Is Now, focusing on how climate change impacts Australians’ way of life. The series draws on the insights and extensive research of scientists, in special partnership with Judith Neilson Institute for Journalism and Ideas and the Australian Science Media Centre.

Here’s some of the myths we’ve heard about bushfires.

Sure, bushfires are part of Australia’s wild landscape and many species of trees and plants need fire to regenerate but, we need to look at what the experts say.

This year’s Australian bushfires were unprecedented for many reasons, the most obvious being there were more ferocious thunderstorms than we’ve ever seen before.

In the southern states most heavily impacted, the fires started much earlier in the fire season – in some areas, months earlier than normal.

The background environmental conditions – warm and very dry landscapes – combined to favour the generation and spread of bushfires.

Tragically, reports suggest millions of native animals have been killed by the fires – a much larger number than in any previous bushfire event.

The intensity and ferociousness of the fires in many areas were much greater than firefighters have experienced in the past and we must remember they are the experts with the relevant experience.

Fires were simultaneously spread across a much larger area of NSW and Victoria than at any point in the past – with some so called ‘mega blazes’ combining to really challenge firefighting experts.

Overall the fires have had far reaching and massive economic as well as human emotional impacts that far exceed anything we’ve ever experienced before and, in fact, a new national survey by the ANU reveals 80 per cent of all Australian’s have been affected one way or another by the bushfires – the largest ever. 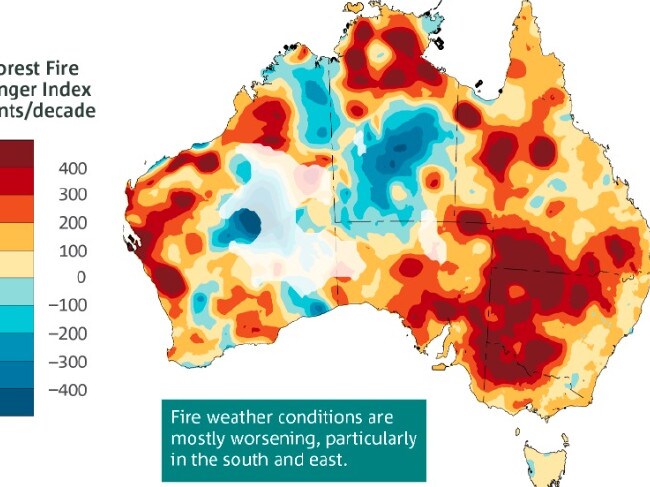 How the bushfires ripped across Australia this summer. Source:Supplied

MYTH 2: CLIMATE HAS NOTHING TO DO WITH THESE BUSHFIRES

Connected to the first myth, lots of stories have circulated saying that climate has nothing to do with the bushfires experienced in the 2019/2020 Australian summer. This is nonsense.

Climate refers to the ‘long term’ average of factors such as temperature, wind speed, rainfall and humidity at a particular point on the land surface – say over Perth.

And by long term we mean over 10 or 20-year rolling averages.

This contrasts with ‘weather’ – the temperature or humidity outside your building right now. Weather varies quickly but climate takes longer to change.

However, the climate in Australia has been changing. For example, over the past 100 years, average Australian land surface temperatures have risen by about 1C, which is remarkable. Obviously, a warmer climate is a climate where fires can more easily start and spread.

The other big issue is that Australia is in the grip of a very significant drought.

Even with widespread heavy rainfall across large parts of Australia in early February 2020, the Bureau of Meteorology ‘s most recent drought, rainfall deficiency and water availability estimates released on February 6 show vast regions of Australia, over the past 22 months, have had the lowest rainfall records.

East Australia has seen record low rainfall the past three winters which has majorly contributed to the drought.

On top of that, others drivers of Australia’s climate intensified the drought and extreme heat over winter and spring, which was also conducive to horrible bushfire weather.

This all happened on top of a 1C warming trend.

Increasing temperatures and lower rainfall both combine to show how climate has an impact on setting the stage to favour bushfire occurrence.

Much misinformation has been spread in Australia and overseas this summer about arsonists being responsible for our summer of unprecedented bushfires.

Plain and simple – this is wrong.

While sadly it is true that every year a handful of fire bugs start fires – all mostly very small – less than 1 per cent of the land burned in NSW this year is the result of the work of arsonists. The figures are even lower in the other states and territories.

The vast majority of the 2019/2020 Australian bushfires were all started by dry lightning strikes including the largest mega-blazes in NSW.

“I can confidently say the majority of the larger fires that we have been dealing with have been a result of fires coming out of remote areas as a result of dry lightning storms,” he said.

The Gospers Mountain “mega-blaze” and the Green Wattle Creek fire, which were both near Sydney, were ignited by lightning.

All the major blazes in the Snowy Mountains and South Coast which took hold on New Year’s Eve were also started by lightning. This includes the Dunns Road and Green Valley fires that burnt near the state’s south border. 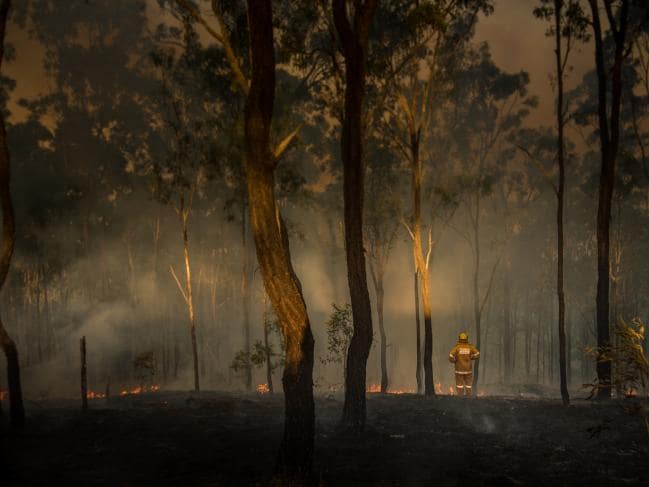 This is rubbish. Hazard reduction or back burning is when the dry, dead vegetation that fuels fires is deliberately burned off by fire officials to reduce the overall effects of future or actual fires.

While important, a widely spread myth this season is that a green conspiracy has meant that fire officials have been denied the opportunity to undertake hazard reduction burns. This is just not true.

NSW Rural Fire Service Commissioner Shane Fitzsimmons has clearly indicated that in NSW the fire authorities have managed to undertake about 90 per cent of their planned hazard reduction burns anyway.

And once fires of the scale and intensity of those we witnessed this summer take hold, hazard reduction burns are unsafe for firefighters and largely ineffective as the fire behaviour is so complex and extensive.

Aside from not being in power, the Greens don’t have anything in their policies to say they’re against hazard reduction burning.

When watching the devastating fires on TV it can leave you feeling powerless and unable to do anything.

But, this is not true and there are many simple things we can do as individuals, families, households and communities to mean the fires we have just experienced don’t become the new normal.

Being prepared is the key. Simple examples of things that can be done to ensure future bushfires are not as bad as those we’ve just seen include:

For lots more simple and handy tips of things you can do, check out the Rural Fire Service Bushfire survival guide.