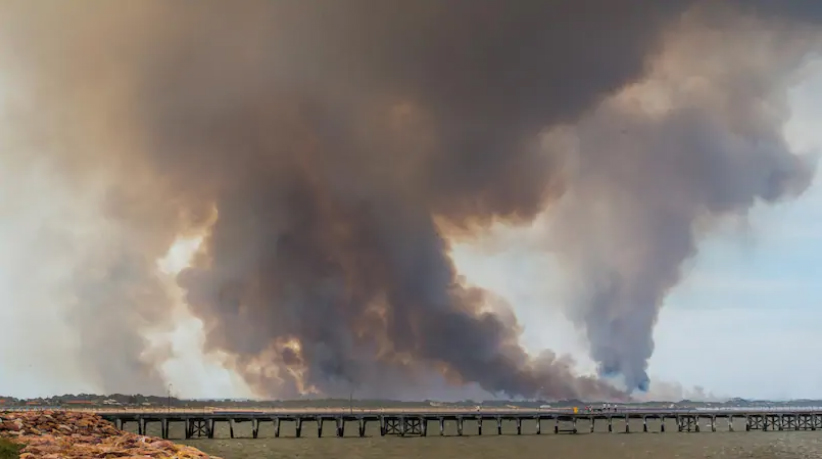 The Shire of Esperance will lobby for firefighting vehicles with all-terrain capability amid fears the current fleet is putting lives at risk.

Councillors have been told the shire’s fleet is more suited to metropolitan areas, putting volunteers in danger.

Shire of Esperance chief executive Matthew Scott will also request specific purpose-built all-terrain 4×4, 6×6 and 8×8 cab chassis-based vehicles be included in the existing fleet for rural brigades, with the WA Local Government Association to be approached to help lobby for the trucks to be introduced.

Shire of Esperance president Ian Mickel said the council would continue to work with DFES to reduce the risk to the safety of local emergency service volunteers.

“We value them highly and that’s why this issue is being discussed because the volunteers have come to us and said they would like something done about this.”

In Esperance during the big fires, there were trucks breaking down because the electronics caught fire, but that’s what you get when you put a highway truck into an off-road environment

Association of Volunteer Bush Fire Brigades president Dave Gossage said if trucks designed for fighting fires in metropolitan areas continued to be allocated to regional WA, the lives of volunteers would be at risk.

“As an association, we have been fighting for 20-odd years trying to get some decent vehicles for off-road firefighting into WA,” he said.

“There are vehicles out there that are designed for off-road firefighting and all-terrain that has been available for quite some time but up until now have been ignored.

“In Esperance during the big fires, there were trucks breaking down because the electronics caught fire, but that’s what you get when you put a highway truck into an off-road environment.”

Mr Gossage said vehicles deployed to regional areas should also be equipped to carry large quantities of water to account for limited access to fire hydrants.

“In the past the philosophy has been, oh we’ll just plug into a hydrant, but we don’t have them out in the middle of the bush and that’s what has been frustrating for the volunteers,” he said

Mr Gossage commended the Shire of Esperance and said the association would not stop until regional WA received purpose-built firefighting vehicles.