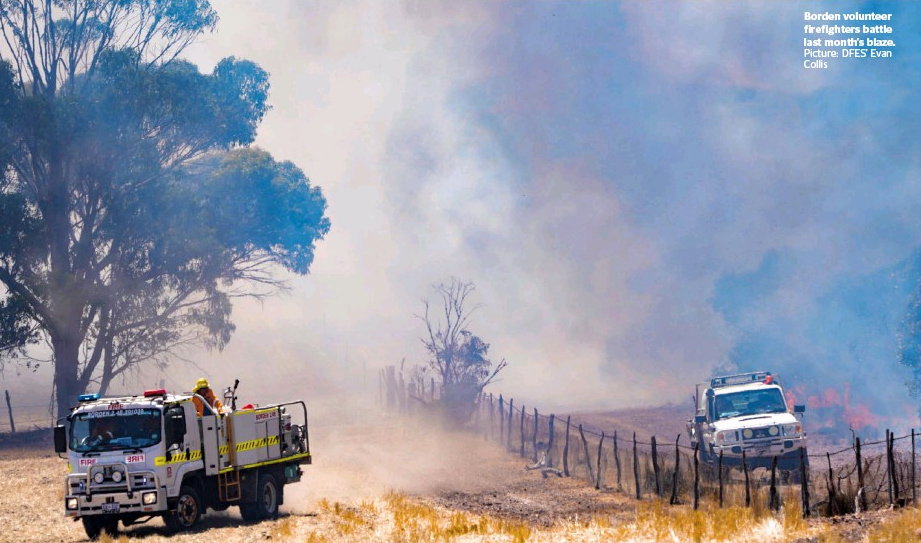 The Shire of Gnowangerup has thrown its support behind a push for a fire truck to be based near the Stirling Range National Park after the second bushfire emergency in two years. Fire-weary farming communities around the Stirlings say their calls for a dedicated truck stretch back 20 years. The push has been backed by Shire president Fiona Gaze, whose husband and son are volunteer firefighters.

The fire-weary farming communities around the Stirling Range have banded together to call for a new fire truck to help them respond to blazes on the edges of the national park.

Farmers say the community has been pushing for a dedicated vehicle for the past 20 years, but recent bushfires have given the push new impetus.

Fire emergencies have sparked evacuations around the national park twice in the past two years.

Borden Volunteer Bushfire Brigade secretary Paul Richardson has been working with the Department of Fire and Emergency Services to complete a resource-to-risk plan and secure a new heavy-duty fire truck.

The new truck would stay in Borden, while the brigade’s light truck — which is more suited to tricky terrain — would be based near the national park.

It would help the community respond to small bushfires on the fringes of the Stirlings.

The resources-to-risk plan needs to be completed by the end of June, with the Shire to learn if it had been successful early in the next financial year.

Mr Richardson said the frequency of bushfires and the jump in tourism had brought the need for extra resources into sharp focus.

“I think now it’s getting to the point where we definitely require something, especially with the last couple of years,” he said.

“We had the one in May that got out of the park — it could have easily done the same again this time around.”

The Shire of Gnowangerup is on board with the proposal, with Shire president Fiona Gaze throwing her support behind the local volunteer firefighters. 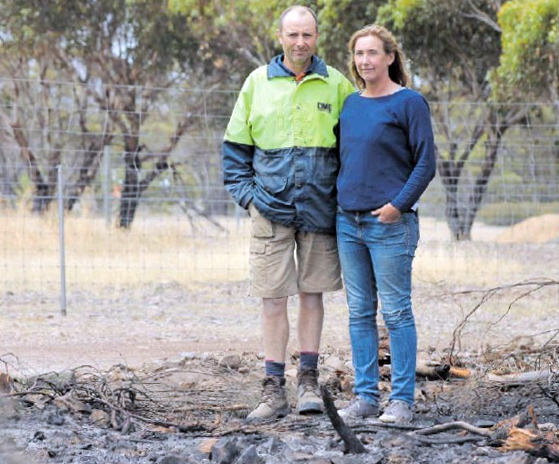 Cr Gaze’s husband and son are volunteers with the Borden brigade.

“We need to be guided by the people that are organising and fighting those fires,” Cr Gaze said.

“If they feel like they need more support or appliances or assets, then they are the ones that know that. They’re the ones who are going to be there fighting the fires.

“There have been three in the last couple years. It’s not like it’s a once-in-10-year event any more.”

John Byrne, the owner of Mt Trio Bush Camp and Caravan Park, was fighting the fires for almost a week straight.

At one point, all three mountains to the rear of his property — Mt Trio, Mt Hassell and Mt Toolbrunup — were alight as the fire front moved towards his home.

Charred bush near his boundary fence shows how close the flames came.

Mr Byrne and his wife Margot said a dedicated fire truck would have come in handy for the fire in the Camel Lake Nature Reserve.

They have set up a GoFundMe account to raise money for the construction of a shed for the truck. 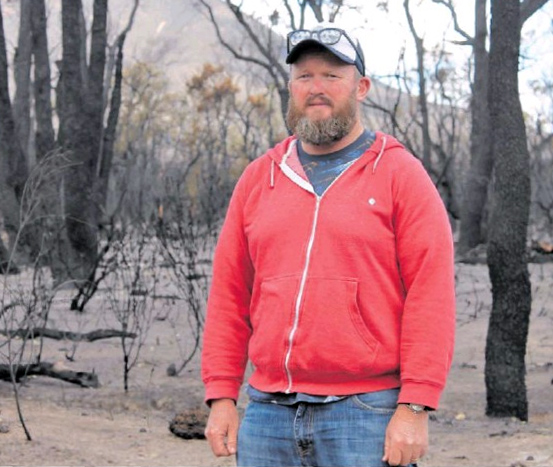 “The units to fight that came from Cranbrook and Tambellup,” Mrs Byrne said.

“Cranbrook’s half an hour away and Tambellup would be 45 minutes away, so firstly those crews have to come in off those farms and get their trucks here.

“If you’ve got a fire truck here, you’ve got people right here, you can get into it and get started.

“Tourism is increasing all the time, so it’s almost negligent not to have something here to protect people.”

Amelup farmer and volunteer firefighter Darren Moir said the push for a fire truck had gained momentum in the past five years.

“Certainly with this boundary, you’ve got with this park, it’s quite a dangerous thing,” Mr Moir said.

“Our Shire just seems a bit light on . . . having something always at the ready is very important.” 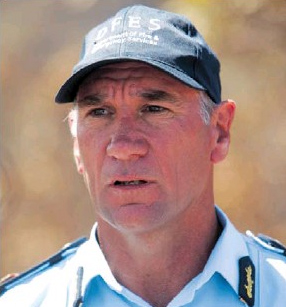 Department of Fire and Emergency Services Great Southern Superintendent Wayne Green said he was aware the community wanted a truck, but the process had to run its course.

“Obviously the Shire of Gnowangerup and the brigades surrounding Bluff Knoll and the Stirling Range aren’t the only shires and brigades that are in need of vehicles across the State,” Mr Green said.

“Those who are in most need of these resources and assets will receive them as soon as they’re available.”

“I would like to thank all the volunteers and career officers for their hard work and selfless service during the recent Stirling Range fires,” Mr Logan said.

“I have heard nothing but praise for how well everyone worked together including the local governments, Parks and Wildlife, DFES and the volunteers.”