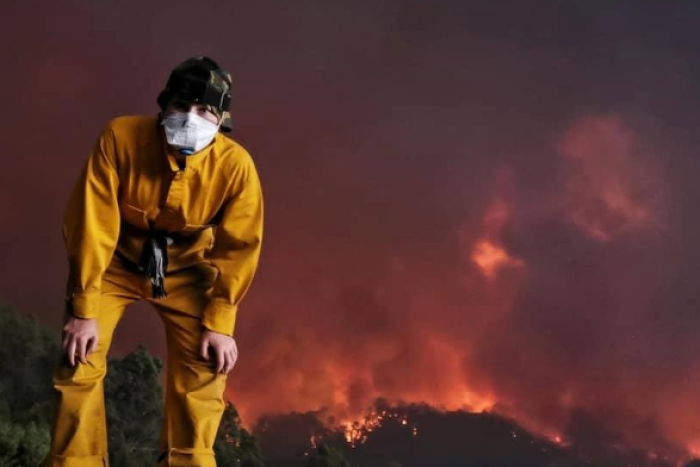 PHOTO: 19-year-old India MacDonell stayed to save her house from fire on New Year’s Eve at Goongerah, because she knew she had a bunker to retreat to if she needed. (Supplied: India MacDonell)

More than 2,500 homes have been lost in Australia this bushfire season, resulting in architects and residents in bushfire affected communities reconsidering building designs.

The fate of a home in the path of bushfire depends on the wind, the topography, building materials and factors like the dryness of landscape.

CSIRO bushfire adaptation research leader Justin Leonard said there was no such thing as a fireproof house.

“We will always lean towards having combustible furniture, curtains and other features. After a fire event, it’s really all of these internal furnishings and aspects of the house that burn — that form that extensively burnt pile of rubble.

“Even if you do everything you can to fireproof the house design itself, all you have to do is leave a window open, or open a door and you’re not fireproof.” 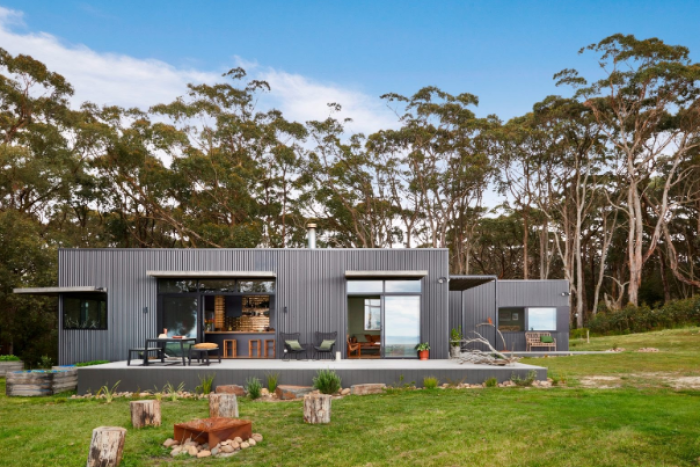 PHOTO: House designs are talked about as being fire resilient rather than fireproof. This house is in Fish Creek Victoria, is built to a ‘high risk’ standard. (Photo: ArchiBlox Design)

So how fireproof can you actually be?

“A house and its performance in bushfire follows the weakest link principle,” Mr Leonard said.

“You can do all these wonderful things with your design but if you miss one or two key details, more or less those weaknesses will determine how your house burns down.”

Mr Leonard said there was no one solution because every landscape and situation was unique.

He said there were building designs that would withstand fire better than others.

“Some designs have earth over the top, they use double brick and cement — non-combustible materials,” he said.

“You have to think beyond that though: what’s under the facade of the house? What if extreme fire weather loosens your steel or tile clad roof, what if embers get under that? The cavities within the house need to be non-combustible.”

Mr Leonard said we need to change the way we design our homes.

“Having large numbers of houses burn down during these fire events is neither a socially or environmentally acceptable outcome,” he said. 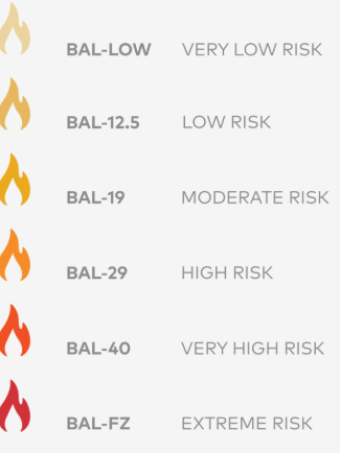 PHOTO: The bushfire attack level (BAL) measures how prone an area is to ember attack and fire. Different building restrictions exist around each BAL. FZ stands for ‘flame zone’. (Supplied)

Simon Anderson lives in Metung, East Gippsland, he is a structural civil engineer and works with people who are building in bushfire-prone areas.

“What’s the design solution? We all live in houses like kilns?” he asked.

Mr Anderson said theoretically you could build a completely fireproof house, but it would basically be a concrete box.

“You could build a reinforced concrete box and use oven glass as the windows,” he said.

“When the fire comes you can watch it go by and be safe and the building will be safe, except it will be black. But for the other 99 times out of 100 where you’re not going to have a fire, you’re going to have this beastly looking thing that’s not much fun to live in.”

There are different zones in fire prone areas, what zone your property is in determines the restrictions around your build.

The bushfire attack level classified as ‘flame zone’ has the strongest regulations around what you can build.

“How much a fireproof house costs, something liveable, you’re going to need a lot of dough,” he said.

Mr Anderson said most buildings were built to a standard that gives you enough time to remain safe.

“Depending on the rating, commercial buildings have to last 30 or anywhere up to 120 minutes and they’re designed to give you enough time to get out,” he said.

“And with a house in a bushfire area it’s the same sort of thing. It’s a building that’ll last long enough for the fire front to go through and for you to stay safe inside.”

Is having a bunker the solution?

India MacDonnell saved her house from a bushfire that hit Goongerah in East Gippsland, on New Year’s Eve. 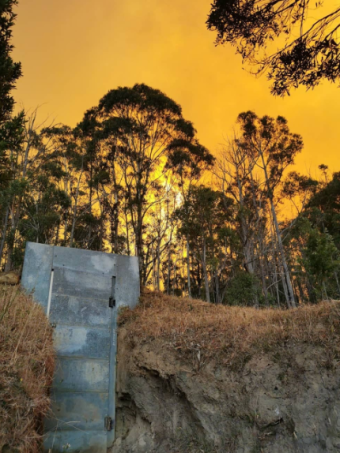 PHOTO: 19-year-old India MacDonell stayed to save her house from fire on New Year’s Eve at Goongerah, because she knew she had a bunker to retreat to if she needed. (Supplied: India MacDonell)

The 19-year-old said she stayed and fought the fires with her father because they had the reassurance of a fire bunker.

“Having the bunker is one of the main reasons I felt safe enough to stay and protect our house alongside my Dad, who’s experienced at fighting fires,” she said.

“Most of the time I knew it was probably around 10 metres away from me. And just having that option, that if I needed to retreat and save myself rather than the house, it was there and I knew I would survive. We had baked beans, tuna, water and first aid inside.”

Ms MacDonnell said when her family first got a fire bunker, it seemed extreme.

“It felt bizarre at first, but then it felt normal,” she said.

“You can’t always predict what will happen with fire.

“Even if you would choose to leave usually, if something happens quickly, having a bunker, if you get caught out, could save lives.”

“With a ‘flame zone’ everything has to be considered. So we wrapped the house in firecrunch, which is fibre cement sheet, then we used a timber look cladding made out of aluminium,” she said.

“There can be no space that can allow any ember to get in. Windows and any opening have to have a metal shutter.

While building a liveable, fireproof house has its challenges, what experts say is home designs will change with the frequency of bushfire events.

“It will become more popular to have houses that are inherently resistant to bushfire, and when this happens you’ll see the price become more realistic in the market,” he said.