ABC: Drinking water to be trucked into more than a dozen West Australian towns due to ‘unprecedented’ dry

ABC: Drinking water to be trucked into more than a dozen West Australian towns due to ‘unprecedented’ dry 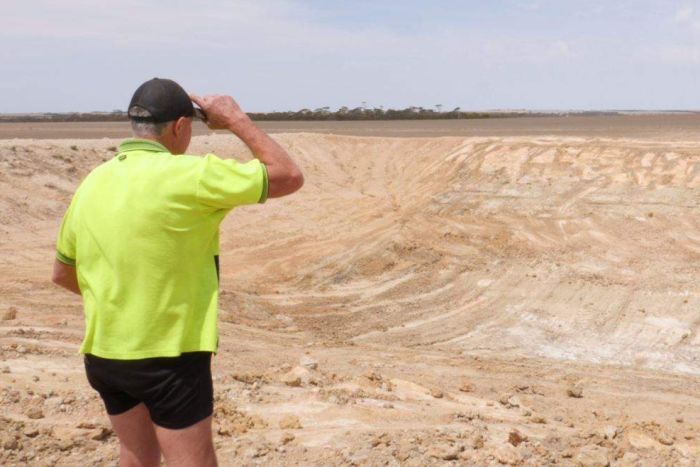 PHOTO: Drinking water set to be trucked into more than a dozen WA towns within weeks. (ABC Rural: Jon Daly)

The State Government has already been carting 11 million litres of drinking water into 10 towns and just announced it is set to deliver water to four more towns in the Great Southern district.

Water for livestock would also be trucked in to six farming areas, which have officially been declared water deficient.

The Water Minister said it was a unsustainable long-term situation, and urged the Commonwealth to come to the party.

But farmers and local governments in the hardest hit areas said it was not just a drying climate which has caused the problem, and have pleaded for more investment in dams, pipelines and other infrastructure to take advantage of the little water available.

“To have this many water deficiency declarations at one time is unprecedented,” he said.

“And to have so many town water schemes requiring carting at one time is also unheard of.” 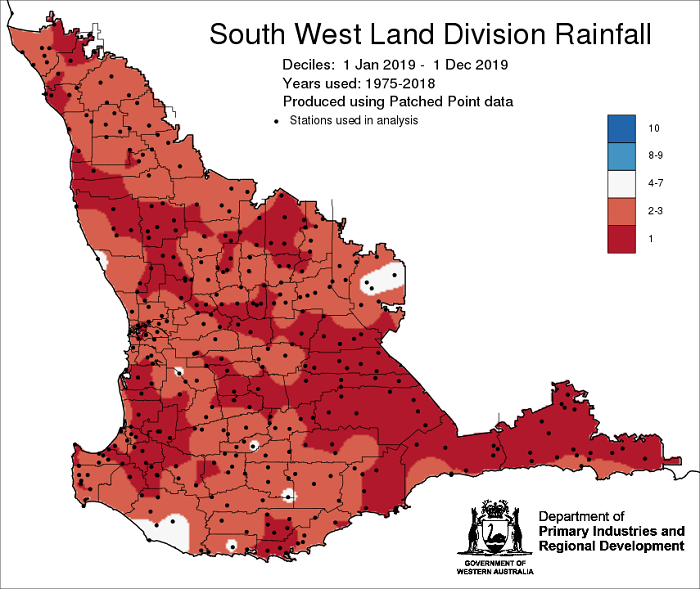 Average winter rainfall in the south-west corner of WA has decreased 20 per cent since 2000.

Noel Bairstow has been farming at Mallee Hill in the Shire of Lake Grace, 350 kilometres south-east of Perth, which was among six farming areas declared water deficient by the State Government.

Mr Bairstow said he had never seen such a prolonged dry spell. 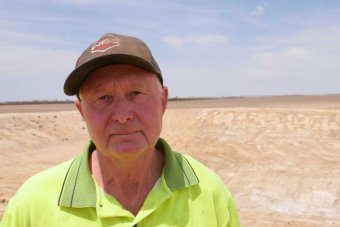 Mallee Hill farmer, Noel Bairstow says the climate is drying and there needs to be a lot more investment in water infrastructure. Photo: ABC

He called for incentives for farm infrastructure such as dams and desalination units for salty groundwater.

“What was happening with our old infrastructure was okay 20 years, but now, in this climate, it’s not going to be adequate at all,” Mr Bairstow said.

The water shortages have reignited long-running calls for the State Government to do more to upgrade dams and pipelines in dry areas.

But Mr Kelly said such criticism did not hold water, given Water Corporation dams were decommissioned when towns switched to scheme water.

“It would have been a nonsense five years ago to maintain that water infrastructure when it was no longer required,” he said.

“What we’re now finding is that we have the potential to bring some of those old dams back online for non-potable purposes.

Water trucked in to ‘rainiest’ towns

But the unprecedented dry has also raised questions about how water has been managed in WA. 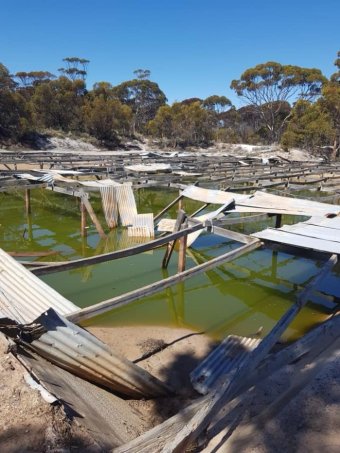 The towns of Northcliffe and Walpole, in the state’s lower south-west, have been having drinking water trucked in to maintain supply, despite being among the wettest towns in the state.

He found it hard to believe there was no other way to supply water in “the rainiest towns in WA”.

“It really is plain as the nose on your face … there’s no reason why the State Government can’t build dams both in Walpole, or fix up the ones they’ve got already,” Mr Omodei said.

“Water sources in the area that meet stringent health expectations are limited,” he said.

Mr Stewart added it was difficult to develop dams in sensitive wilderness areas, and water was trucked into Walpole only at times of high demand.

Water was trucked in permanently to Northcliffe, which is in the middle of forests, 350km south of Perth.

Mr Kelly estimated the cost of water carting across the state would hit $11 million by June, making the situation unsustainable.

“What we ultimately need is leadership at a national level to deal with the issues of climate change,” he said.

“There are very serious issues relating to water in Western Australia, and if we’re going to need to put in additional infrastructure to deal with it, we’d be hoping that the Commonwealth would come to the party.”

He said he had begun discussions with his federal counterparts about securing some national funding for WA water projects.

Last week, Prime Minister Scott Morrison and Drought Minister David Littleproud announced 35 WA councils would be added to the list of those able to apply for the Drought Communities Program.