Please note: The media statement below was published by WA Labor as a political Party, not the Government. 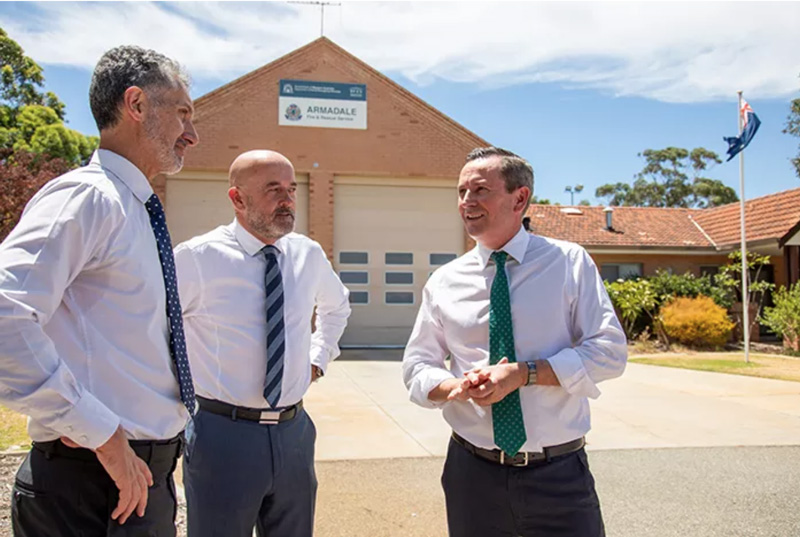 A re-elected McGowan Labor Government will bolster Western Australia’s firefighting capability and capacity with a $38.4 million infrastructure and support package.

The package includes the build of a new fire station in Perth’s south east, which will be fitted out with new appliances and equipment to service this rapidly growing area. The final location of the station will be determined by the Fire and Emergency Services Commissioner, following community consultation and based on operational needs.

The Goldfields region will further benefit from a $1.2 million expansion and renovation of the Kalgoorlie Fire Station, which will further support the increased firefighting capacity.

Additionally, if re-elected, the McGowan Government will invest $4 million to bring forward the roll out of  next-generation personal protective clothing for firefighters.

“Our firefighters do an incredible job, they serve to keep Western Australians safe.

“Our emergency services workers and volunteers put their lives on the line for their fellow Western Australians, which is why we’ve invested heavily in building key firefighting infrastructure, training and equipment to better resource and support them and to keep our communities safe.

“This commitment will be delivered if my government is re-elected, and builds on the significant investments this WA Labor Government has delivered in mitigation activities and strengthening our firefighting capabilities over the past four years.”

What the McGowan Labor Government is already delivering: