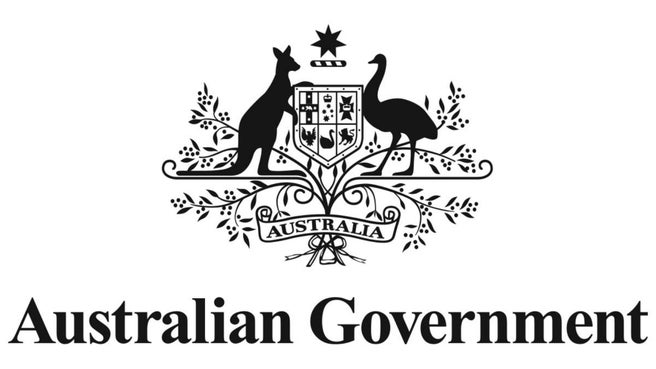 The Morrison Government has today released the Terms of Reference for the Royal Commission into National Natural Disaster Arrangements, informed by feedback from states and territories.

Prime Minister Scott Morrison said the scale of the Black Summer bushfires presented new challenges for all levels of government, which required a detailed national inquiry.

“My priority is to keep Australians safe and to do that, we need to learn from the Black Summer bushfires how nationally we can work better with the states and territories to better protect and equip Australians for living in hotter, drier and longer summers,” the Prime Minister said.

“In particular, we need to consider the need to establish new powers for the Federal Government to declare a national state of emergency to trigger direct Federal Government responses to national disasters, including the direct deployment of the Australian Defence Force. Currently, there are no such powers and Federal responses are supposed to only be undertaken in response to State requests and authorisations.

“During the Black Summer bushfires, we entered a  constitutional grey zone by directly initiating defence force deployments, utilising the first ever compulsory call out of Reservists, with over 6,500 ADF personnel serving in support of state and territory response efforts. But we did that without clear rules.

“The inquiry acknowledges climate change, the broader impact of our summers getting longer, drier and hotter and is focussed on practical action that has a direct link to making Australians safer.

“That’s why we need to look at what actions should be taken to enhance our preparedness, resilience and recovery through the actions of all levels of government and the community, for the environment we are living in.

“The overwhelming majority of the actions to protect Australians from bushfires are undertaken at a State level. Everything from resourcing our fire services and hazard reduction, to land clearing and planning laws. Even the declaration of emergencies, the areas that are designated to receive payments and in most cases the assessment and delivery of those payments, even when they are funded by the Federal Government, are all undertaken by the States.

“I believe Australians are wanting us to look at ways we can work together to give Australians greater assurances at a national level that these important tasks are getting done.

“I want the Royal Commission to begin as soon as possible with the final report due back by August 31, so recommendations can be acted upon before our next bushfire season.

“I want to thank Premiers and Chief Ministers for their consultative and collaborative approach in drafting the Terms of Reference. We have listened, valued their input and made changes to take on board feedback where appropriate.

“The national response to these devastating Black Summer bushfires is a shared responsibility of the Commonwealth, states and territories. We all have one goal – to protect people, property and wildlife.”

The Royal Commission is not going to duplicate the work of other inquiries. It will work with other inquiries announced by the States and it will also review the work and recommendations of previous inquiries.

This inquiry has a national focus and will look at three key areas:

The Royal Commission will be led by Air Chief Marshal Mark Binskin AC (Retd), who will be joined by:

“The three Commissioners are respected leaders in their fields and they bring a mix of expertise to the inquiry, including judicial, military and environmental planning and management backgrounds,” the Prime Minister said.

“The Commonwealth Government is already acting, providing whatever support is needed to bushfire impacted communities.

“We will do what is necessary to ensure communities rebuild, recover and build up resilience to these bushfires. That’s why we set up the National Bushfire Recovery Agency and gave them a $2 billion fund for clean-up operations, tourism support, wildlife recovery, local government assistance, small business reconstruction, primary producers, farmers, graziers, and families, as well as vital mental health support.

“This is in addition to over $100 million already provided in emergency payments for impacted individuals and families and payments for volunteer firefighters.

“It’s a long road ahead and we will be with these communities every step of the way as they rebuild.”

The Prime Minister has written to all State Premiers inviting them to issue concurrent commissions under their respective legal frameworks for Royal Commissions.

The concise Terms of Reference are below and the full Our Letters Patent can be found here.

Inquire into the following matters:

(a) the responsibilities of, and coordination between, the Commonwealth and State, Territory and local Governments relating to preparedness for, response to, resilience to, and recovery from, natural disasters, and what should be done to improve these arrangements, including with respect to resource sharing;

(b) Australia’s arrangements for improving resilience and adapting to changing climatic conditions, what actions should be taken to mitigate the impacts of natural disasters, and whether accountability for natural disaster risk management, preparedness, resilience and recovery should be enhanced, including through a nationally consistent accountability and reporting framework and national standards;

(c) whether changes are needed to Australia’s legal framework for the involvement of the Commonwealth in responding to national emergencies, including in relation to the following:

(i) thresholds for, and any obstacles to, State or Territory requests for Commonwealth assistance;

(ii) whether the Commonwealth Government should have the power to declare a state of national emergency;

(iii) how any such national declaration would interact with State and Territory emergency management frameworks;

(iv) whether, in the circumstances of such a national declaration, the Commonwealth Government should have clearer authority to take action (including, but without limitation, through the deployment of the Australian Defence Force) in the national interest;

(d) any relevant matter reasonably incidental to a matter referred to in paragraphs (a) to (c).

AND to have regard to the following matters:

(e) the findings and recommendations (including any assessment of the adequacy and extent of their implementation) of other reports and inquiries that you consider relevant, including any available State or Territory inquiries relating to the 2019-2020 bushfire season, to avoid duplication wherever possible;

(f) ways in which Australia could achieve greater national coordination and accountability – through common national standards, rule-making, reporting and data-sharing – with respect to key preparedness and resilience responsibilities, including for the following:

(g) any ways in which the traditional land and fire management practices of Indigenous Australians could improve Australia’s resilience to natural disasters.

And submit to Our Governor-General a report of the results of your inquiry, and your recommendations, not later than 31 August 2020.