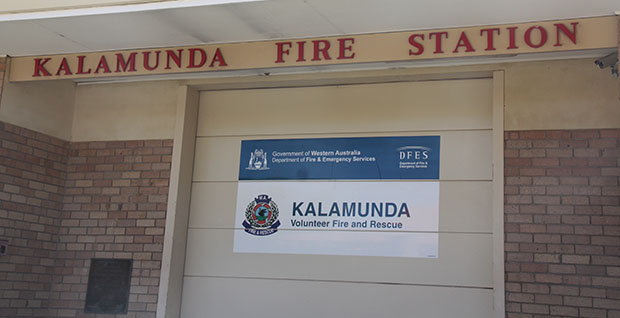 The Kalamunda Volunteer Fire and Rescue Service is one of the brigades that service the area. Image ECHO News

A LABOR election promise to bolster Western Australian firefighting capacity with additional infrastructure and a new $14.5 million career fire station in Perth’s south-east has been met with joy and doubt alike.

The announcement for the $38.4 million total package was made on January 7 amidst a week of bushfires blazing across the state, promising new career officers deployed to Albany, Geraldton and Kalgoorlie, a renovation to Kalgoorlie’s current fire station and the building of a new station in the Perth Hills.

Though comments on Premier Mark McGowan’s Facebook page this week were pleased with the announcement of the new station in Perth’s East, Bushfire Volunteers chief executive Darren Brown said he was sceptical.

“Our primary concern with specific funding announcements from any Party at this point in the election cycle is that they might be based on politics rather than risk,” he said.

“If they can provide evidence and data that says this zone is at an unusually high risk and tell us where the money is coming from, we will gladly support.

“But we aren’t aware of any evidence that supports this.”

Mr Brown expressed concern the funds would be taken from the Emergency Services Levy (ESL), where spending is allocated on a risk ranking basis.

“We welcome politicians promising policy review and reform, but they can’t be allowed to influence where resources are built or deployed,” he said.

“If there is even a small perception that emergency services decisions are being made for political reasons, it will cause another rift between the services and brigades that have what they need and those who have to sell sausages and lamingtons to raise money for basic equipment.”

The exact location of the proposed south-east fire station is not yet known.

The two closest career fire stations to Perth’s south-east are the Armadale and Midland Fire Stations.

“The southern corridor is one of the fastest growing areas in Perth and there is a need there,” a spokesperson for the Premier said.

Mr Brown questioned why DFES had not prioritised this area if it was at such a high risk.

“If it is an identified risk, why is the new station dependant on a particular Party getting elected?” he said.