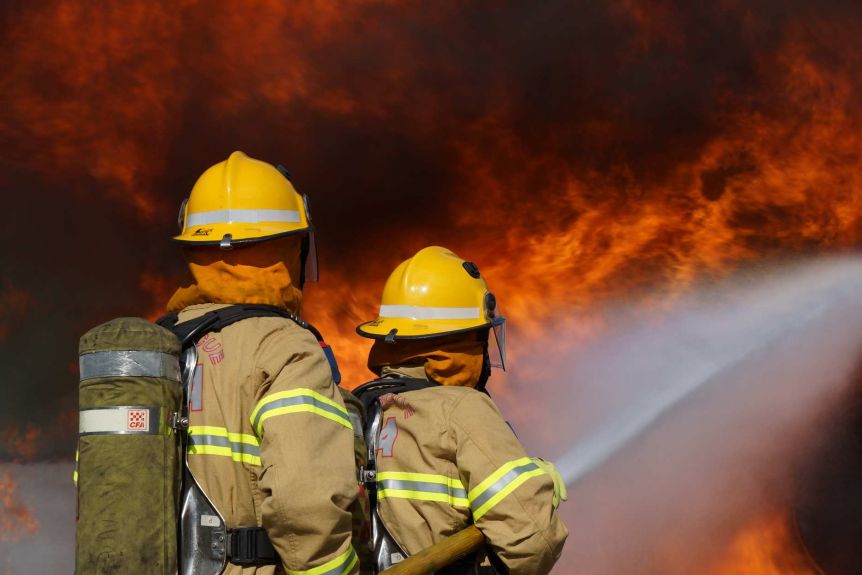 Firefighting has been dogged by turf wars between Victoria’s volunteers and career firefighters for years.(Supplied: CFA)

As Victoria’s troubled fire services are rocked by the resignation of a top fire chief less than a week before a controversial overhaul of their system, fresh concerns have been raised about the influence of the powerful United Firefighters Union (UFU).

Country Fire Authority chief officer Steve Warrington resigned on Thursday night, hours after refusing to sign a special secondment agreement needed for the operation of the CFA from July 1.

Next Wednesday, the CFA will become a volunteer-only service. According to cabinet-in-confidence documents seen by the ABC, the UFU have a proposal for nearly 600 extra firefighters over the next six years at a cost of more than $400 million.

The documents also suggest that the UFU drafted its own secondment model for the arrangement between CFA and the new Fire Rescue Victoria (FRV).

Under the fire services shake-up, administration staff for the CFA will be seconded from the new FRV.

Senior Government sources insist Mr Warrington was not sacked and chose to leave after such a bruising summer and preparing for the shake-up of the CFA and Metropolitan Fire Brigade (MFB).

His deputy Stephanie Rotarangi is also on leave. 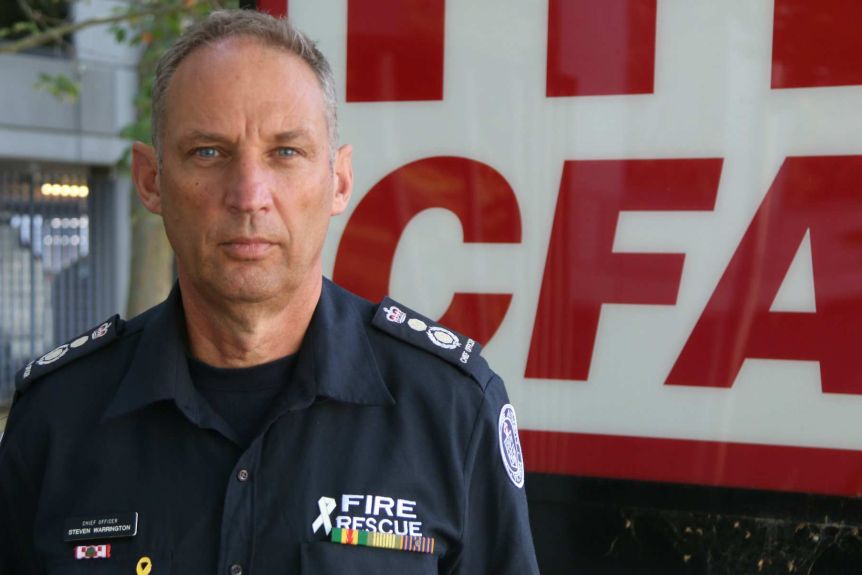 Minister Jane Garrett was also forced out of cabinet due to her opposition to a deal with the United Firefighters Union, backed by the Premier.

From Wednesday, paid firefighters in 38 integrated brigades in suburban Melbourne and built up regional areas including Traralgon, Warrnambool and Geelong will transfer to the new Fire Rescue Victoria (FRV).

The MFB will be replaced by FRV, creating a whole new professional state-wide firefighting authority for urban areas. There will be 85 brigades under its command.

More than 1,200 CFA brigades will continue as volunteer units. 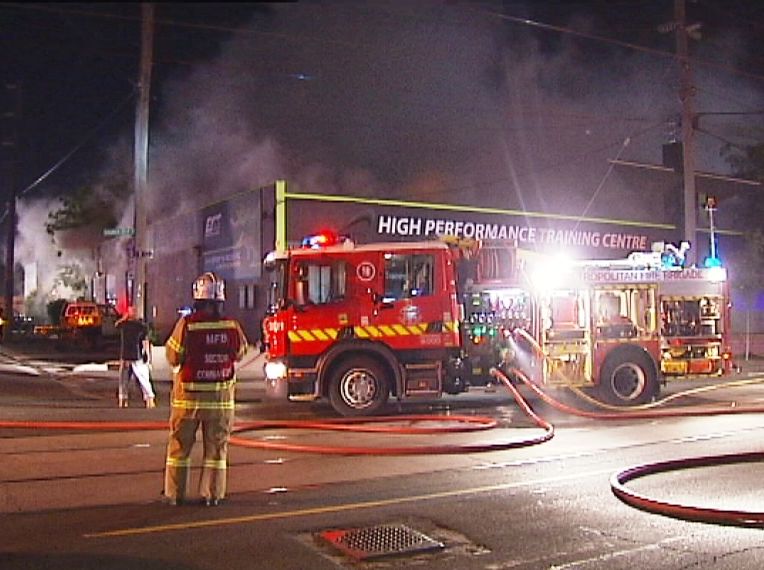 The new Fire Rescue Victoria agency is due to take over fire management from July 1.(ABC News)

CFA fears it’s being ‘set up to fail’

Because the CFA will be a volunteer-only organisation, its paid administration staff and commanders will be seconded from FRV to run the country firefighting service.

This has been a serious flashpoint for the volunteers’ association, who say the Government has failed to properly consult with volunteers.

“The arrangements take away all the flexibility and the discretion needed in an emergency.”

CFA staff are concerned the organisation is being “set up to fail”.

“There are cases now where volunteers won’t have the support and expertise of commanders,” a senior CFA Operational staff member told the ABC.

“These people are senior managers who plan and consult for the fire season.”

The cabinet-in-confidence documents leaked to the ABC raise fresh concerns about the influence of the UFU, suggesting their lawyer produced a draft of the secondment agreement.

The ABC understands the draft was amended after the Department of Justice and Community Safety found parts of it were “inconsistent with the Act” and may “fetter the powers of the [Fire Rescue] Commissioner and/or the CFA chief officer”.

The document also outlined claims from the UFU for an additional 596 extra firefighters, 22 new fire trucks, two boats and six stations over the next six years, slated to cost in excess of $400 million. 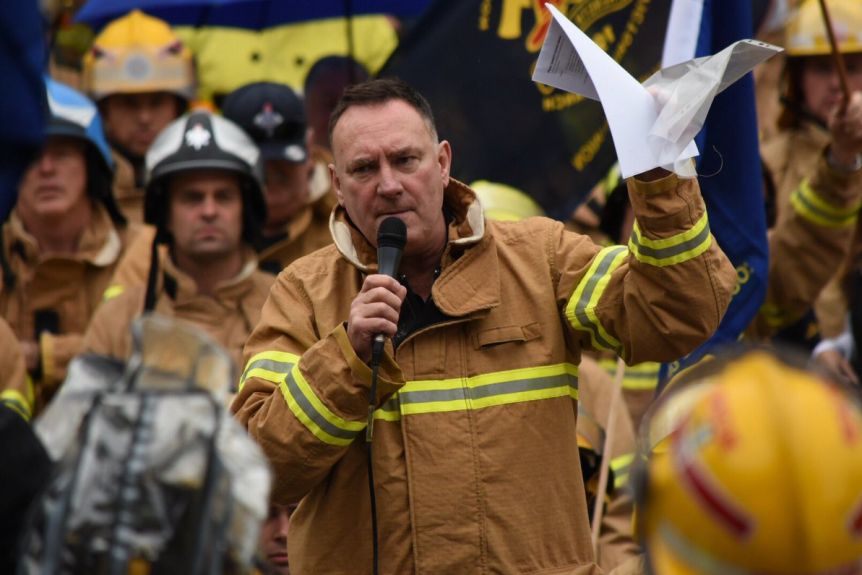 Peter Marshall hasn’t yet commented on claims the union is seeking nearly 600 extra firefighters at a cost of about $400 million.(ABC News: Stephanie Anderson)

Many in the Government will baulk at this claim, given the state of the budget and the political heartache the issue has already caused.

UFU secretary Peter Marshall did not return calls from the ABC but some suggest this figure would be in line with projected population growth in urban areas.

In some urban areas, the CFA has failed to meet benchmark response times to incidents with many volunteers away from their brigades due to work.

But there are fears, particularly from the Volunteers Fire Brigades Victoria, that many volunteers will leave the service because of a lack of jobs to attend.

Firefighting has been dogged by turf wars between volunteers and career firefighters for years.

A spokeswoman for the Government said it did not comment on cabinet deliberations and that the new laws enshrined the role of volunteer firefighters.

This week, the state invested $126 million for the CFA to go towards critical training and equipment, including for critical brigade and volunteer support.

“We have made a commitment that there will be no job losses as part of these changes and we will continue to invest in our volunteers to ensure the CFA has what it needs to remain strong,” the spokeswoman said.

“Victoria has the best firefighters in the world, but they’ve been operating under systems and structures that have not changed since the 1950s.

“Our cities and suburbs have grown significantly and it’s clear that these services need modernisation — and that’s what we’re delivering.”