ABC: Fears bigger workload being pushed onto volunteers as career firefighters told to cut back on overtime

ABC: Fears bigger workload being pushed onto volunteers as career firefighters told to cut back on overtime

Association note: For the record, the association met with the Member for Kalgoorlie and Shadow Minister for Volunteering, Mr Kyran O’Donnell, after this article was published to ensure he is aware of all relevant facts.

Importantly, the article says the UFU is “lobbying the Premier for additional [paid] firefighters”. 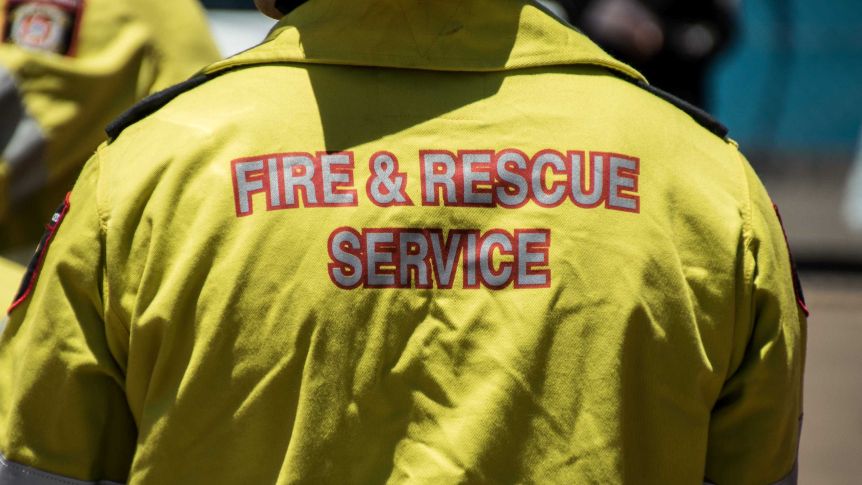 Career firefighters claim they have been told to cut back on overtime and rely more on volunteer brigades.(ABC Goldfields-Esperance: Jarrod Lucas)

A Liberal MP says a policy union officials claim restricts the amount of overtime career firefighters can work in regional Western Australia is a “disgrace”.

Since July, career firefighters in Kalgoorlie-Boulder, Geraldton and Albany say they have been pressured to cut back on overtime by the Department of Fire and Emergency Services (DFES), meaning volunteers are being left to pick up the slack.

They say DFES officials have told them to put volunteer brigades on standby instead of calling back professional crews as cover when they attend “out of district” calls.

In one case, firefighters in Kalgoorlie-Boulder were recently called to a road crash near Leonora, 240 kilometres away.

The United Professional Firefighters Union of WA said stations had been left unmanned for several hours on multiple occasions, and that it had raised the issue with Premier Mark McGowan last week. 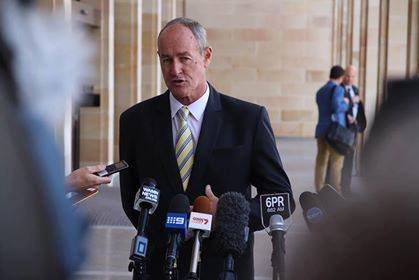 Kalgoorlie MLA Kyran O’Donnell met with union officials this week and said he intended to raise the issue with the Emergency Services Minister Fran Logan, who is set to retire at the next election.

Mr O’Donnell, a former police officer, said the “penny pinching” exercise placed an unfair burden on volunteer firefighters who were dedicated but not as well trained.

“Do they say, ‘Oh right we’ll ring around and see if we can get some people to come’?

“What a disgrace … and we’re not talking a huge amount of money.

“The community of Kalgoorlie-Boulder will not accept their fire station being unmanned and having it manned by volunteers.” 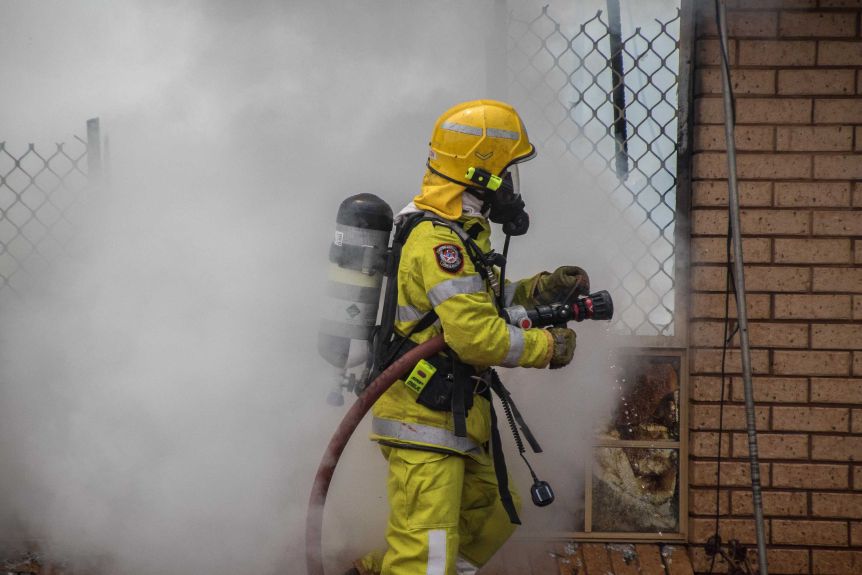 Firefighters at a house fire in Kalgoorlie-Boulder.(ABC Goldfields-Esperance: Jarrod Lucas)

No risk to community safety: DFES

In a statement, DFES’ assistant commissioner of country operations Paul Ryan said the policy did not compromise community safety and he supported calling staff back to duty where required.

“As a general rule, the Department of Fire and Emergency Services does not deploy career and volunteer crews out of their relevant district at the same time, ensuring that one of the brigades is always present to respond to emergencies in the local area,” he said.

“It is a long-standing policy that career firefighters will respond when calls are received for out-of-district incidents, and volunteer crews then become the primary response within the fire district.

“However, if the out-of-district incident is likely to continue for an extended period, off-duty career firefighters can be called back to duty within their fire district.” 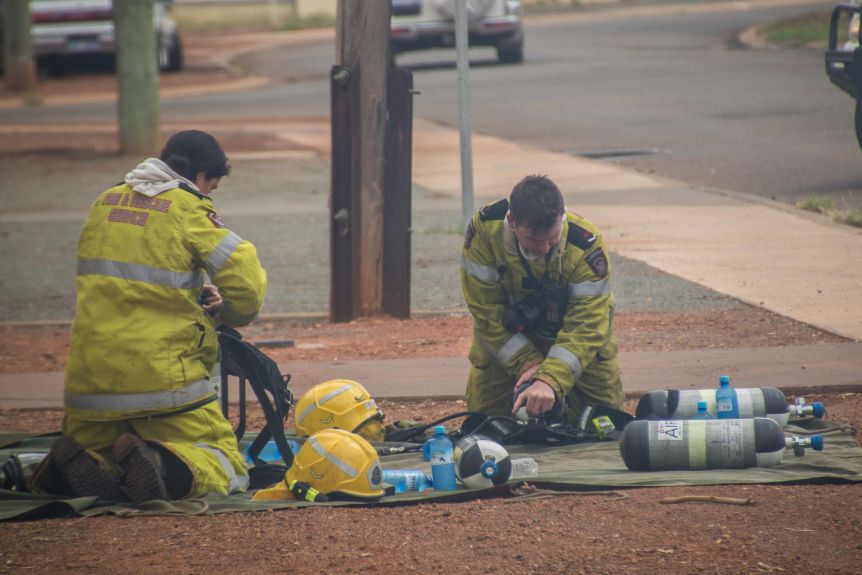 United Professional Firefighters Union of WA secretary Tim Kucera has begun lobbying for nine new positions at every country station manned by career firefighters ahead of next year’s election.

He said it would cost about $5.2 million for 36 new positions, representing an additional two firefighters on every shift.

“The country stations are short-staffed, from our perspective, and there needs to be an increase in firefighter numbers,” he said. 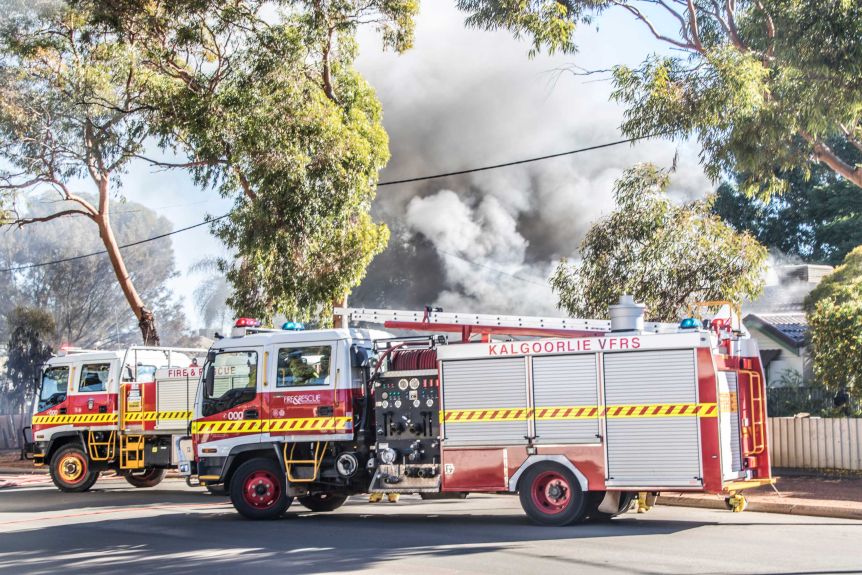 Volunteer and career firefighters working together at a house fire in Kalgoorlie-Boulder.(ABC Goldfields-Esperance: Jarrod Lucas)

Mr Kucera said the overtime policy “seems to be” a case of “penny pinching”.

Volunteer firefighters did a “great job”, he said, but were not trained to the same standard.

“You’ll do it one night, get away with it and it becomes the new normal.

“What we know from experience is the one night you take the punt is the time that something goes horribly wrong.

“We don’t want to see that and the public pays an emergency services levy on their property with the expectation that if anything goes wrong, they will have a professional firefighting service to turn up and deal with the incident.”

Trevor Jones, vice president of the Volunteer Fire and Rescue Association of WA, said he was disappointed with the comments by the union and Mr O’Donnell.

He said volunteers have a “responder app” on their phones that lets them know if they are being put on standby or are required for an incident.

“Their argument is based on a denigration of volunteers who ‘can’t do the job’ or not arrive on time,” Mr Jones said.

“This is not the case — it’s a disgraceful argument.

“How do those volunteers feel?”

Mr Jones, who became a firefighter volunteer in 1977, said volunteer crews, in some cases, were first on the scene even when career firefighters were on duty.

He said Kalgoorlie Volunteer Fire and Rescue receives about 100 call-outs a year.

Despite the criticism, Mr O’Donnell said he stood by his comments that replacing professional firefighters with volunteers to save money was “wrong”.