Been there and back again: Bushfire Volunteers President in Bencubbin

Been there and back again: Bushfire Volunteers President in Bencubbin 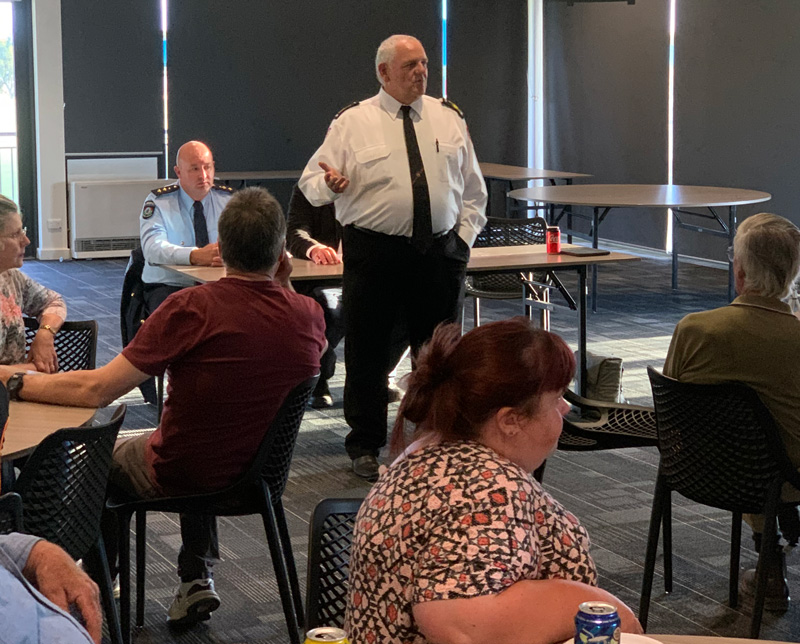 Dave Gossage AFSM, President of Bushfire Volunteers attended an awards ceremony at the community sporting complex in the Shire of Mt Marshall last week, where 65 volunteer bush fire fighters from the region were formally recognised for their ongoing contribution to their community.

With a total of 1140 combined years of service between the recognised volunteers, it’s safe to say that the Bush Fire Service Medal Recipients were well deserving of the recognition from their local government.

It’s important to note here that the Bush Fire Service Medal not only recognises those on the front line, but makes sure to recognise those behind the scenes keeping the station running and looking after the front line volunteers as well, who are just as essential when it comes to keeping their local communities safe from the fire.

This is the first time anything like this awards ceremony has been held in the area, so we’re glad to see the local volunteers receiving the recognition that they deserve from their local government.

As well as the many volunteers in attendance from Bencubbin, Welbungin, Gabbin, Clearly, Wialki and Tampu Bush Fire Brigades, and Beacon Volunteer Emergency Services, local government officials including CEO John Nuttall, DFES Area Manager Daniel Hendricksen and Councillors Gobbart and Gibson took the time out of their busy schedules to attend the ceremony.

Dave Gossage said, “It was very rewarding to see a local government taking the time to formally recognise their local bush fire volunteers, and the sacrifice they make for their communities.”

“We’re very proud that after years of work, Bushfire Volunteers were able to establish this medal as a way to recognise an individual volunteers length of service to the community. It’s great to see volunteers getting the recognition for their service that they deserve.”

Bushfire Volunteers would like to formally congratulate all of the local volunteer medal recipients and thank you for your ongoing effort to support your local community.

Find out more about how we partnered with DFES to establish the Bush Fire Service Medal back in 2018: https://www.bushfire.org.au/service-medals-announced-avbfb-kicks-another-goal-for-volunteers/