Here we go again – agreeing with the United Firefighters Union!

We really couldn’t have put it more succinctly than the team over there at North Perth on their Facebook page earlier:

“No fire service should ever be put in this position by the politicians and the bean counters“.

Although there is a little difference – the UFU seems to be using its members’ time and money to make this statement about their UK comrades while we want it applied here in WA where those we represent work, live and volunteer.

Then again, the UFU probably hasn’t got a lot to complain about in WA because there are more Career Fire and Rescue stations opening than closing here.

Indeed, a great wad of the government’s 10% increase in the Emergency Services Levy (ESL) which the public was told was for “rural fire capability” is going to build DFES bureaucracy and some shiny new stations for UFU members. 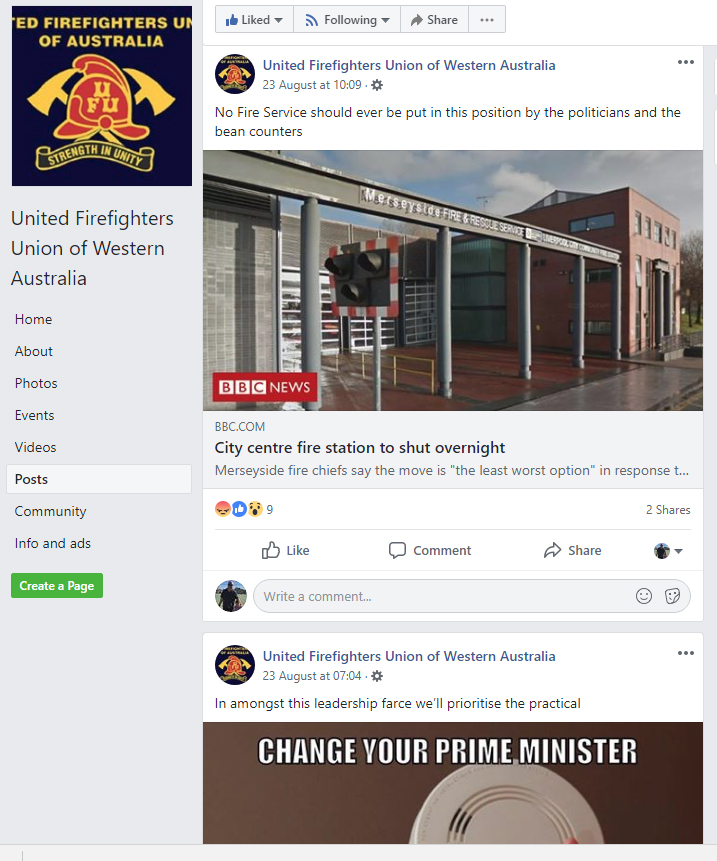