The Association of Volunteer Bush Fire Brigades (AVBFB) is deeply concerned by allegations made in the article that appeared on the front page of today’s West Australian newspaper regarding former DFES Superintendent Ms Amanda Williamson.

Gender is not an indication of capability and therefore discrimination based on sex is both abhorrent and foolish, particularly in a government agency.

With regard to the suggestion of “union cronyism” within the Department of Fire and Emergency Services (DFES), the AVBFB has long advocated for more care to be taken to ensure its 26,000 volunteer members are not overlooked, ostracised or disrespected by internal decisions, publications and behaviour designed to primarily appease their paid colleagues.

The AVBFB is therefore pleased to read that Commissioner Klemm has called for an “independent investigation” into these claims and will support an open, thorough process in any way possible.

The association did not have advanced notice of this article and has no intent to make further public comment about this specific issue. 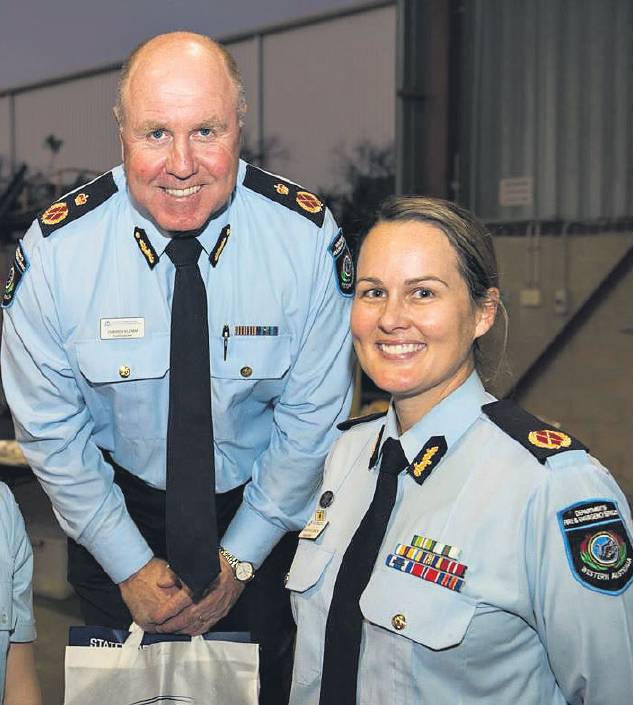 DFES Commissioner Darren Klemm with Amanda Williamson at the SWORD launch in November.

A State Government investigation has been launched into why WA’s first female Department of Fire and Emergency Services superintendent quit after 18 months amid claims of sexism and union cronyism blighting the key agency.

Australian Army Lt-Col. Amanda Williamson, now a reservist, was recruited from the NSW State Emergency Service to become the only woman among 23 DFES superintendents, but handed in her notice in November the day after a public address from new Commissioner Darren Klemm.

Ms Williamson, who ran operational logistics for special forces in Afghanistan and commanded a service support battalion at the Department of Defence, was hired by former DFES commissioner Wayne Gregson in June 2016 to set up a mobile volunteer group.

The Statewide Operational Response Division had its launch at Kewdale on November 1 where Mr Klemm addressed about 200 volunteers in an ill-received speech about the division and Ms Williamson in front of her partner.

Volunteer Leonie Briggs, manager of the State Emergency Service canine handling unit who attended the launch, claimed Mr Klemm offered lukewarm praise for Ms Williamson’s efforts before claiming she lied in her DFES interview and repeatedly pointing out she was a woman.

“I thought it did sound a bit sarcastic to me,” Ms Briggs said. “Like, ‘Oh haven’t we done a good job, we’ve employed a woman’, rather than we’ve employed this person who’s got everything we need to do the job.

“I thought it came across as a thinly veiled attack on her. I got the impression that (Mr Klemm) doesn’t like the SWORD at all and DFES is an old boys’ club.”

Ms Briggs said Ms Williamson had found herself in the sights of the United Firefighters Union and there was “very much a perception” that career advancement at DFES was limited for non-UFU members.

Ms Williamson, who served out her notice with DFES last month but remains on the State Government’s veterans advisory council, would not comment on her departure when contacted by The Weekend West, but denied lying in her interview.

DFES human resources director Karen Roberts said Mr Klemm had “asked for an independent investigation . . . to understand the reasons for (Ms Williamson) leaving and to address the findings”.

“Commissioner Klemm is personally and professionally committed to ensuring equality and respect is at the heart of DFES,” she said. DFES would not answer whether Mr Klemm’s speech would form part of the investigation. UFU State secretary Lea Anderson said it held one formal meeting with Ms Williamson, while she was supervising a union member, and “there were no personal issues”.