The Daily Star: Volunteer firefighting is a big commitment

The Daily Star: Volunteer firefighting is a big commitment

Here is a great article from The Daily Star in New York, USA. While that might seem a long way from Western Australia, there are a lot of very common themes discussed and we think it’s worth the read. 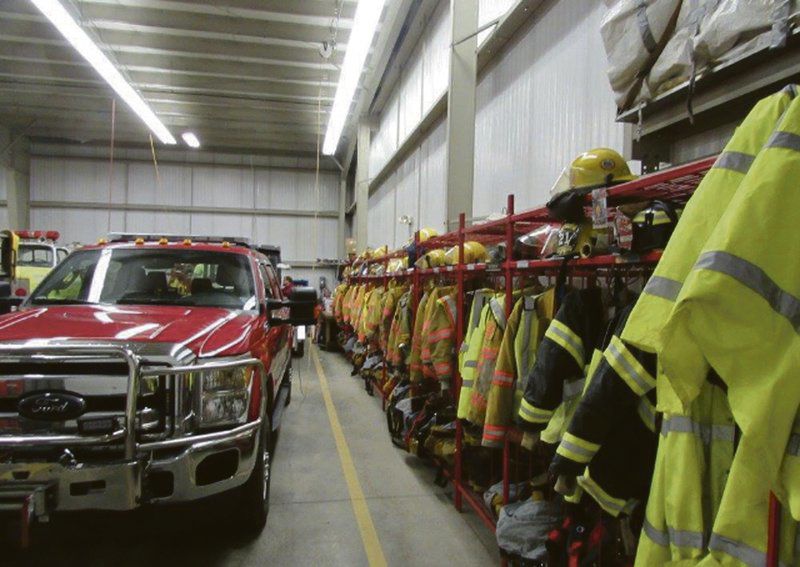 According to the National Fire Protection Agency, 65 percent of an estimated 29,819 fire departments in the U.S. are all-volunteer organizations. But despite being the majority, volunteer squads face increasing challenges.

Chief among those, local volunteer firefighters said, is declining membership.

“A lot of squads are starting to lose numbers,” Jeff Jones, 27, of the 25-person Unadilla Fire Department said. “It’s very hard to recruit new people and it’s very hard to get the younger crowd to come join.”

“Any volunteer department is going to tell you, our biggest struggle is getting new members,” Ken Gracey, one of four assistant chiefs on the 31-person West Laurens Fire Department, said. “We can’t seem to get young people interested and most of the young people (on the squad) are the kids or grandkids of members.”

“We don’t have a lot of younger guys,” Matt Jones, the 35-year-old chief of the Masonville Fire Department and a former U.S. Air Force firefighter, said. “We have four guys under 25, but most of our membership is 40 or older. Kids just don’t want to volunteer anymore.” The Masonville squad, he said, has “just over 20” members.

Firefighters said the time required to train, drill and respond to calls is a factor for prospective recruits.

“It does take a lot of time,” Jeff Jones said. “We do roughly 10 hours of training a month, we meet every Monday night (from 6 to 9 p.m.) at the firehouse and then on top of that, you’re going to classes that can run two to three nights a week and go for four to seven months. In a year, you probably spend half your year with the fire department.”

The Unadilla department, he said, responds to 100 to 120 calls yearly.

“The state requires certain things to be a certified firefighter and that means hours of training,” Matt Jones said. “Then there’s yearly training and department training; there are constant requirements and it’s really tough, especially when people have two jobs or kids.” The Masonville department handles between 50 and 80 fire-related calls annually, he said.

“Everybody’s lives have gotten busier,” Gracey echoed. “Families are busier, and moms and dads are working two jobs. You do what you can, when you can, and hope that you’re able to do it when needed … but it’s all a matter of how much somebody wants to get involved and how much time you want to put in as an individual.”

“There are probably at least 30 different courses that the state and county offer, from basic firefighting operations to interior operations, rescue operations, pump operations, driving and emergency vehicle operations and fire police,” he said. “There are hours and hours that you can do.”

“Starting in September, we have weekly training and weekly drills, sometimes in the station and sometimes with other departments,” Gracey said. West Laurens handles 75 to 80 calls a year, he said.

Trainings, Gracey said, can include ladder practice, hand and power tool practice, visibility simulations, vehicle stabilizations and familiarizing members with specialized equipment, such as the Jaws of Life.

“We try to come up with different ways to do things, so it’s not boring,” Gracey said, naming moving eggs on and off traffic cones with the Jaws of Life or playing games of Jenga with lumber-sized blocks as examples. “The training is endless. It’s just a revolving thing.”

Though volunteer departments are generally municipality-owned and eligible for grants, members said, funding squads can also be challenging.

“We try to do as much fundraising as we can,” Jeff Jones said. “We do chicken barbecues, a Memorial Day boot drive and we do a letter drive. And we’re trying to do new stuff, like the ham and turkey raffle we did (last year) around Easter.”

The Unadilla squad has also participated in outreach events, Jeff Jones said, such as Recruit NY and Fire Safety Week. Beginning at noon Saturday, Sept. 14, the department will host a cornhole tournament and vendor fair at the firehouse at 77 Clifton St., as a fundraiser for the department and the village’s emergency medical squad.

“Two of our trucks are pretty aged, with one 25 years old,” Jeff Jones said. “We’re looking to purchase a new vehicle in the next year or two and that’s a priority for us, and turnout gear only lasts 10 years and that’s $2,000 a set.”

“Our newest piece of equipment is 11 years old,” Gracey said. “For a new firetruck, you’re looking at upwards of $250,000, so that’s where spaghetti dinners, boot drives and chicken barbecues come in. We really try not to burden they taxpayers and sometimes we don’t have a choice, but we don’t want to burden (them) with our expenses.

“If we can get something paid for by selling barbecued chicken, we’re going to find a way,” he said.

Despite such difficulties, members said, the fellowship fostered in a firehouse makes it all worthwhile.

“The brotherhood among firefighters — and that’s in volunteer or paid departments — is unmatched anywhere other than possibly in the military,” Gracey said.

“It’s a second family is what it is,” Jeff Jones said. “These are your brothers and sisters, because you’ve got to be able trust each other going inside a burning building.”

For many, once those bonds are forged, they’re hard to forget.

“My dad had been in it for 40 years,” Jeff Jones said, “and I wanted to follow in his footsteps.”

“I’ve been with the (West Laurens) department for 18 years,” Gracey said. “I (got involved) through family members because my daughter’s husband was a member and it was something I always wanted to do.”

“Growing up, every kid wants to be a firefighter,” Gracey said. “It was just something I wanted to do to give back to the community and do something for my neighbors. That might be the cookie-cutter answer, but for 95 percent of us, that’s why we do it.”