The Burning Question confirms value of many local VBFB’s

The Burning Question confirms value of many local VBFB’s

As mentioned in this post, the AVBFB attended the State Government’s innovative and informative first ever prescribed burning forum called “The Burning Question: Now & Beyond” in Busselton last week.

The three day event was very valuable and we thank Emergency Services Minister Hon Fran Logan and OBRM/OEM for the invitation to participate.

Among the many highly qualified speakers was Dr Richard Thornton – the Chief Executive Officer of the Bushfire and Natural Hazards CRC. We apologise for the quality of the photo, but as you can see by the slide below, Dr Thornton provided the forum with ample scientific evidence of the correlation between mitigation in the form of prescribed burning and the occurrence of big fires.

Although this wasn’t the forum for discussion about the need for an independent Rural Fire Service, we not only see the link between fuel reduction and less major incidents, but also see very clearly that the current 580+ volunteer bush fire brigades based in large and small towns across WA are a fundamental part of the solution. We argue that if there was to be some magical pot of money that could fund paid staff in place of volunteers, many small brigades in small communities would be consolidated into larger, but far less numerous paid stations or brigades.

In turn, that would mean slower response times to small fires, which would increase the number of bigger fires (because they weren’t extinguished when they were small) and perhaps more importantly, reduce the amount of local knowledge and small-scale mitigation currently done by volunteers in their local communities.

The message is simple:

Thanks Dr Thornton – we appreciate the science that you your colleagues are contributing to our knowledge of just how valuable we all are in this risk-filled land. 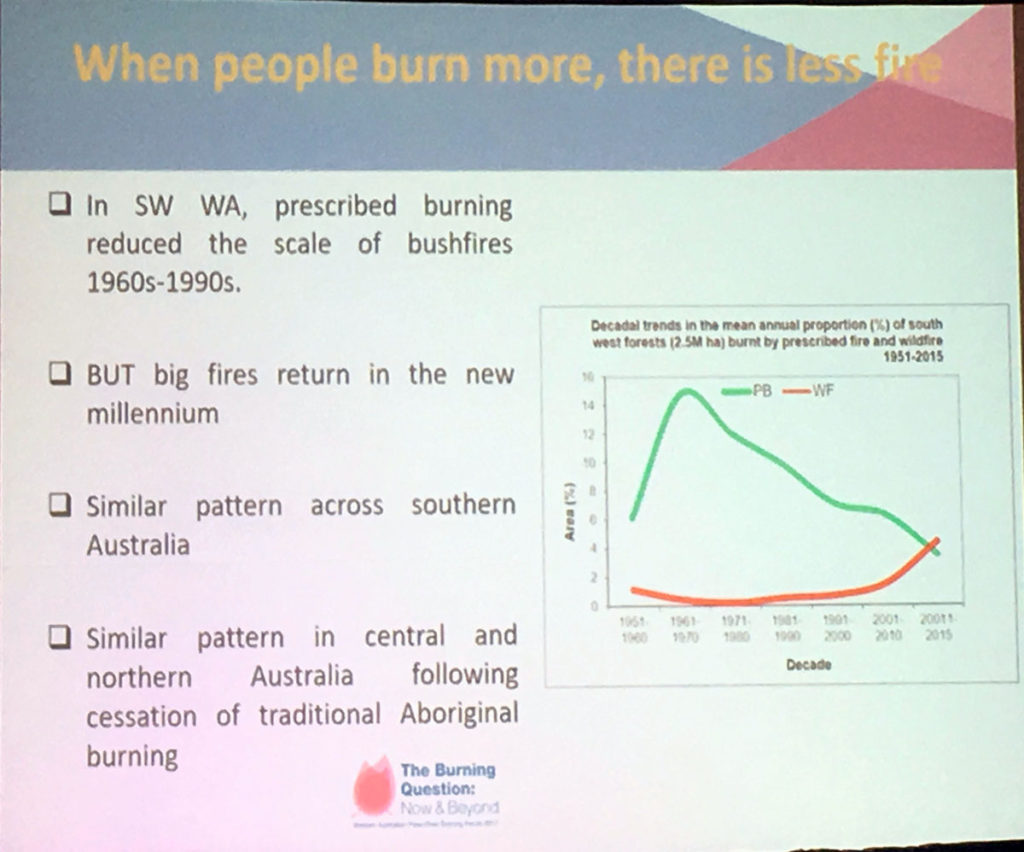