Those who have seen water drops from aircraft like the Erickson S-64 Skycrane helicopter know that the force of the water being dropped could easily injure and unaware firefighter or civilian so it’s important to always be aware of what’s above when near a fireground. But who would have thought you would have to be worried about bombs being dropped on the front line of bush fires?

Swedish firefighters who apparently have started putting the, umm, hot stuff on the, err red stuff…

The article below is shared from News.com.au 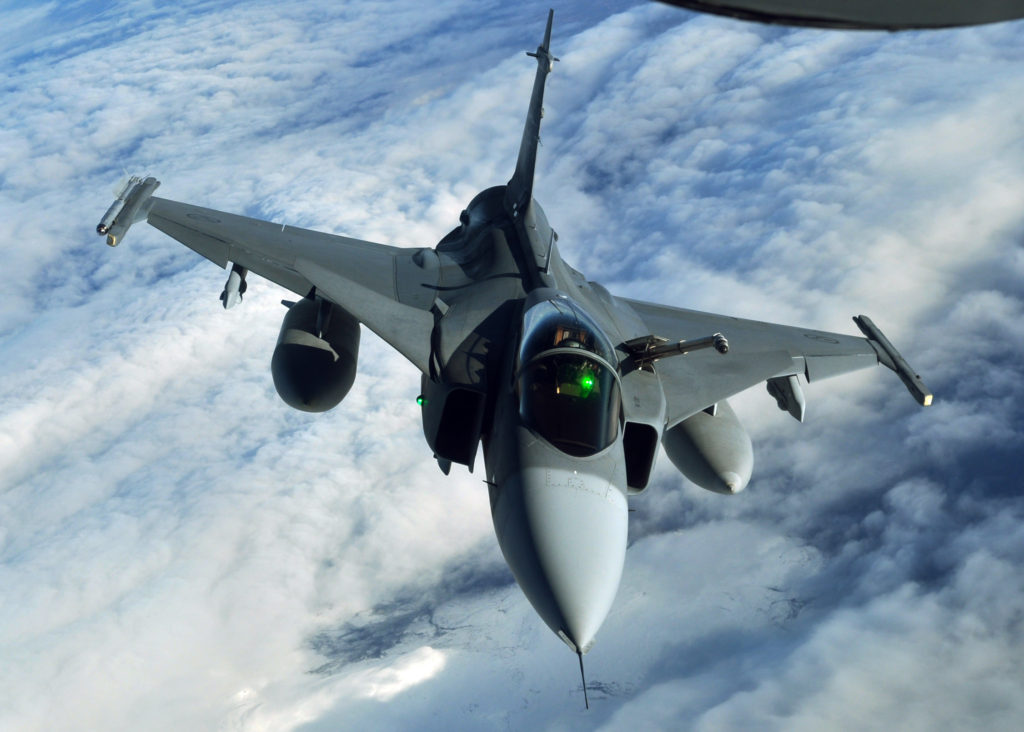 A Swedish JAS-39 Gripen fighter jet like those used to drop bombs on forest fires.

BUSHFIRES in snowy Sweden? Sound odd? Well, perhaps that’s why the Arctic Circle nation has resorted to extreme measures in its attempts to douse the flames: laser guided bombs.

The Swedish Air Force has deployed two of its Gripen fighters to attack the front lines of forest fires raging through the country.

And just as we blow on our candles to snuff them out, so can the pressure waves from a bomb extinguish a blaze.

The Local-Sweden news service reports the desperate measure has been taken against a fire burning out-of-control in central Sweden for the past two weeks.

It’s in particularly difficult terrain. Firefighters are struggling to set up containment lines.

“The oxygen from the fire can be removed with the help of a bomb and in this case it was possible to try it, because the fire is at a firing range,” fire and rescue team leader Johan Szymanski said.

The Gripen fighters were loaded up with large GBU-49 laser-and-GPS guided bombs.

When over the target, precisely determined areas of the fire-front were designated.

The bombs were then dropped — homing in on the signals to guarantee their accuracy at speeds of up to 550km/h.

“Our preliminary assessment right now is that this had a good effect, ” the fire team leader said.

When they exploded, each 220kg bomb quashed the flames for a radius of up to 100m.

The shockwaves simply blew out the flames in the same way our breath does to candles. And such an explosive technique is already in use to douse fires in oil wells.