As explained in this article, the Association of Volunteer Bush Fire Brigades (AVBFB) ran a survey about defibrillators in brigade vehicles after being approached by a number of members who were being told the life-saving devices were not able to be purchased using the Emergency Services Levy (ESL).

The first question we asked was whether or not respondents believe Volunteer Bush Fire Appliances (vehicles) should carry a defibrillator. As you can see by the graph below, 98% said yes. 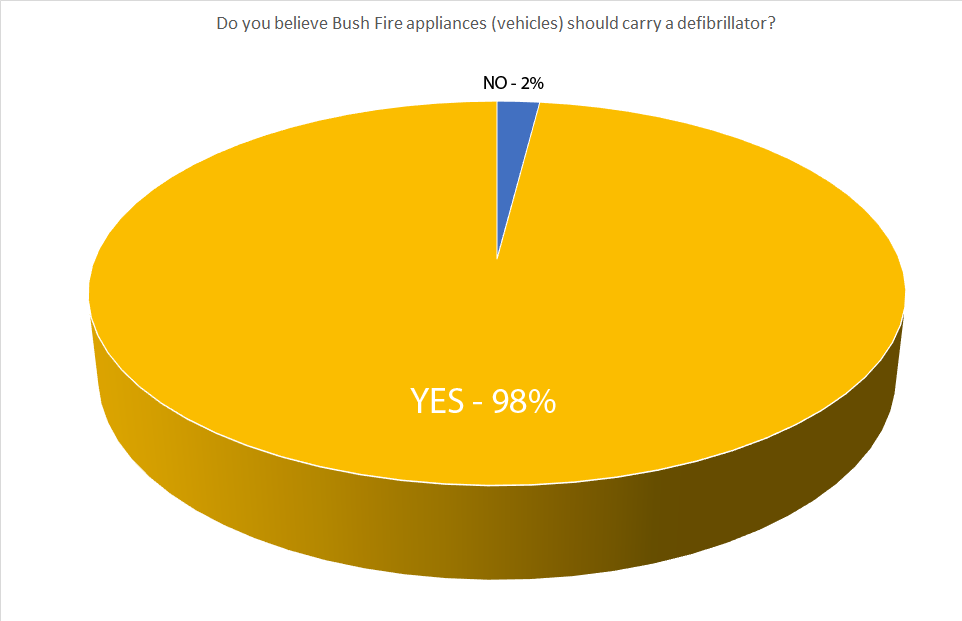 The next question (graph below) of who should pay for defibrillators on Volunteer Bush Fire Appliances yielded similarly clear results, with only 6% not supporting the devices being made available through the ESL via the Local Government Grants Scheme (LGGS).

The remaining 4% of respondents who supported Volunteer Bush Fire Appliances carrying defibrillators but chose “Brigade Volunteers” in response to who should pay option in question 2 were equally spread between metropolitan (including urban fringe) and regional areas.

That sub-group of Brigades operate between two and four appliances with the majority having three. Staying within that cohort, the percentage of their appliances that already carry defibrillators (none funded by ESL) ranged from 0% to 100% with a modal average of 33% and a mean of just over 40%. 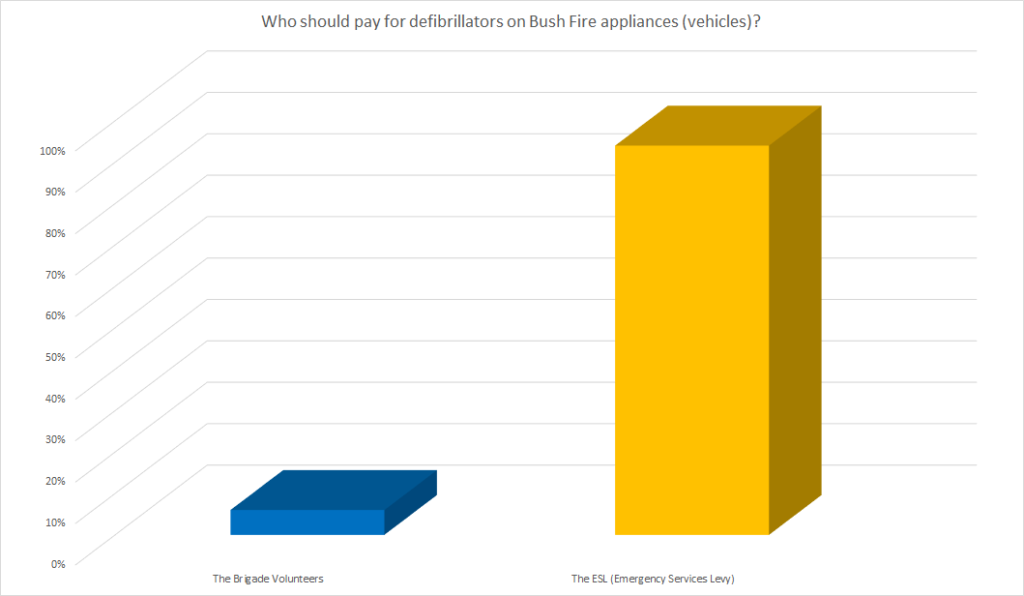 This data has provided a very helpful insight to both the AVBFB and the Department of Fire and Emergency Services (DFES), with whom we have shared these results (and no identifying information as promised).

The Association sincerely thanks all those who took part in the survey and will provide updates regarding the AVBFB’s ongoing advocacy to improve Bush Fire Brigade access and general transparency to all ESL funding processes and decisions.