South Western Times: Volunteer brigade in shock over the hand back demand

South Western Times: Volunteer brigade in shock over the hand back demand

The Association of Volunteer Bush Fire Brigades (AVBFB) is disappointed to learn that the issue below has not yet been resolved and is now actively assisting our friends in the Bunbury VBFB to advocate for a sensible outcome. While it is absolutely our role to assist individual brigades with specific local challenges, the issue of vehicle disposal options is a recurring difficulty for many brigades around the state which adds weight to the value of finding a positive resolution.

the As always, we will keep our members updated of progress and outcomes. 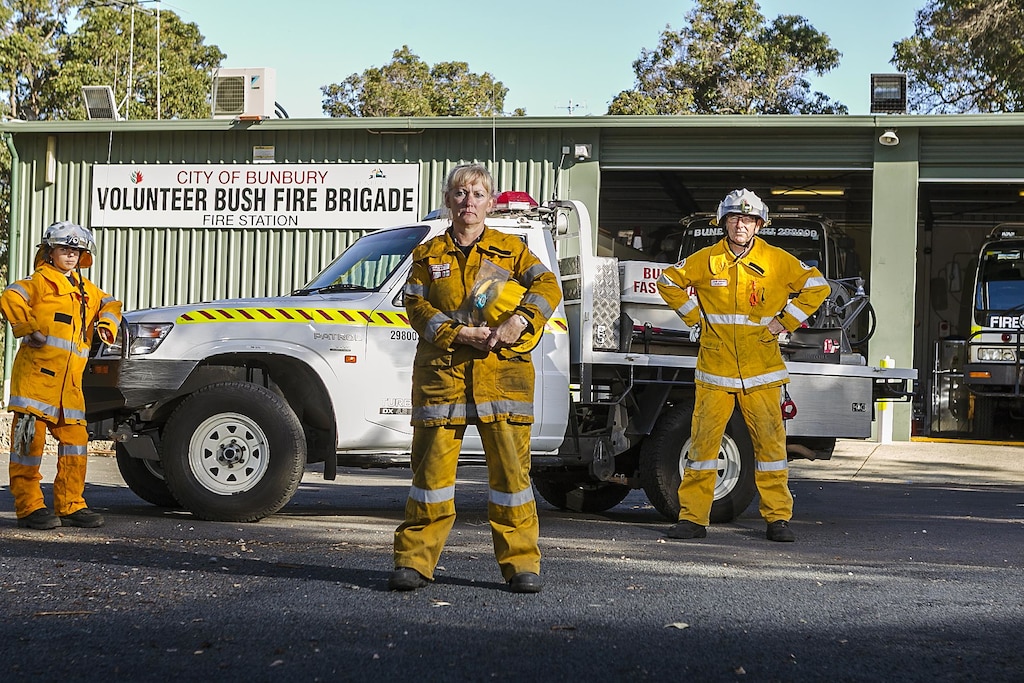 Bunbury Volunteer Bushfire Brigade captain Terri Kowal, flanked by volunteers Tilda Mason and Clive Banks, are fired up over demands for one of its vehicles to be retired.Picture: Jon Gellweiler / South Western Times

Bunbury Volunteer Bushfire Brigade is “in shock” over losing one of its firefighting vehicles after Bunbury City Council demanded the purpose-fit utility be retired.

Chief executive officer Mal Osborne has given the brigade until Saturday to return the vehicle, which the crew has had for 16 years and is one of only four in its fleet.

Brigade captain Terri Kowal said the move did not make sense and with another vehicle on loan from the Department of Fire and Emergency Services due to be taken away soon, the volunteers’ fleet would be cut in half.

“We were of the understanding that this vehicle had been fully depreciated and had basically been given to the brigade, for them to then turn around and take it off us came as quite a shock and a great disappointment,” Mrs Kowal said.

“The vehicle holds enormous value to the brigade yet it owes the council nothing.”

The brigade has spent thousands of dollars to fit out the 1993 Nissan Patrol, including four-wheel-drive tyres, fire curtains worth about $4000 and upgrades to its emergency lights.

“All this money that we’ve spent on it, and we’re just supposed to throw all that money away are we and just give them their vehicle back so they can sell it and make a few dollars,” Mrs Kowal said.

The vehicle has been a vital asset for the group and most recently used in the Picton and Glen Iris bushfire and 24/7 for nearly 10 days straight in the Yarloop fire.

Mrs Kowal said the brigade had even offered to buy the vehicle from the council, but it had refused the offer.

Mr Osborne told the South Western Times the vehicle would be retired and replaced with a DFES-funded unit.

“The City of Bunbury has a long history with the volunteer bushfire brigade and has always provided this important service with vehicles,” Mr Osborne said.

“There is no proposed reduction in the number of vehicles provided to the brigade.”

But Mrs Kowal said she believed the DFES replacement vehicle was the existing loan vehicle which was not an adequate replacement and only two-wheel-drive.

She said it was “destroying” the morale of the brigade, which was now relying on members using their own vehicles for training.

“They don’t seem to care about the value we have in teaching our members four-wheel-driving, to keep themselves safe when they are fighting fires off road,” she said.

“We’re putting our lives on the line every time we get in these vehicles, yet our brigade that is established and maintained by the city is being ignored and seemingly unappreciated.

“Common sense has to prevail, doesn’t it?”

Mr Osborne did not respond to questions from the Times about why the brigade’s offer had been refused or why the vehicle had to be returned.