And while we don’t yet have the funding to be able to deliver direct financial support to the very many wonderful projects being undertaken by our members all over WA, we do what we can to make sure as many others who can help in that way are made aware.

So when we saw a Facebook post from the selfless senior volunteers from the Waggrakine and Bunbury bush fire brigades about their plan to bring both cadet groups to a joint training and get-to-know-you day at the Forrestfield FRS academy, we went along to say hello and let everyone know just how proud their communities are of everyone involved.

While we were there, we learned from Acting FES Commissioner Mal Cronstedt – who had also given up his Saturday to show his support – that the Department was contributing $16,000 from the Emergency Services Levy (ESL) to help the teams get to and from the Australian Fire Cadet Championships in Sydney next month.

As you can read in the article from our friends at the South Western Times below, the Bunbury Cadets – just like their companions from the Waggrakine BFB in the City of Greater Geraldton – are excited and appreciative of the support they have earned.

And while these two groups of invaluable, future leaders are just plain awesome, we also want to acknowledge the extraordinary group of senior volunteers who give so much of their time and energy to support and guide amazing young people like these in Bush Fire Brigades all over WA.

Gosh, who else has a lump in their throat? 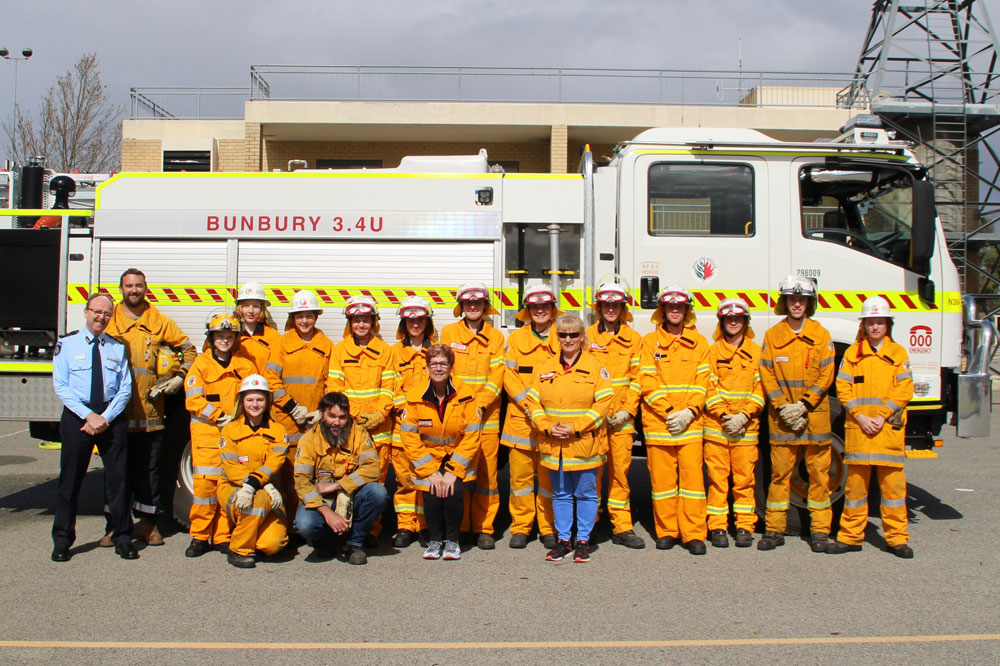 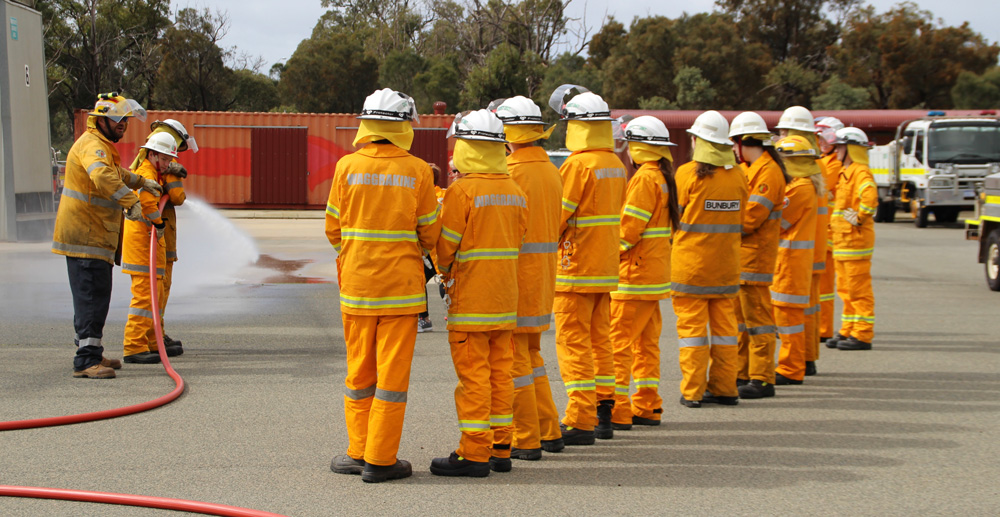 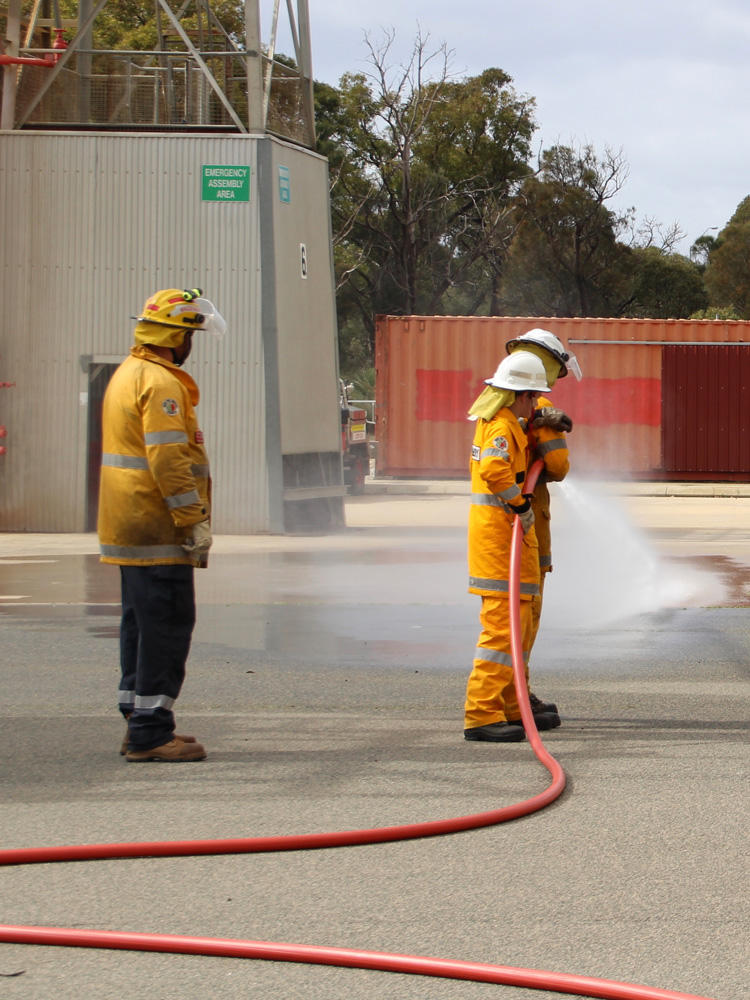 Seven Bunbury volunteer bushfire brigade cadets will be heading to Sydney to compete in the Australian Fire Cadet Championships next month.

“It will be good to meet other people in the same position as me, I’m 15 going on 16 and I volunteer here in the cadet program,” he said.

“I’ve wanted to be a firey my whole life so I think it will be good to meet other young people wanting to do the same thing,”

“I love to help people, I’m always volunteering around my own school. Going to fires is a pretty wicked adrenaline rush, but its good to be able to do something good for the community.”

The Bunbury cadets were one of two brigades selected to represent WA and Jordan said he was honoured and encouraged more people to get involved in volunteering.

“Our group and Geraldton are the only to teams going over from WA and I think it is a huge privilege to be able to represent WA over on the East.

“I think people should be more open to volunteering and it doesn’t have to be firies, you can be a volunteer ambo, you can do lots of things.”

Bunbury volunteer bushfire brigade cadet Zeanna Bond, 13, said she has been a volunteer for many years.

“I have been a volunteer for three to four years and we all learn lots of skills not just about firefighting but lso about general health and first aid,” Zeanna said.

Cadet coordinator Terri Kowal said she was grateful for the money granted to them from the Department of Fire and Emergency Services.

“We are now madly fundraising to raise the rest of the money to get the kids over there.”

The bushfire brigade volunteer group will be hosting a quiz night at the Bunbury Volunteer Fire and Rescue station on Saturday August 31.