SMH: ‘We need our own Elvis’: Former fire chiefs warn Australia is unprepared for bushfire peril

SMH: ‘We need our own Elvis’: Former fire chiefs warn Australia is unprepared for bushfire peril

Australia’s firefighting capacity will fall short unless it buys its own fleet of water-bombing aircraft rather than borrowing them from overseas because monster blazes burning simultaneously across the globe are becoming the norm, two respected former fire chiefs have warned.

However the federal government says purchasing a national firefighting air fleet would be too expensive and current leasing arrangements are working. 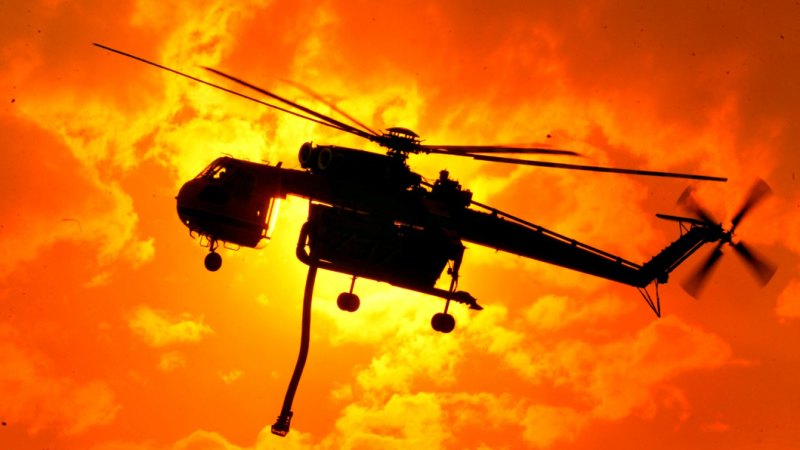 The Erickson air crane, aka Elvis, battles a blaze in Victoria. Two former fire chiefs are concerned such craft will soon be unavailable to Australia. CREDIT:JASON SOUTH

Former NSW Fire and Rescue commissioner Greg Mullins and former Tasmanian Fire Service chief Mike Brown – who together have 90 years’ firefighting experience – say increasingly overlapping fire seasons in the southern and northern hemispheres, driven by climate change, mean Australia must procure its own fleet of large air tankers and other craft – some possibly operated by the military.

Large water-bombing aircraft such as the “Elvis” air crane helicopter are typically leased from the United States each summer.

However Mr Brown said northern hemisphere locations such as California have begun to suffer year-round fire seasons, and the release of the equipment to Australia in summer cannot be assured.

For example during the destructive 2013-14 bushfire season, Victoria was unable to lease the Elvis helicopter as it was being used overseas.

“It’s become glaringly evident that the [northern and southern hemisphere] fire seasons now overlap, on a regular basis and by quite a margin,” Mr Brown said.

“I think you’ve got your head in the sand if you are not accepting that things are really changing out there with the climate.

“There’s going to be a competing demand for these types of specialist resources, and someone is going to fall short … it’s time we start looking at building up our own capacity. 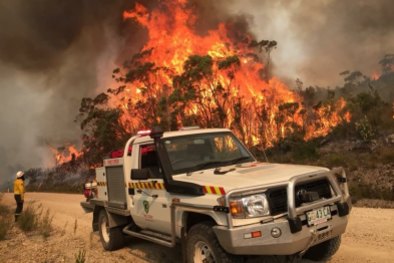 “He said the military’s experience with running aircraft fleets meant it could partner with fire services to operate large air tankers.

The NSW government last year committed to procuring a large air tanker and two fixed-wing planes, at a cost of $26.3 million. The air tanker will be the first to be permanently stationed in Australia.

He said current and former fire chiefs had canvassed a “horror scenario” of simultaneous fire seasons across Australia, meaning traditional resource-sharing between states was not possible and “everything gets out of hand”.

This summer’s Tasmanian bushfires revealed tensions over how limited aerial firefighting equipment should be used. Environmentalists questioned why large air tankers were not used to fight fires in remote bush areas, arguing that while protecting lives and property was critical, natural World Heritage sites should also be saved.

Mr Mullins said large air tankers were “becoming quite crucial in the new fire environment, and we just haven’t got enough”.

“The time is coming when Australia, federally, needs a fleet of heavy water bombing aircraft. We are about the only country with a bad bushfire problem that doesn’t [have its own fleet],” he said.

A spokeswoman for federal Emergency Management Minister Linda Reynolds said peaks of the northern and southern hemisphere bushfire seasons “will still normally be some months apart” and three-quarters of the 140 specialised aircraft contracted by Australian states remained in the country year-round. 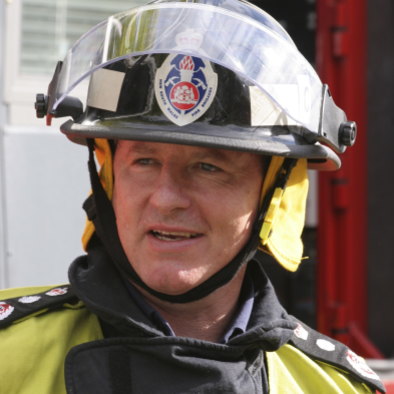 “The National Aerial Firefighting Centre, of which every state and territory is a member, helps co-ordinate the national bushfire response.

NSW Rural Fire Service Commissioner Shane Fitzsimmons said the federal government provides about $15 million a year for the centre to engage local and international water bombing and specialist aircraft for use by fire agencies, and an extra $11 million was committed this season.

He said the centre “has recently submitted a business case to the federal government for increased funding to engage additional water bombing aircraft”.

Victoria’s Emergency Management Commissioner Andrew Crisp said longer fire seasons across the world can be a “challenge in terms of planning”.

However, conditions in the United States “have not impacted Victoria’s aerial firefighting capability this summer,” he said.