The commissioner for NSW Fire and Rescue Service wants to stamp out bullying and mistreatment of women which he says are common in the organisation. The organisation also was so tied up by red tape that a regional fire station can’t even order toilet rolls without the requisition going through several layers.

Speaking after one year in the top job, the commissioner, Paul Baxter, said he had already kicked out eight staff for sexism and bullying with more to follow.

He agreed that there has been a ‘‘glass ceiling’’ holding back the advancement of women. 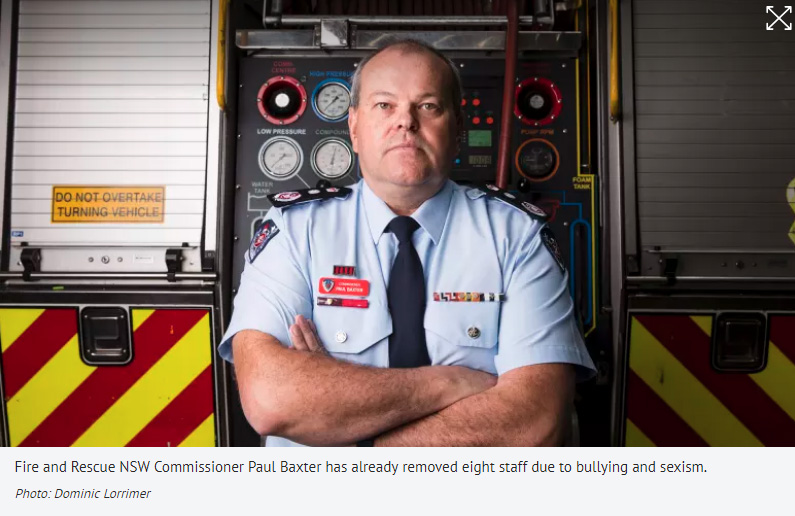 “With all the work that we have done and all the people that I have spoken to we continue to have this issue of bullying, harassment and sexism coming through. I am completely open about that. I didn’t expect it when we went into the sessions with our own people but out it came.

“The public’s perception of fire and rescue, and of our partner agencies, is that we are a fantastic organisation – the public really respect us, the other agencies think we are can-do, co-operative and like working with us.

“But when we turn that question internally, we don’t treat each other so well. So we have still got some hang-up old behaviours that are holding us back from being as good as an organisation as we can be.” 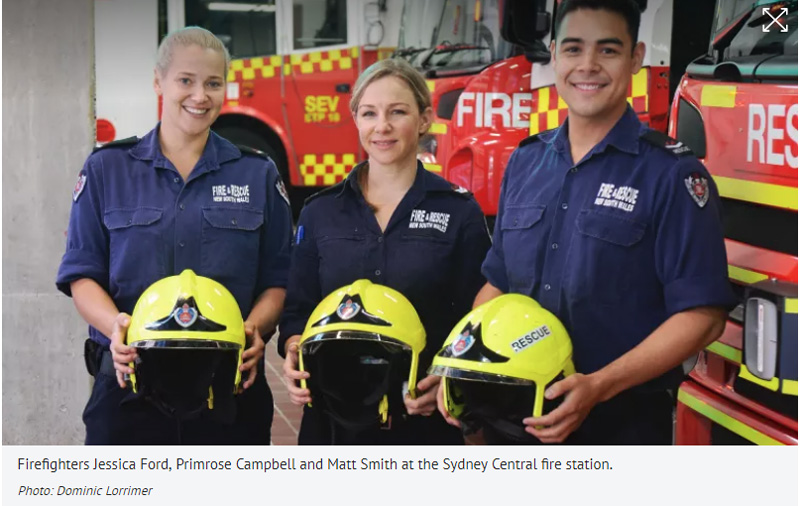 “Changing the culture of the organisation is going to take us some time.

“I have already removed staff for bad and unacceptable behaviour.”

The commissioner declined to give specific examples but said it was essentially behaviour around sexual harassment and bullying in the workplace.

“Unacceptable behaviour from managers to staff and staff to managers. I have been quite astounded at some of the things people have thought it is ok to do,” he said.

“We don’t have a specific goal but we now have 50:50 recruiting but even with that in place it will take us 10 years to get to 20 per cent women in the service. That would be an achievement.

He also accepted that it was difficult currently for women to rise up through the ranks.

“There is a very, very low rate of participation [at more senior levels]. One of our deputy commissioners is a woman, however, she was brought in from outside the organisation. We have done very poorly at being able to grow women right through the organisation. People move up through the ranks very slowly, it’s a 30-year career before you can get to area commander or superintendant type of position. The most senior home-grown person is at inspector level and she is outstanding. More now are understanding that we want them there, and they are at the stage of wanting to step up so we are really supporting their development quite positively.

“We have to do better at having women working in the more senior ranks, for that to occur we have to address issues of how women can stay engaged in the workforce while they are having families and how we support them to keep moving through the organisation while they have got family responsibilities.”