It was an opportunity to thank them for their strong support over the past couple of years for Volunteer Bush Fire Brigades and communities exposed to bush fires across WA.

They assisted the Association in getting the voice of the volunteers and farmer response brigades heard in the aftermath of the Esperance and Waroona fires.

They were also quick to support the Ferguson Inquiry recommendations, including the establishment of an independent Rural Fire Service. Their efforts in Parliament also helped promote the need for more bushfire mitigation.

One of their particularly notable efforts was to ask for clarity on the issue of bush fire brigades’ authority to enter crown land, including forest areas, to fight a bush fire. Their question to the Minister for Emergency Services, Hon Joe Francis, produced a clear response that Bush Fire Brigades are authorised by the Bush Fires Act to do whatever needs to be done to stop a bush fire.

We look forward to their continued support for volunteers into the future. 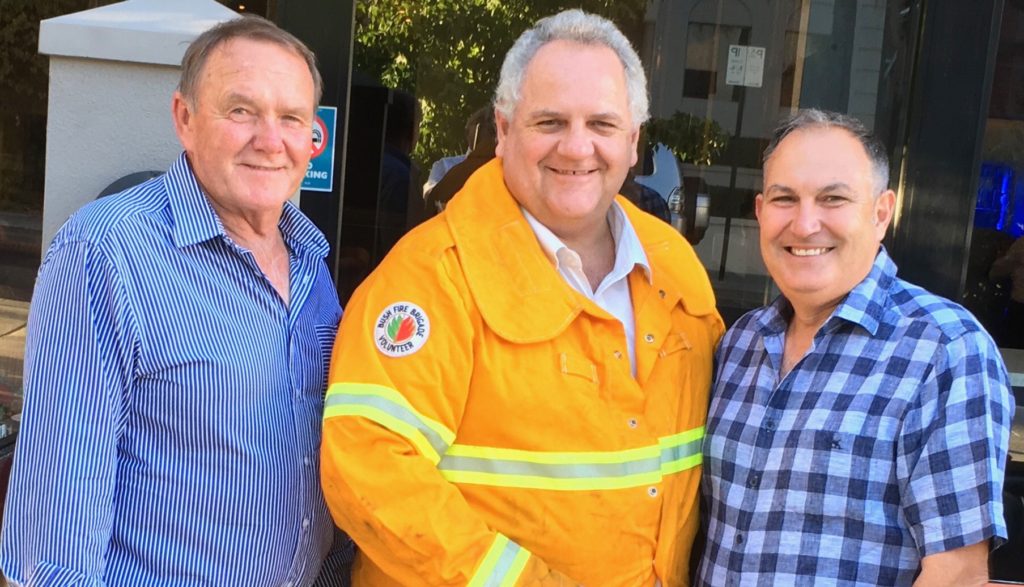