An interesting article from our friends at RiotACT! in Canberra! 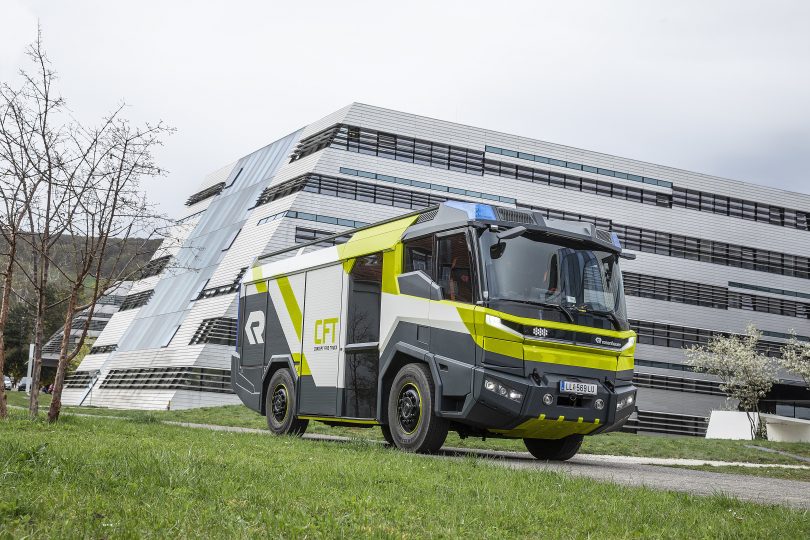 The ACT Emergency Services Agency (ESA) will work with Rosenbauer to pioneer the engineering of the Concept Fire Truck to suit Australian fire services.

The Government says firefighter safety and comfort will be at the forefront of the design with better use of space and greater crew protection.

The vehicle will be ergonomically designed and include a walk-in, walk-out entry to support firefighters’ knees and backs as they move in and out of the vehicle.

“The partnership between the ACT Government and Rosenbauer will engineer a fire truck that’s far more sustainable than our current fleet while being well designed for our firefighters’ needs,” he said.

“This is a substantial step that will help move the ACT closer to achieving a zero net greenhouse gas emissions target by 2045. It is another example of ground-breaking technology right here in Canberra, further cementing the ACT as a world leader in innovation and sustainability.

“Rosenbauer is one of the largest providers of firefighting technology and equipment in the world, and their expertise will help us bring forward new technologies to benefit our firefighters, our community and the environment.”

The transition to a single electric fire truck would cut diesel fuel consumption by about 185,000 litres and engine oil disposal by about 400 litres over a 10-year period.

The Government says it is on track to achieve a 40 per cent reduction in emissions on 1990 levels by 2020, and after electricity moves to 100 per cent renewable sources by 2020, the next biggest emitter, transport, will be the focus of Government action.

The partnership will help bring the technology to the market and is expected to lead to the first fully operational Plug-in Hybrid Electric Fire truck in the Asia-Pacific region by 2022.

The Government has already contracted Rosenbauer to supply a new urban pumper with a 25-metre ladder and rescue platform, and a new 44-metre aerial platform to replace the ageing ‘Bronto’, boosting ACT Fire and Rescue’s urban firefighting capabilities. 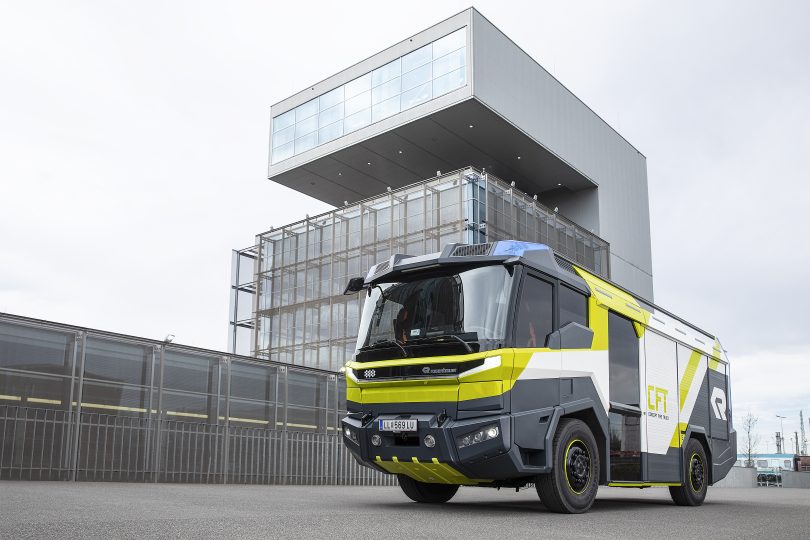 The firefighters’ union says they were blindsided by the announcement. Photo RiotACT!

However, the announcement has been hosed down by the United Firefighters Union ACT, stating that the ACT Government did not consult with them.

Spokesperson Greg McConville said it is concerning that Government is prioritising the purchase of this particular apparatus when a number of other pressing resourcing issues have not been resolved.

“We’ve had no opportunity to ask questions about this proposal, let alone have those questions answered. Firefighters should be at the centre of any discussion about new apparatus, and to date, we have no detail.”

Mr McConville said the union only became aware of the partnership with Rosenbauer to develop and procure the vehicle through the media yesterday (28 August).

“We don’t yet have procedures in place for effectively extinguishing batteries in electric cars,” he said. “If the ACT Government were serious about acting on climate change it would address those basics before adopting electric engine technology in a suppression vehicle.”