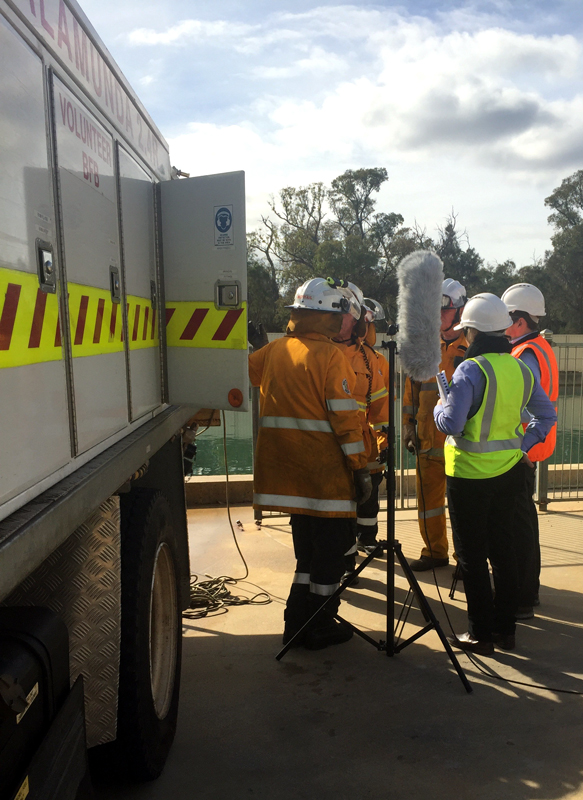 Regular readers will recall this article the Association of Volunteer Bush Fire Brigades (AVBFB) published after one Brigade contacted us about a terribly noisy pump on the back of their 2.4. The members of the Brigade that originally raised the issue told us that they were not only worried about their hearing but also other Brigade members because they believed many others had similar equipment.

In response to our article explaining the issue and asking if other Brigades had similar concerns, we received contact from a number of volunteers across the state who confirmed equipment they had operated were also very noisy.

When it became clear that this could be a design flaw and affect many Brigades rather than just one particularly noisy or faulty pump, the AVBFB asked the fantastic Brad Delavale at DFES to work with us to see if there is a systemic problem and if so, help our members manage the apparent risk.

For the record, we call Mr Delavale “fantastic” because he is one of the senior staff at the Department who “gets” us and just does his best to make things better – without fear or favour of any particular group (including us). Quite simply, he understands that the AVBFB adds value to the “continuous improvement” cycle and takes the time to listen, discuss the issues we raise then respectfully reports back with either what will be done or why nothing can happen about each issue.

And this issue of noisy equipment is a great example of how the AVBFB has been asking to work together with DFES to make things better for years: let’s identify issues, do the science and collectively work toward addressing them so everyone wins.

After raising the issue with the Department, we kept Brad informed of the numbers (no details unless volunteers asked us to share) of Brigades that had similar concerns about the noise of their appliances. He evidently explained the matter with his team and – we are very happy to report – a similarly results-focused individual by the name of Matt Watson, A/Director Health and Safety Services, made contact to invite the AVBFB to attend some noise-testing that had been arranged. Matt told us that as a direct result of our advocacy, the Health and Safety Services team had responded by bringing forward scheduled testing and deciding to make the first session specifically about the kind of pump that our members had raised concerns about.

So the Association joined the amazing team from the Kalamunda Volunteer Bush Fire Brigade at the DFES Training Academy on Thursday where independent acoustic consultants performed a number of tests on Kalamunda’s 1.4, 2.4, 3.4 and light tanker as well as several VFRS and CFRS appliances.

The testing was very thorough, recording levels of engines, pumps, sirens, horns, pump priming and external speakers – individually and together. We were told the engineers will compile and distribute a detailed report of the research, immediately after which work would be done to develop advice to end-users to protect their hearing and if needed, any physical changes that would be made to noisy vehicles/pumps. 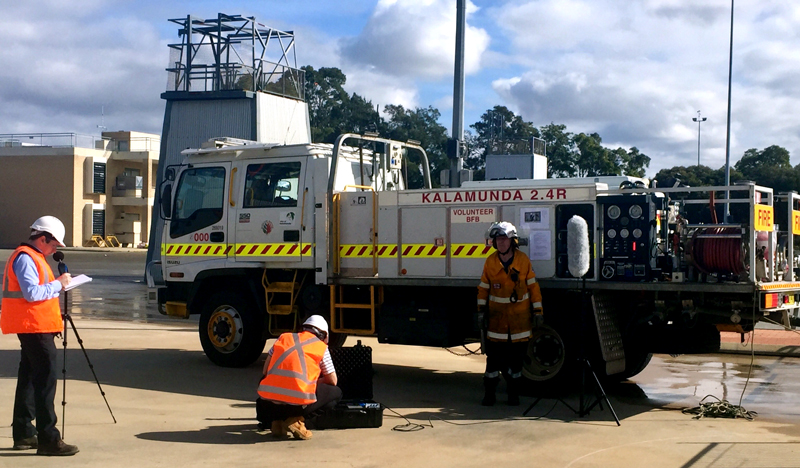 We know that this has been an issue of concern to some volunteers for a long time, but the Association has confidence that this work is an important and necessary step and outcomes will be delivered as soon as possible. The Brigade that first raised their noisy 2.4 with us said they had tried to get action directly with the department a number of times before with no success. It must therefore be acknowledged in a very positive light that by approaching the AVBFB who then worked together with newly empowered DFES staff on behalf of our members (as we are here to do), significant progress has already been achieved.

As always, the Association will keep our members informed of progress as soon as we are able and informed to do so. Thanks to all involved so far.