Elections, be they for government or your local community club, or your brigade, always cause us to pause and reflect on multiple considerations before casting the vote.

Conversations with family and friends will readily disclose a wide range of considerations and with varying levels of priority that will determine their final choice in the forthcoming election.

Government is involved in almost every activity in our community and so people give extra weight to matters affecting their special interest areas. This can be investment in sporting facilities, arts funding, medical, farming matters, social issues, and so it goes on, including emergency services volunteering.

The Association of Volunteer Bush Fire Brigades has endeavoured to promote the bush fire issue to all political parties. Our aim was to garner cross party support for the Ferguson Inquiry’s reform agenda, to depoliticise it so it proceeds irrespective of the political composition of the next Parliament.

We have also brought to their attention other matters, some specific to the interests of bush fire volunteers and others of broader community interest in restoring our capacity to better deal with bush fires and managing the risk.

The Association will publish next week a summary of the positions taken by the parties on key issues pertaining to bush fire management.

The letters were in reply to our group’s request for meetings as part of our effort to rally all parties behind the Ferguson reforms. We were not surprised by their inability to meet with us during the election campaign.

However, we did get statements directly from the two Party Leaders that speak to all bush fire volunteers. 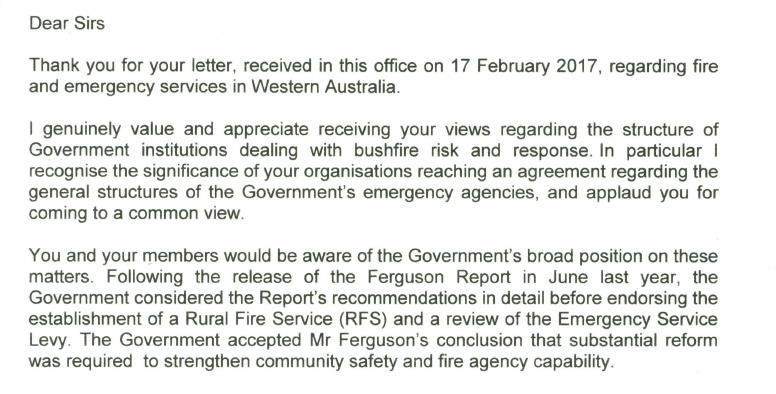 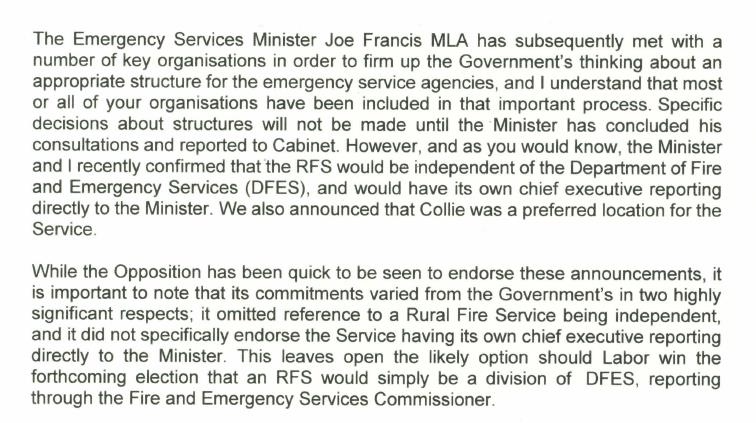 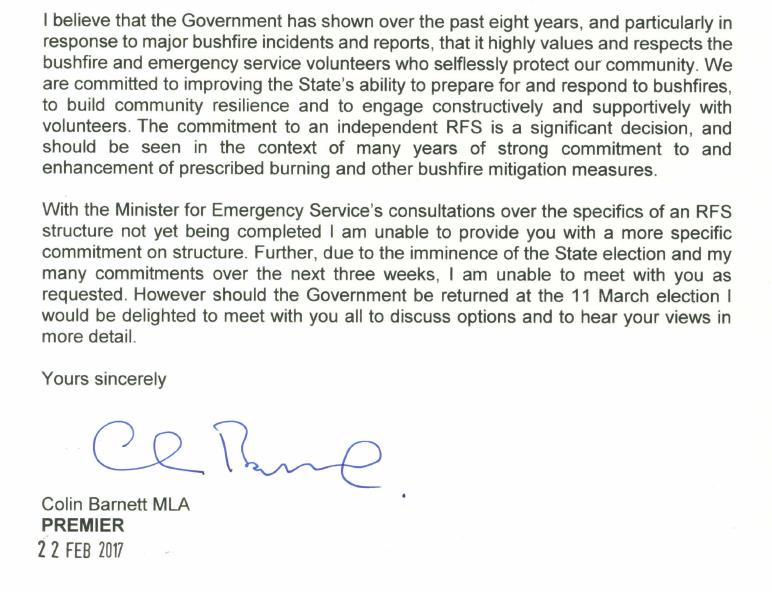 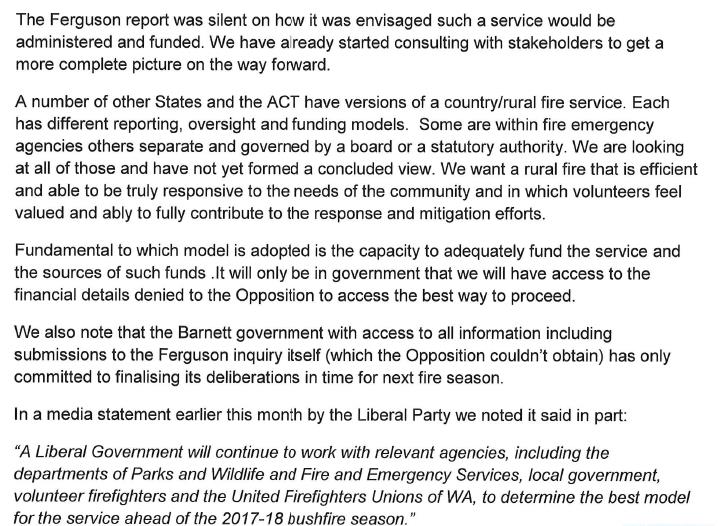 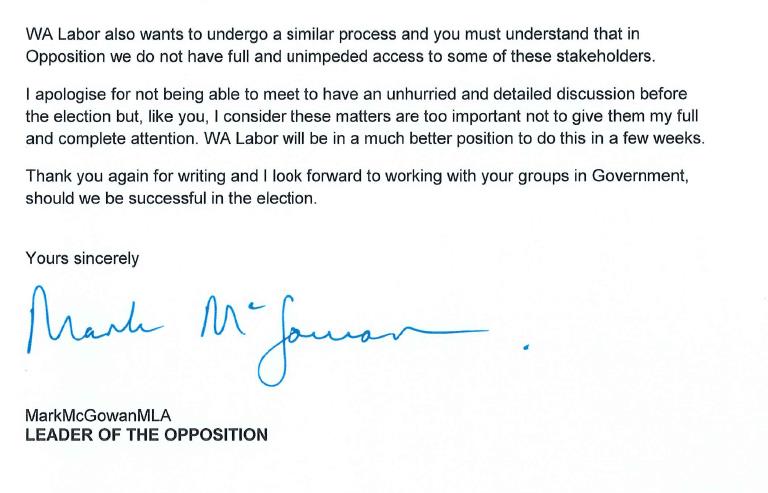