PerthNow: Women Fireys get the call

PerthNow: Women Fireys get the call

The Association of Volunteer Bush Fire Brigades (AVBFB) reminds readers that as well as the full-time career firefighting roles being promoted in the article below, a much higher percentage of women find both frontline firefighting and many other very important and satisfying roles within their local volunteer brigades. Regardless of gender or other defining feature, if you are interested in a full time career, please apply for the DFES recruitment advertised below, but if you have a “day job” and would like to volunteer to help your community in a much more flexible role, please contact your local government and ask to speak to the person who manages recruitment for their volunteer bush fire brigades. 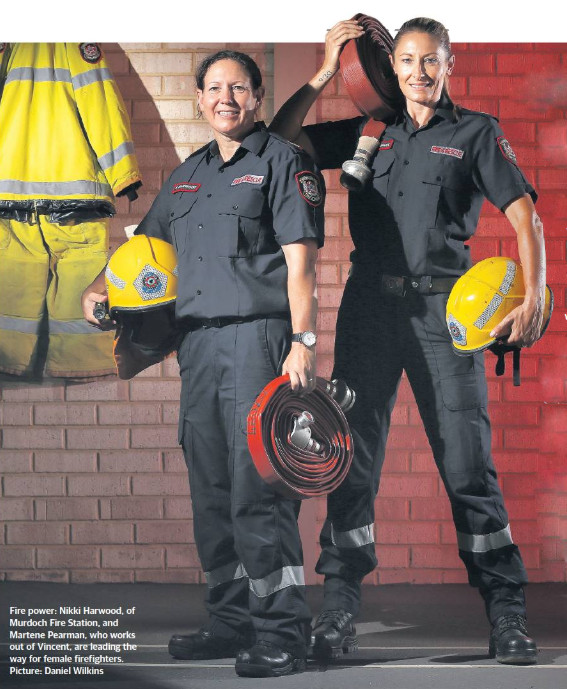 WA’S fire department is on a mission to shatter the stereotype that female firefighters must be “six foot tall” and full of brawn, as a new campaign seeks to boost the number of women in the job.

Women make up just 4 per cent of State’s 1100 career firefighters, in part due to the physical nature of the job and the strength and fitness required to lift heavy hoses and other equipment.

But a campaign by the Department of Fire and Emergency Services aims to encourage more women to be firefighters, with applications opening on January 8.

District officer Kim Lusk said physical fitness and strength was undoubtedly part of the job but working as a firefighter was “a lot more attainable than a lot of women might think”.

Initially recruiters considered targeting personal trainers, former footballers or other sportswomen, and contestants on TV shows like Ninja Warrior. But instead they opted for a social media campaign promoting the fact that many female firefighters are ordinary women.

“It’s a lot more attainable than a lot of women think and it’s a great career. It’s a job for life,” said Ms Lusk, who turned her back on an office job 16 years ago.

“Most of us are ordinary women. There are some extraordinary characters but I wouldn’t say we’re all six feet tall with broad shoulders.”

The campaign was prompted by a diversity review which found DFES could make improvements not just in its gender balance but also in its mix of ethnic backgrounds, including indigenous fire fighters.

Among the fitness tests are dragging an 80kg dummy 30m and pulling a fire hose full of water 180m. Recruits must attend a 19-week firefighter school.

Among DFES’ complement of women firefighters are former footballers Nikki Harwood and Martene Pearman, who agreed the demands of the job were not easy but said they wouldn’t want to be in any other profession.

“It’s an amazing career. Strength is a component and I definitely had to train, but I’m only 165cm and I find it’s really about your attitude. If you have the right attitude you’ll get along with people and be able to do the job,” said Mrs Harwood, 43, a mother-of-three and former Collingwood footballer.