New 3.4U delivers a much needed resource to Wiluna community

New 3.4U delivers a much needed resource to Wiluna community 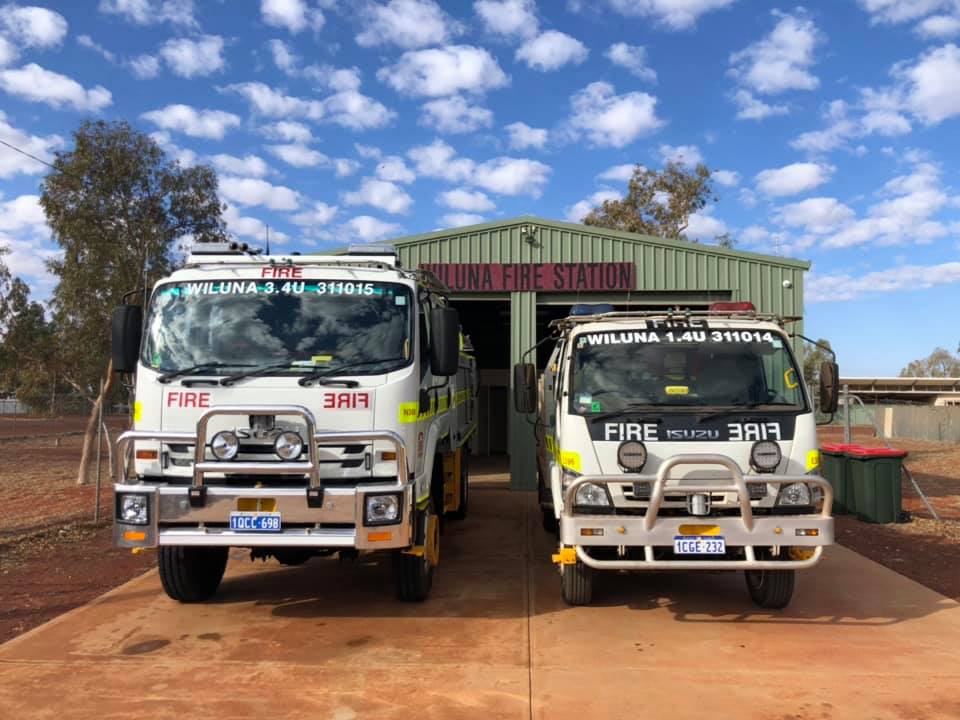 Wiluna Volunteer Bush Fire Brigade 3.4U and 1.4U at the Brigade August 2019. Photo Facebook

It has taken a lot of time and effort by many, but the incredible volunteers of the Wiluna Town Bush Fire Brigade have this week been handed the keys of a brand new 3.4U fire truck.

While there are still gaps in the resources the Brigade needs to provide thorough risk management for the remote town, the arrival of the Brigade’s second appliance adds up to six vitally important seats for crew – more than doubling the number of volunteers now able to attend incidents in appropriate and safe vehicles.

As the remote town that Wiluna is, the Brigade’s incredibly patient and persistent Captain explained to the AVBFB that the need for the second appliance isn’t only about the tyranny of distance. With a busy airport accepting and dispatching jet aircraft many times a week, bulk fuel storage and a number of other significant risks, the Brigade wants – and the AVBFB supports – the equipment and training required to be safe and at least able to contain vehicle, structural and other complex fires until specialist support can make the long journey to help.

We know there is no one that deserves more kudos for their new vehicle than the incredible volunteers of the Wiluna Town Bush Fire Brigade themselves. They have worked professionally and persistently to absolutely demonstrate their capacity to make very good use of new resources to protect their community.

But we also know others including the Member for North West Central, Vince Catania and Emergency Services Minister Hon Fran Logan have added to our advocacy in support of the Brigade being better equipped. And of course we would be remiss to not also acknowledge the work of the Volunteer Fire and Emergency Services Association, who have lobbied with us despite the Brigade not being a part of the service they are funded to represent – thank you and congratulations to all.

As we said at the beginning of this article, there’s more work to be done but for now, let’s congratulate the amazing women and men of the Wiluna Town BFB for this step forward and celebrate with the wonderfully joyous photo below of the 3.4U’s first official duty today – escorting the Wiluna Remote Community School’s NAIDOC week march through the streets of this feisty and resilient WA community.