Our friends at the ABC Midwest and Wheatbelt posted the following article on Facebook earlier, noting the amazing work being done by various services including two of our wonderful Brigades – Moonyoonooka and Cape Burney. As you can see by the photo supplied by ABC, the fire was in a Hay Shed was generating a lot of smoke, which would have been very difficult for the bush fire volunteers to manage without breathing apparatus.

We are told it was extinguished without acute injury to anyone, so congratulations to all involved and thank you to the ABC for naming the brigades whose members spent their morning not with their families or at their paid jobs. 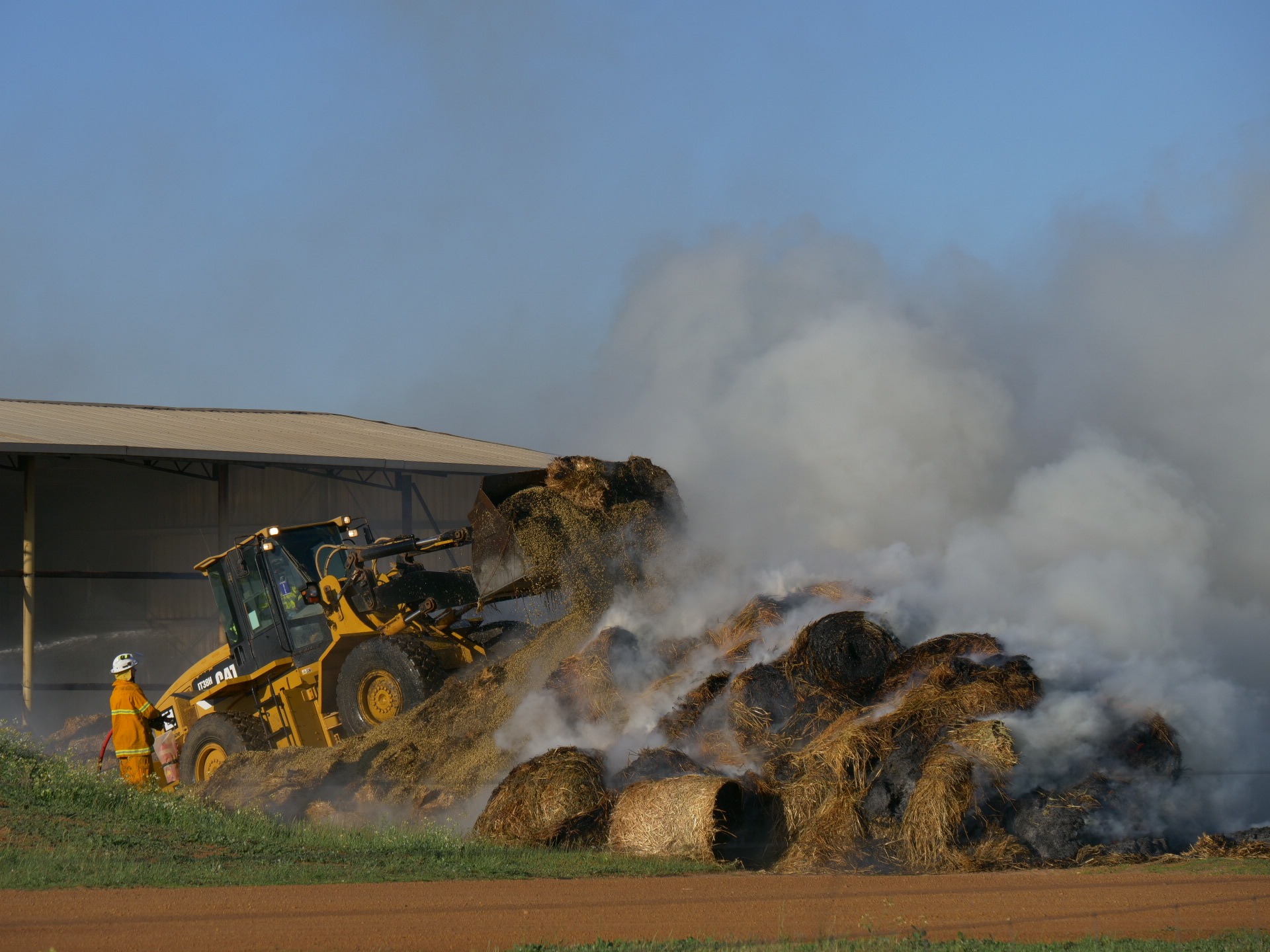 The structural fire, understood to be in a hay shed, is generating large amounts of smoke blowing in a westerly direction.

Motorists are advised there may be reduced visibility on Edward Road.

Motorists should avoid the area until the fire is under control as well as exercise caution and obey all warning signs and directions from authorised City personnel and contractors.