The proposal envisages wider use of the station as an incident control point and it will be pleasing news for the local community and the Stoneville VBFB.

The Association will work hard to make sure the new station is built and we will lobby for it even if there is a change of government at the forthcoming election.

Coverage of the announcement by Lynn Grierson in the Hills Gazette follows below.

He made the announcement alongside Kalamunda MLA John Day, promising a contribution of $250,000 to build a new headquarters for the Stoneville Volunteer Bushfire Brigade.

“In the event of an emergency, Mundaring will be much better able to set up as an incident control centre, also potentially covering the Gidgegannup area,” Mr Francis said.

“Along with incident control and co-ordination, a new headquarters would mean Department of Fire and Emergency Services staff could be strategically located in the North East region.”

Mr Day said the new headquarters would also provide potential office space for DFES central staff to be located in the area.

He said Stoneville’s 65 volunteers firefighters often travelled east to fight fires and had attended fires in Yarloop and Esperance.

The Shire of Mundaring is responsible for management of the brigade, including the station facilities, and preliminary discussions have begun to replace the station on Bentley Road and the community hall. 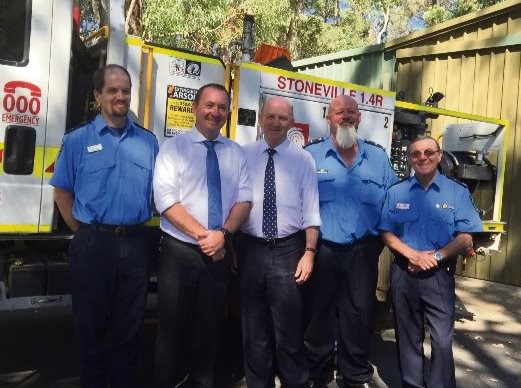