Here’s an interesting little article from our friends at the wonderful Kalgoorlie Miner.

We assume the reference to a new Volunteer Fire and Rescue Service (VFRS) brigade in the first line is a typo and in fact the Minister and Commissioner are actually continuing to invest in Volunteer Fire and Emergency Service (VFES) units like the one they announced for Bidyadanga in the Kimberley late last year.

The Association has consistently been one of the leading voices in supporting greater diversity in WA’s emergency services and remain committed to a more inclusive culture. We therefore sincerely hope these “Aboriginal-run” brigades are not prescribed to be such and can be genuinely justified using the same “Resource to Risk” system that other brigades in equally or more risk-prone brigades are subjected to when applying for funding and equipment. 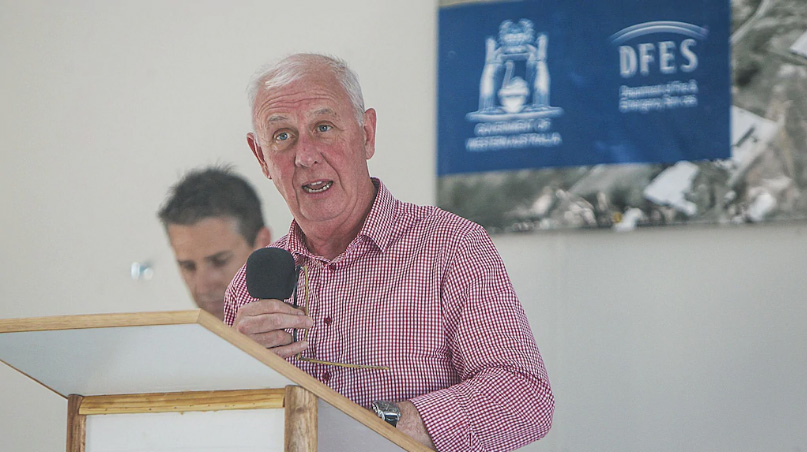 Warburton could become home to the first Aboriginal-run volunteer fire and rescue service in the Goldfields, according to Emergency Services Minister Fran Logan.

About 1600 people live in the Ngaanyatjarra Lands, comprising 10 remote Aboriginal communities across 160,000sqkm of desert in the northern Goldfields, 1000km north of Kalgoorlie-Boulder and hundreds of kilometres from existing emergency services.

Mr Logan raised the idea with elders in Warburton on Friday, a little over two months after the first Aboriginal-run volunteer fire station in Australia opened in the State’s north in November.

“I raised it while I was out there in Warburton, whether the elders felt it was a good idea to have an indigenous volunteer fire and emergency facility,” Mr Logan said.

“It’s of the nature of where Warburton is, because it’s in the middle of the highway to Alice Springs, they do get a lot vehicles through there as well and fire can be an issue for the western desert lands.

“So I’d like to take that forward and see if we can develop a volunteer fire and emergency service out at Warburton.”

Department of Fire and Emergency Services commissioner Darren Klemm is on board with the idea and said there was no reason the model rolled out in Bidyadanga, 190km south of Broome in the Kimberley, would not work in the northern Goldfields.

“We’re always looking for opportunities to make sure we’re delivering a service across the whole of Western Australia,” he said.

“To do that, we can’t be (just) focusing on the metro area and the larger regional areas. We need to make sure that if someone is stuck in a car and it’s out near Warburton, we want to provide a structure or a response model that supports their wellbeing as well.”

Mr Logan said there were a number of properties in the Shire of Ngaanyatjarraku, including 300 State Government-owned houses, which could be at risk of structural fires. “There’s quite a number of structures out there that if they caught fire, there’s a real problem, so we need to have people who can respond to that,” he said.