The Greens WA Party released its Bush Fire Readiness policy this week. Their policy agenda is published below.

The Greens WA Policy supports the Ferguson reform agenda and supports our efforts to restore independent authority to local volunteers and their communities.

It is good to see the Greens listening to the community and developing policy that will benefit community and volunteers who are the backbone of this state.

We have issued a public statement welcoming the Greens WA policy as set out below and appreciate the opportunity we had to speak with them about the policy. 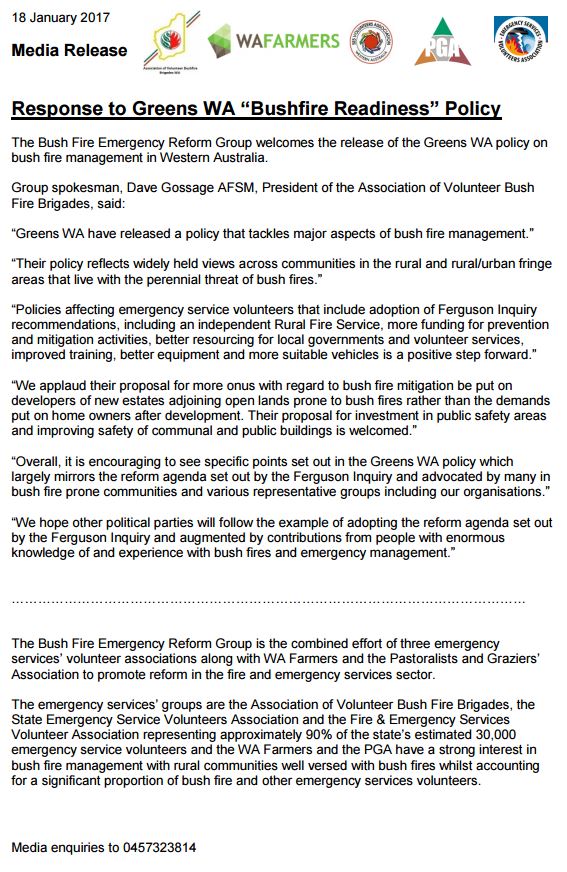 The Greens would fight to create a fully independent rural/bushfire service for volunteer firefighters to deal with mitigation, bushfire response and to support local governments in building regional community resilience as the threat of bushfires intensify into the future.

Greens candidate for Murray-Wellington, Callum Burwood, said of the $320million collected from the Emergency Services Levy (ESL), 90 per cent goes towards administration and just 10 per cent to actual emergencies.

“Firefighters want more bang for their buck with the ESL. We need more of the levy to be put back into the community and build resilience, not fear. We need to reduce fuel loads with prescribed burns, nationally accredited training, and better equipment for firefighters,” he said.

Greens candidate for East Metro, Tim Clifford said regulating housing developments in bushfire areas was one element of a range of preventative measures to keep people and their properties safe from bushfires in extreme weather.

“More attention needs to be paid to where developments are allowed to take place,” he said.

o   The creation of an independent rural/bushfire service

o   Quarantine more funding from the Emergency Services Levy towards on the ground services, support and mitigation to better reflect all components of the “Planning Preparation Response Recovery” model; 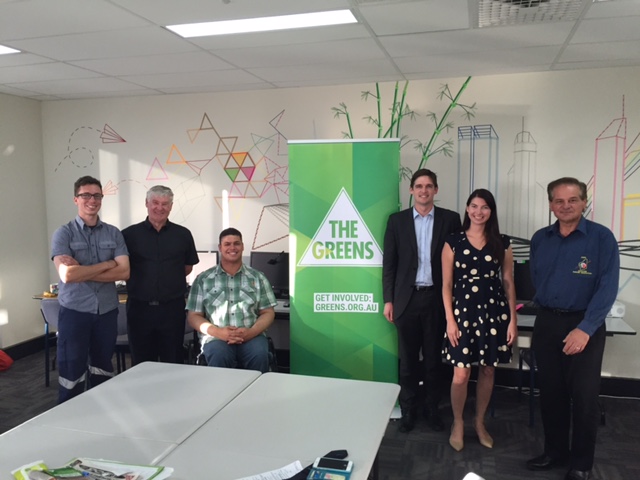