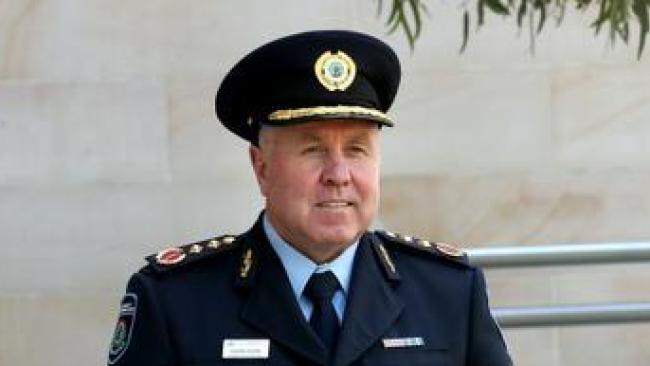 Mr Klemm is currently assistant commissioner at the Department of Fire and Emergency Services.

Emergency Services Minister Fran Logan made the announcement this afternoon ahead of the retirement of Wayne Gregson, WA’s first Fire Commissioner who transitioned DFES from the Fire and Emergency Services Authority during his five-year term.

Mr Klemm, a 27 year emergency services veteran who came up through the ranks of the Fire and Rescue Service, has been appointed for an initial 18 month term.

Mr Logan said the shortened term – which covers two fire seasons – was to allow the Government to work through structural reforms resulting from the Waroona-Yarloop disaster and ‘machinery of government’ changes enacted by the McGowan Government.

Mr Klemm, a long term member of the United Firefighters Union, said he would end his membership on taking on the Commissioner’s role next week.

Bushfire and other emergency services volunteers often disagree with the UFU, but Mr Klemm said he was confident he could put aside his union background to steer the sector impartially.

“I stopped being a career firefighter in early 2000s and from there I moved into regional WA leading, managing and supporting volunteers,” he said.

“The last six years I’ve spent as an assistant commissioner in the executive leadership team at DFES so there is a broad breadth of experience there.”

Mr Logan said the Government was still working through the chief recommendation of the Ferguson inquiry into Waroona-Yarloop – the implementation of a rural fire service.

Inquirer Euan Ferguson recommended the service be established either as a standalone agency or a sub-department of DFES.

Volunteers heavily favour the standalone model, but Mr Logan said that was unaffordable.

“(A sub-department) can be done in a budget-neutral fashion,” he said. “I am still unaware of exactly what that structure will look like at the moment because it is being handled by Department of Premier and Cabinet.

“What I’m hoping to do is have an announcement on the future of a rural fire service before the next bushfire season. That doesn’t mean to say that that rural fire service structure will be fully implemented (by then) because it’s impossible to do that.”

Mr Klemm said he stood ready to implement whatever model the Government decided upon.