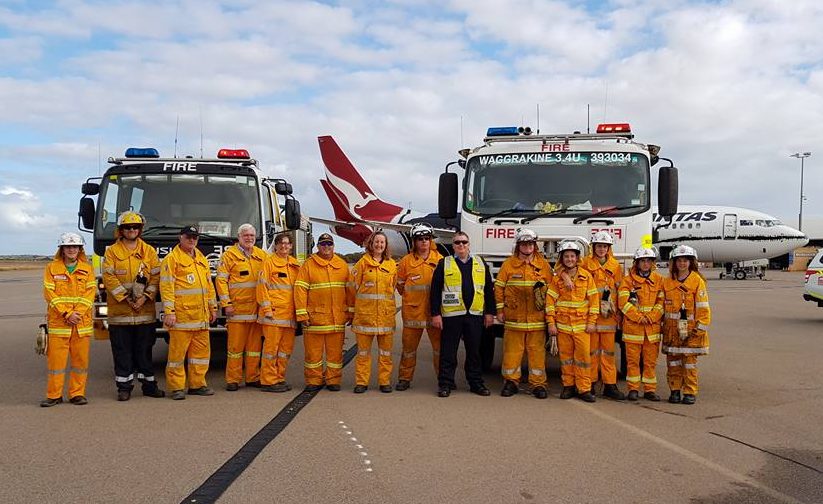 We know the ladies and gents of the State’s largest emergency service do it mostly to give back to their communities, but sometimes being a member of a Volunteer Bush Fire Brigade is also just plain awesome!

And that’s how the crews from some of the City of Greater Geraldton’s Volunteer Bush Fire Brigades described the experience of watching the first ever Boeing 737-800 to visit the City roll underneath the arch of water they created from their appliances. 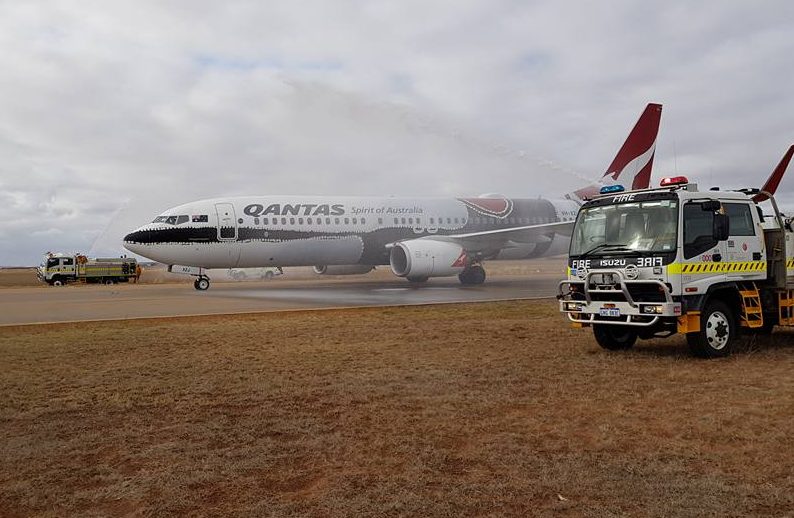 The Qantas jet landed in Geraldton for a Tourism Summit this week after taking dignitaries and guests for a scenic flight over the nearby Abrolhos Islands.

Congratulations to the volunteers who attended and gave the jumbo a free wash and thank you to AVBFB zone rep Alison Lloyd and the Waggrakine VBFB for sharing the great photos and video with us.