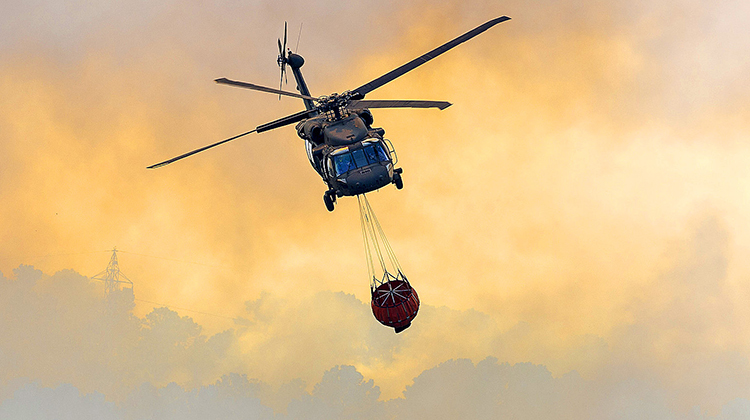 Sikorsky Helitech, Kaan Air Australia and StarFlight Australia have signed an agreement to bring an initial 10 ex-US Army UH-60 Black Hawk helicopters into Australia to be refurbished for use locally in aerial firefighting, emergency services and disaster relief operations.

Sikorsky Helitech will carry out the ‘as new’ condition refurbishments at its Pinkenba facility on the banks of the Brisbane River, south of Brisbane Airport, with the helicopters to be imported into Australia from early next year.

The Black Hawks will be operated by StarFlight Australia, which launched in April 2016, while Sikorsky Helitech will provide ongoing maintenance and repairs.

The agreement, announced in Brisbane on Thursday, is valued at up to $175 million when including an option to upgrade an additional 10 Black Hawks.

“The purchase of 10 plus 10 optioned Black Hawks represents a significant milestone for the firebombing and disaster relief helicopter industry in Australia, particularly in terms of efficient rotary wing attack to reduce loss of life and property during bushfire events,” said Kaan Air Australia and StarFlight Australia chief executive John Skeen in a statement.

Skeen said more than 50 new pilot and technical jobs will be created as a result of the agreement in the long term, including new apprenticeship opportunities. 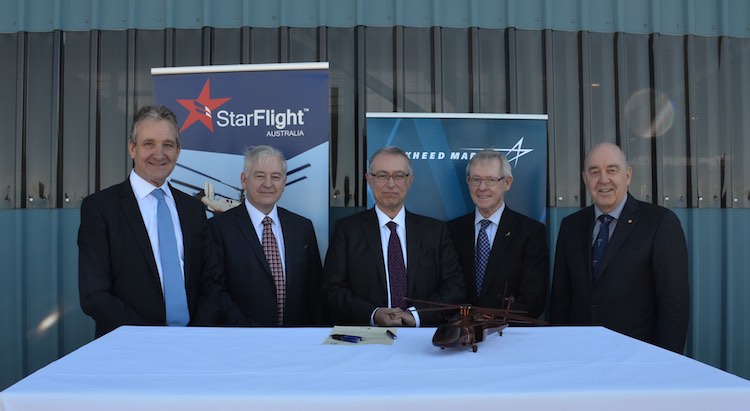 The Black Hawks’ firefighting capability will be in the form of an underslung bucket or an internal tank system. The internal tank will be developed and manufactured locally with StarFlight currently talking with local companies to get planning underway for the design and certification.

“A tank is a tank, and we could probably get an existing tank retrofitted to make it fit,” Skeen told Australian Aviation.

“But what we’re intending to do is purpose-build a supplemental type certified internal tank designed to drop water in accordance with local requirements and conditions.”

Up to four of StarFlight’s Black Hawks will remain in Australia year-round on standby with the remaining machines able to be redeployed throughout the region.

“When they’re not fighting fires here, they will be configured for counter-disaster style operations,” said Skeen.

“For all intents and purposes, they will be multi-mission helicopters, but their primary mission will be firebombing.”

Skeen explained the constant availability of the Black Hawks in Australia will ensure a fast and capable fleet of Type 1 firefighting helicopters will be on-call in the event of an out-of-season bushfire emergency.

“All of these overseas helicopters that keep coming every season, they come in and then they disappear,” he said.

“And the next thing Victoria is burning or the ACT burning and there’s no heavily lift helicopters readily available. At the moment, the National Aerial Firefighting Centre doesn’t have access to this class of helicopter out-of-fire season.”

The first 10 Black Hawks have been hand-picked by Sikorsky from surplus US Army stocks for their suitability in aerial firebombing and external heavy load lifting ability.

“They’re not the US$1 million Black Hawks that you can buy on eBay,” quipped Skeen. 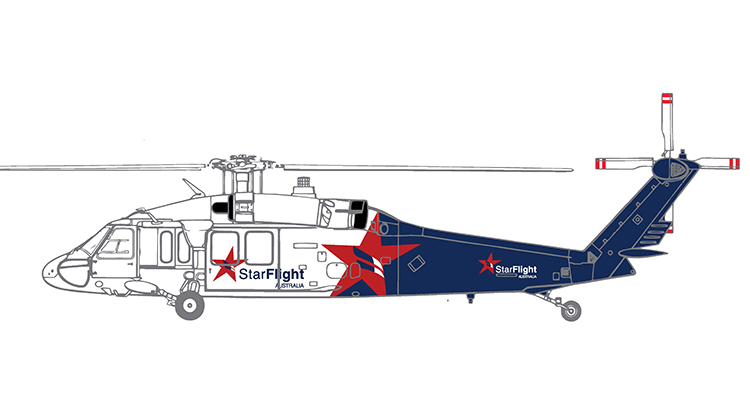 How StarFlight’s Black Hawk will look when in operation.

“These Black Hawks are all fully supported and backed by Sikorsky. We will have a supply chain commitment and guarantee, OEM training including simulator training.”

The first StarFlight Black Hawk is ready at Sikorsky in the US waiting to commence its new life in Australia. It will soon be painted in StarFlight’s blue and white colour scheme before being shipped to Sikorsky Helitech, which will take it through a series of modifications required specifically for fire bombing and for inclusion on the VH register in the restricted category.