Do we want more emergency service volunteers, or not?

Do we want more emergency service volunteers, or not?

The Association of Volunteer Bush Fire Brigades has always held the view that we cannot have too many volunteers. Many people in the emergency services sector, and probably the wider community, would agree, especially when they see on the news hundreds of volunteers flown in from the eastern states during a major incident.

Yet despite all this effort and widespread recognition of the challenge to recruit and retain volunteers, we were sent an example of volunteers being rebuffed.

Four years ago, the Bassendean Volunteer Fire and Rescue Brigade was disbanded against the will of the community. It was deemed surplus to requirements with the establishment of new career fire stations. Sadly decision makers have missed the point about resilient communities and having the capacity at the local level, not to mention the sense of pride.

The closure of the station came despite the opposition of volunteers and their local community who put some 8,000 signatures on a petition calling for the volunteer brigade to remain.

In the 3 years prior to its disbandment, the brigade attended 64 incidents in the metropolitan area and surrounding hills and another 10 in support of brigades in the regional areas.

With over 40 active members, they were able to be deployed in a timely response and could continually provide shift crews. In addition, as the brigade does not have a unique fire district, it can be called upon to turn out to incidents without leaving their area unprotected.

There are still a lot of ex members who have a strong community spirit and are waiting for the brigade to reopen so they can serve and protect the community.

The Association of Volunteer Bush Fire Brigades supports all communities and volunteers who want to build their resilience and capacity to deal with emergencies as well as building up our combined volunteer emergency response capacity.

After all, do we want more emergency service volunteers or not?

Perhaps somebody believes we have reached saturation point with volunteers.

Story reproduced below is by Kristie Lim, published by the Eastern Reporter Community News, and can be accessed via this link.

BASSENDEAN Volunteer Fire and Rescue Service former captain Mike Smith has renewed calls to reopen the fire brigade four years after its closure, in light of the Upper Swan fires.

The fire brigade station, located on Parker Street, is currently vacant and operated for 101 years prior to its shutdown.

Mr Smith said there was a need for more volunteer firefighters to help respond to larger fires.

“People get there in a decent amount of time because you have East Swan and West Swan Volunteer Bush Fire Brigades but it is better to get as many people as possible out there to get the fire out as soon as possible,” he said.

“We have gone to many fires in the Upper Swan region and with global warming, the fires are getting worse and fire seasons are getting longer.

“I think it was a silly decision to close it (Bassendean) in the first place; it did not make any operational sense.

“I’d just like to see a sensible operational decision made to reopen the fire brigade to protect the people of WA.”

However, Department of Fire and Emergency Services’ Metropolitan Assistant Commissioner Darren Klemm said volunteer bushfire brigades would welcome new members but there was no need for another fire station in the eastern suburbs.

“Ellenbrook Fire Station responded within 10 minutes of receiving the triple zero call, followed by several other career and volunteer brigades,” he said.

“There are career fire stations at Kiara, Midland and Ellenbrook, and multiple volunteer brigades available to respond to bushfires and other incidents in the eastern suburbs.”

Mr Klemm said there were no plans to re-establish a volunteer fire brigade in Bassendean due to the opening of Kiara Fire Station in 2014.

“If Labor wins the election in March, I will as the local MP look at every avenue to restart the Bassendean Volunteer Fire and Rescue Service,” he said.

Bassendean Mayor John Gangell said Council was looking at an option to purchase the site but it was yet to be decided.

“If the State Government or State Opposition wishes to use it for a volunteer fire brigade, I am almost certain Council would have no objection and would be more than happy to have it reopened and utilised for that purpose,” he said. 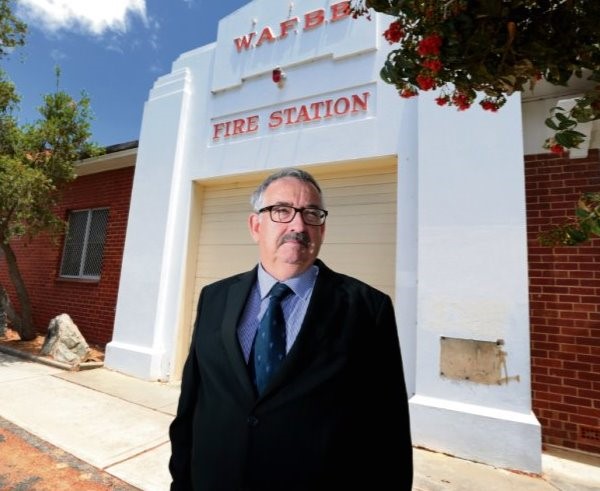