People sometimes ask why the Association of Volunteer Bush Fire Brigades (AVBFB) says there are at least 26,000 volunteers in WA’s Bush Fire Service even though state government only has around 20,000 registered. For anyone who has ever witnessed the way almost everyone in a regional town swings into action when disaster strikes, the answer is obvious. For those who haven’t, this article from our friends at the Countryman demonstrates the point that there are not only thousands of bush fire volunteers who don’t have a traditional “brigade” but also hundreds of private (and impressive) vehicles that play a vital role in keeping many communities safe.

Thank goodness for the generosity of our incredible and diverse local bush fire volunteers! 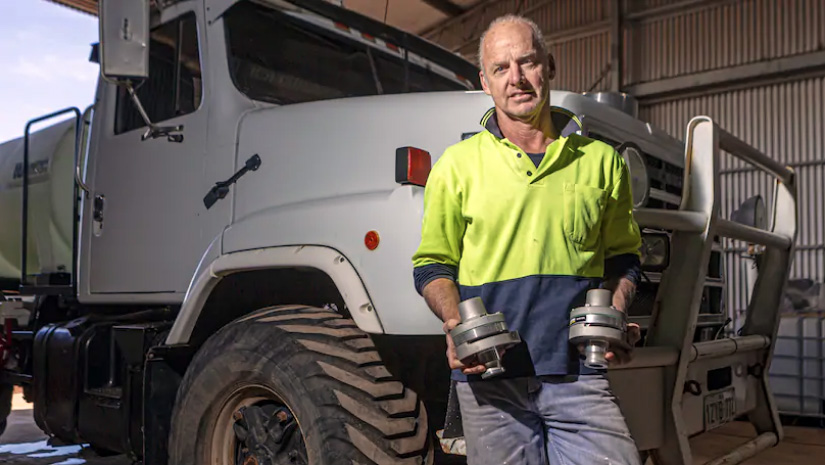 When a fire breaks out, during harvest or from a lightning strike, farmers need to be ready to act swiftly.

Kim Slarke from Lake Grace, along with many other farmers, have designed and built their own firefighting units, utilising machinery they have on hand.

Mr Slarke is building a firefighting unit, using a 1980 S-Line truck, a 5000-litre spray tank, two hoses and a nozzle.

He and his family are putting the final touches on the unit they hope they may never have to use.

“Like all farmers, fire safety is one of the most important priorities in terms of safety at harvest time,” he said.

“Everyone has a fire unit, but for some of us, it is only just adequate.

“We are trying to address that because we have a lot of responsibility as far as our family and workforce are concerned.”

The truck itself was bought by the Slarkes in 1999, before being retired from its original spraying duties in 2013.

It has since been used to pull the farmers’ chaser bin, before being a firefighting unit, with a “nurse tank” on it for the past two years. 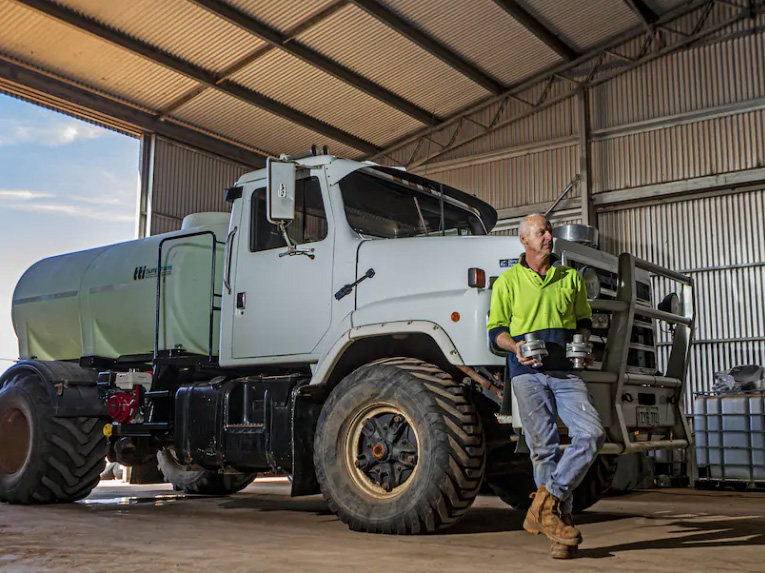 The Slarkes are now busy installing two flood nozzles at the front of the truck, which are rated at 900 litres a minute, as well as a one-inch reel hose on the back left and a 1.5-inch, manned hose on the back.

“The idea is to operate the front jets from inside the cab, so when you drive to put the fire out, you are not exposed,” Mr Slarke said.

“Then if the fire isn’t too raging you can have a person on the back, on the platform and they can use the big hose to put out a fire.

“On the other side of the vehicle we have a smaller hose on a reel that we can do mop up situations with.”

“Every third day there was smoke on the horizon,” he said.

“We have invested a lot into our business, and we owe it to our staff and neighbours to be safe.

“As well as that, we have a lot of money tied up in our crops and machinery.

“Considering all that, it is probably not overkill to have an efficient fire unit on the farm.”

The Slarkes’ unit, along with others, will be at the Lake Grace WANTFA event on September 10.

Lake Grace is next off the rank for the third and final WA No-Tillage Farmers Association live machinery demo day, an annual series of demonstrations held across WA.

The event will include live demonstrations of equipment from AFGRI, Farmers Centre, Agrifac, McIntosh & Son, and CLASS Harvest Centre.

Australian Potash Limited will also provide an update on its sulphate of potash for WA farmers project and its future plans, before a sundowner at the end of the day.

Dozens of farmers turned out to see machinery demonstrations from a range of dealers and brands, including a JCB demonstration from Boekemans, and IHSD update from McIntosh & Son, and a TTQ Super Raptor.

Mr Slarke is keen to see how other farmers had built their firefighters.

“I think it is just about utilising what you have, making it reliable … as well as learning from other farmers and manufacturers on what you would like to set up,” he said.

“If you have a vehicle that is still reliable, it could be made into a reliable firefighting unit.

“This has not been cheap to set up, but it is probably cheaper than buying a specific unit.

“Wouldn’t it be great if we never have to use it.”

The machines will form the centrepiece of a firefighting and safety event with Bell Fire Equipment owner Jim Ponsonby, of Bunbury, during the morning of the event.

“The main aim of the event was to help farmers make comparisons between the various machines, and to see them in action,” Mr Currie said.

“There will be spreaders, seeding, tillage, a Reefinator, a mix of everything.”

The WANTFA Lake Grace Live Machinery Demo Day will be held from 9.30am on September 10 at a demonstration site 7km east of Lake Grace, on the Lake Grace-Newdegate Road.

The event costs $5 for morning tea and a gold coin donation for lunch, with all proceeds going towards Lake Grace community projects.