AVBFB President Dave Gossage spent the day at WA’s most important rural event yesterday, Wagin Woolarama, listening to and consulting with many of our valuable stakeholders including many volunteers from both formal Bush Fire Brigades and farmer response units.

Some of the most common themes to the discussions with rural volunteers included the work we have been doing to get long-overdue fit for purpose vehicles into the regions, the status of changes we have been fighting for to make training more flexible and sensible for rural volunteers and the ongoing need to increase the percentage of ESL being made available to Local Governments.

Regarding ESL, a number of rural leaders and locals expressed anger that the 10% increase in ESL last year had been “sold” as extra funding for rural fire work but spent on other things (we will investigate these claims and share what we find in the coming weeks).

We were also a little surprised to hear many people are still unhappy that the Premier’s pre-election commitment to create a Rural Fire Service got watered down into what one particularly frustrated officer from a great southern local government called “not a service at all – just more jobs for the boys in Perth”.

While in town, the AVBFB also met with the Wagin Shire President to listen to some of the bush fire issues particular to the town. 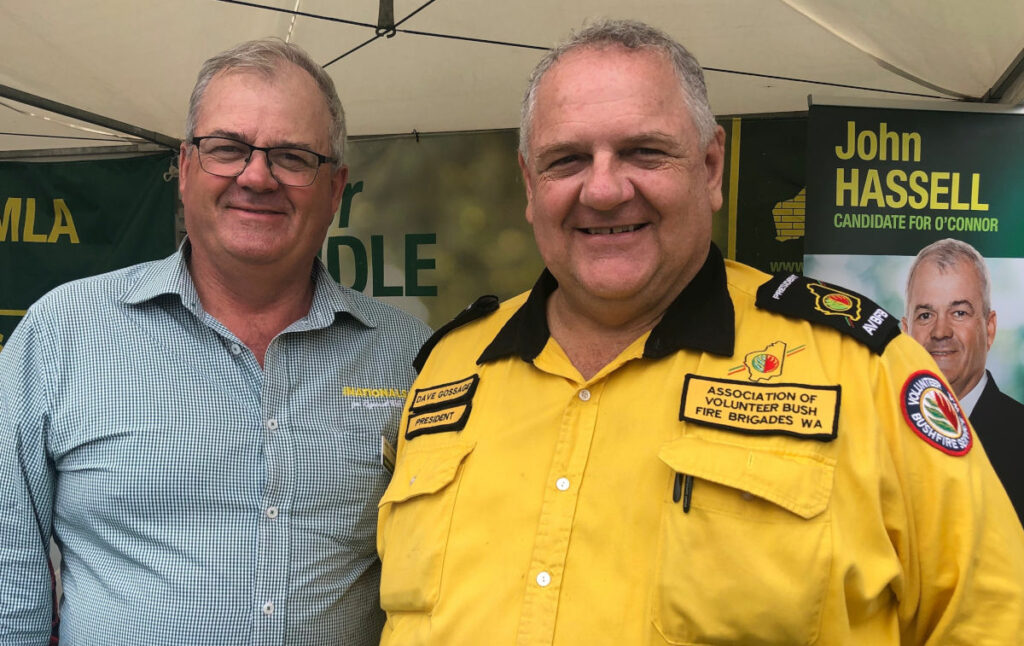 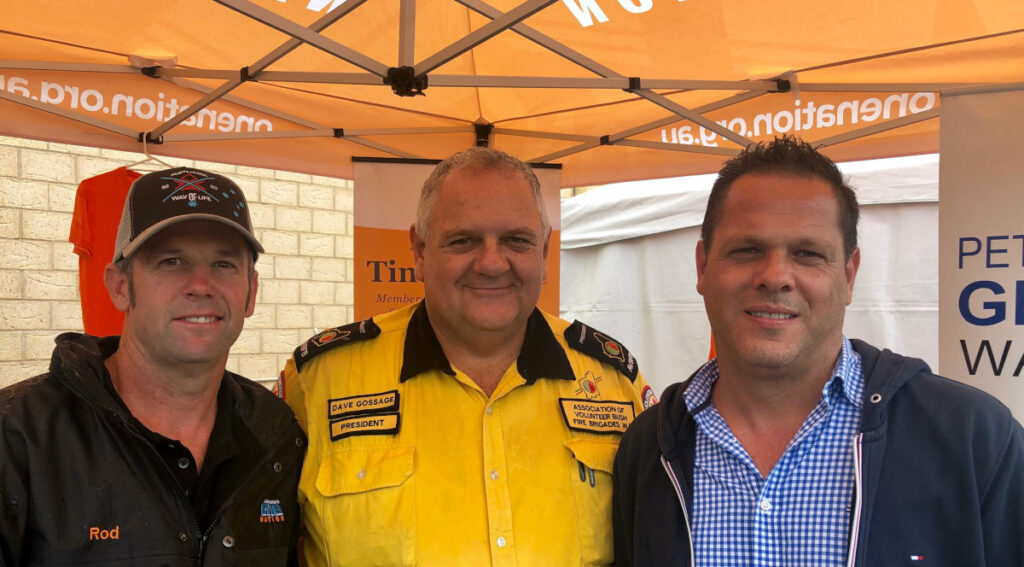 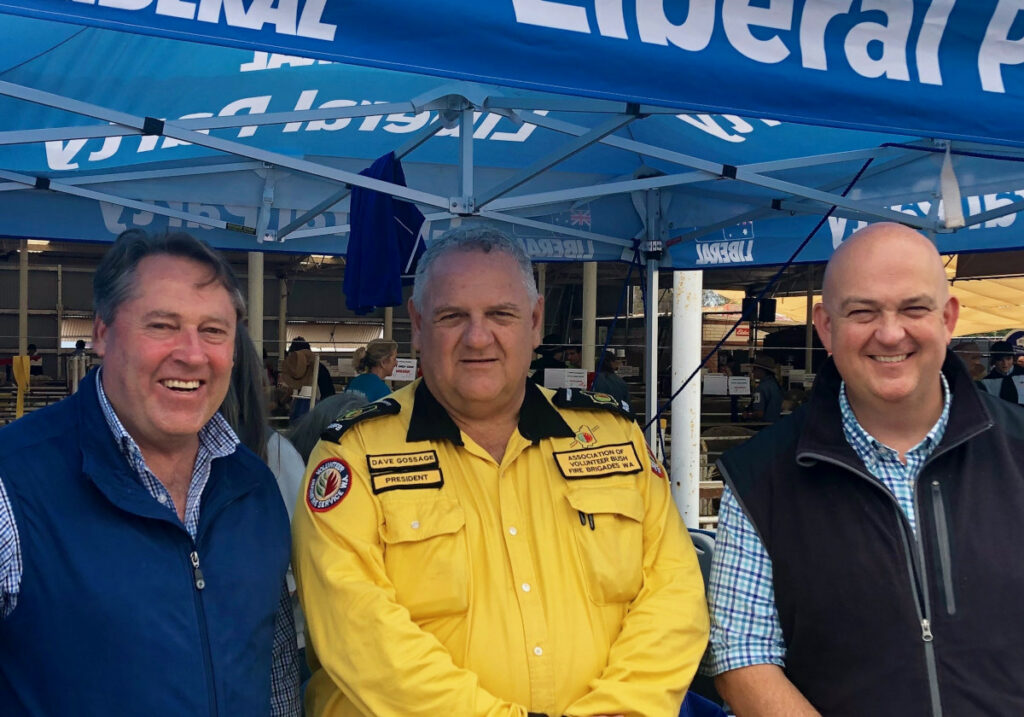 The team stopped by and had a chat with every political party that had a stand at the event. Most were understandably very focused on the imminent Federal election so we kept most discussions to introductions and general background of the amazing work our 26,000 bush fire volunteers do for the state and country as a whole at no (labour) cost to any government. However, when it was appropriate, we did talk about some of the big federal issues we have been working on with our interstate colleagues through CAVFA like tax incentives for emergency service volunteers. 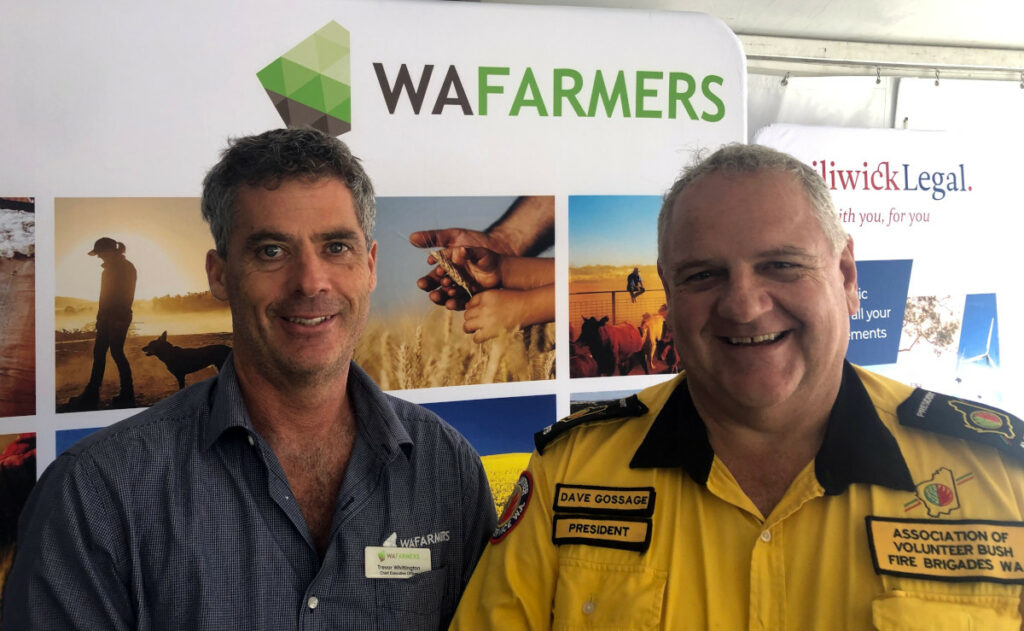 Perhaps one of the most valuable discussions of the day was with Trevor Whittington the newly appointed CEO of our long-term friends at WA Farmers.

The AVBFB, WAFarmers and the PGA share a lot of common interest – specifically about the threat of bushfire and other natural hazards and more generally about the long term sustainability and resilience of rural and regional communities. Trevor has a huge wealth of experience and knowledge in politics and primary industry and our discussion yesterday confirmed we have some fantastic opportunities to rev up in partnership in the future so watch this space!

All in all, it was another day of volunteering spent well and we are certain will deliver better collaboration and better outcomes for many of the incredible women and men who we so proudly represent as members of WA’s volunteer Bush Fire Brigades.