Western Australia’s volunteer fire, rescue and marine groups are calling for a “fairer” share of the hundreds of million of dollars the Emergency Services Levy (ESL) raises each year from ratepayers across the state.

They are claiming the process of distributing money through grants funded by the ESL is broken, with volunteers having to raise donations from the public to buy essential equipment.

The ESL was introduced 16 years ago to resource volunteer and career fire, rescue and marine rescue groups.

The levy is used primarily to fund the Government’s Department of Fire and Emergency Services, which distributes some of the funding to local councils for local volunteer brigades and SES units. 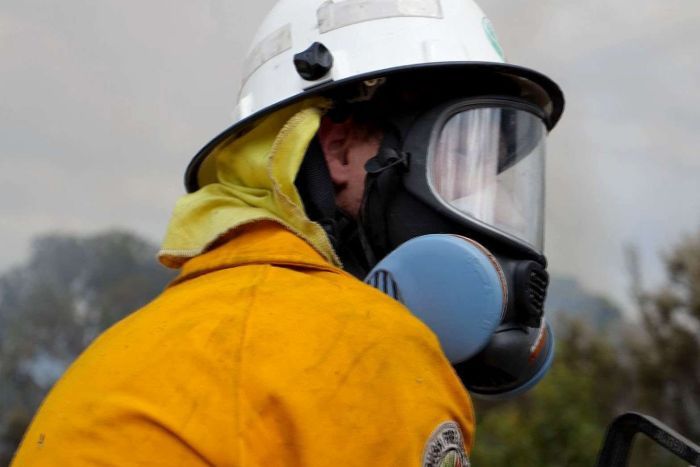 PHOTO: Volunteer bushfire fighters say they should get a fair share of the Emergency Services Levy. (ABC News: Mark Bennett)

“Our fundamental issue for a very long time has been the accountability and the transparency of the process,” said Darren Brown, chief executive of the Association of Volunteer Bush Fire Brigades.

“It’s not the amount of money or the percentage of the money, but those two are indicators that the system is not working well,” he said.

“If you look at any kind of data over the 16 years that the ESL has been there, the ESL has increased steadily, but the percentage to bush fire brigades and the bushfire service has stayed flat,” he said.

“This year the budget is $406 million and $33 million [of that] is budgeted to go back to local governments for SES and bush fire brigades, and we typically get half of that,” Mr Brown said.

For volunteer brigades the process of applying for capital or operational funding through local government grant schemes is often slow and bureaucratic.

The Local Government Grants Scheme manual has an extensive list of items that are not eligible to be funded, including chainsaws and defibrillators, as well as water-pump trailers to fast fill fire trucks from dams.

Some emergency radios are also not eligible, and brigades have been told to raise donations from the public if they want extra radio units in vehicles.

The Kalgan Volunteer Bushfire Brigade has decided to bypass the funding bureaucracy to build a new fire station.

The brigade has gone to the corporate and private sector to help replace their old tin sheds. 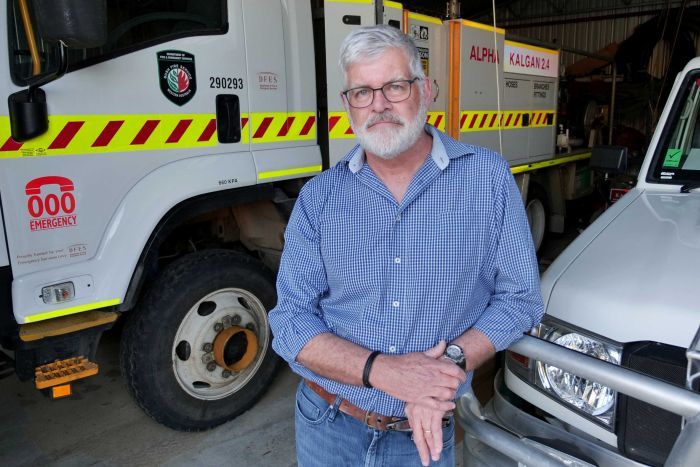 An Albany builder, local tradesmen, a real estate company, and even a government department have donated land, materials and labour to build a four-bedroom home to be sold at auction, with the estimated $300,000 to go to the Kalgan brigade to help build a new station.

‘We have to get off our bum and do it ourselves’

Kalgan brigade president Grant Solomon said it seemed to be the simplest and fastest way to getting a new station.

“We’ve gone that way because we think it was a bit difficult to do that through government … and also we thought it might be a lot easier,” he said.

The brigade members have held raffles and rattled the tin to buy their own automatic emergency defibrillator and a $20,000 fast-fill pump trailer.

“Some of the things that we want for our brigade aren’t funded directly either by the City of Albany or the Department of Fire and Emergency Services” he said.

“If we want them we have to get off our bum and do it ourselves.”

Mr Solomon added: “I’d like to see a greater distribution of ESL funding to bushfire brigades. 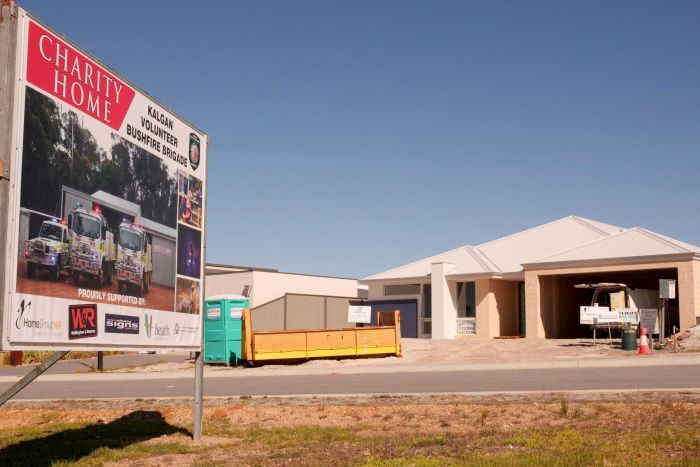 “It does appear to me to be a little bit lopsided. A lot of that money is going to the city, which is understandable because they have an office to run and red trucks to run, but I think we might be a little bit short changed in the country.

“So (Emergency Services) Minister Fran Logan, if you could give us some money it would be very much appreciated.”

Nationals MP Colin de Grussa has been asking questions in the WA Parliament about a review of the funding process for the volunteers.

“We are seeing the Emergency Services Levy at record levels, and this year it will raise $406 million. This is ratepayers’ money from across Western Australia, and a number of reports have recommended that this levy should be independently overseen to ensure that it is being spent correctly,” he said.

“A number of bushfire brigades and SES units and other emergency volunteer groups have raised with us the difficulty of getting simple pieces of equipment that they need just to do their jobs.”

Mr de Grussa wants an independent body to look at how the levy is collected and how the money is administered and spent.

“There’s more work to be done in that area to bring local government up to speed on the interpretation and the application of those manuals,” Mr Logan told the ABC. 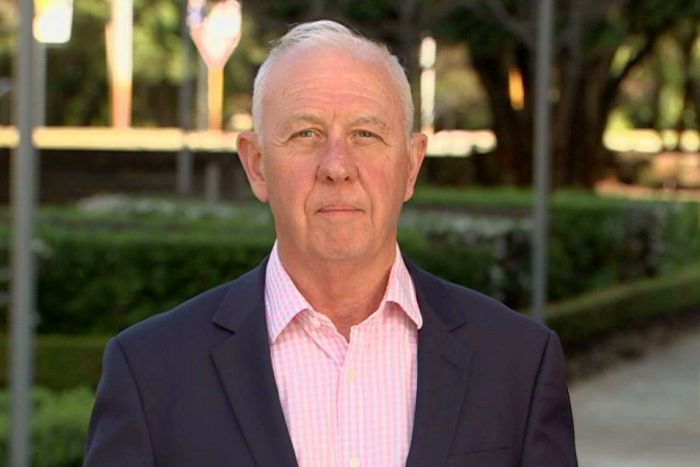 But he said the ESL had been increased over the years to fund additional services and initiatives, and some of the claims regarding the distribution of funding were not correct.
“In fact … there has not been a reduction in spending on bushfire brigades or regional operations,” he said.
“I just don’t believe that some of those brigades who may well feel that they are not getting a fair share of the ESL, I am absolutely 100 per cent sure they just don’t know how far that money is stretched.”
PHOTO: Emergency Services Minister Fran Logan said the grants system needs reviewing. (ABC News: Mark Bennett)

But he said the ESL had been increased over the years to fund additional services and initiatives, and some of the claims regarding the distribution of funding were not correct.

“In fact … there has not been a reduction in spending on bushfire brigades or regional operations,” he said.

“I just don’t believe that some of those brigades who may well feel that they are not getting a fair share of the ESL, I am absolutely 100 per cent sure they just don’t know how far that money is stretched.”

Mr Logan said he was establishing an ESL referral and grants advisory committee.