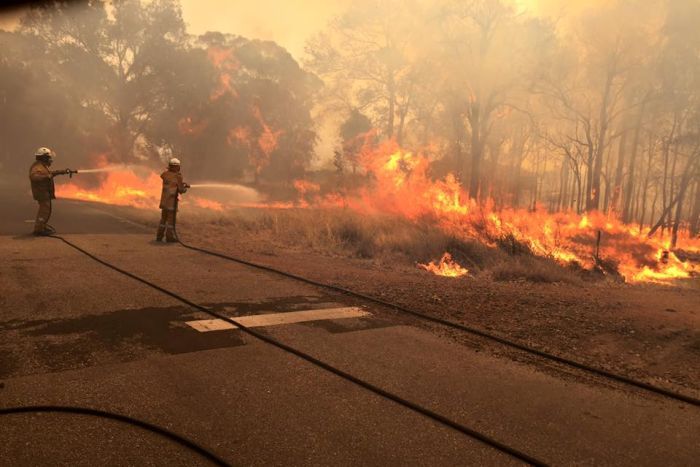 The group representing WA’s volunteer bushfire fighters has urged action be taken quickly on the issue of a Rural Fire Service (RFS), voicing frustration at delays to reform following the deadly Yarloop blaze.

The comments by the Association of Volunteer Bush Fire Brigades (AVBFB) come after a new report found a Rural Fire Service, recommended in the aftermath of the 2016 Yarloop blaze, could cost anywhere between $4.2 million and $560 million each year.

The draft Economic Regulation Authority report, which found the possible cost varied dramatically on whether an RFS would be made up of professional or volunteer firefighters, comes as the McGowan Government weighs up whether to overhaul WA’s emergency management system.

A year after Euan Ferguson’s independent inquiry into the blaze that destroyed most of Yarloop made the RFS recommendation, AVBFB president Dave Gossage said the delay in initiating reform was costly.

The previous government committed to introducing an RFS but the new Labor regime has been non-committal, citing concerns about the cost and additional bureaucracy.

“We are coming up to a $42 billion debt and we have to be very conscious about the cost of new initiatives,” Ms MacTiernan said.

The draft report found a minimalist RFS, made up of existing volunteer firefighters overseen by a new agency, would cost just a few million dollars each year, but that a professionalised service would come at much greater expense.

But the union representing professional firefighters dismissed the idea an RFS could cost as little as $4.2 million each year, saying the expenses would inevitably escalate.

United Firefighters Union branch secretary Lea Anderson said the focus should instead be on ensuring resources were sent to the frontline.

The Economic Regulation Authority recommended an independent agency have oversight of setting and distributing funds from the levy, paid by property owners, because of concerns about the transparency of the process.

But Fire and Emergency Services commissioner Wayne Gregson said his department was acting in the community interest.

“We go to great effort to try to get best bang for the buck for the community of Western Australia in the way in which the ESL is used, and the ESL funds a whole range of activities,” he said.