The Association of Volunteer Bush Fire Brigades (AVBFB) wishes Gary and his family all the best for the future and thanks him for the service he has given to the community over the years as a volunteer at both the Cocanarup Bush Fire Brigade and Ravensthorpe Volunteer Fire and Rescue Service. While the injuries Mr Webster sustained are obviously devastating, we are so very happy to read that he credits his training and experience as an Emergency Services Volunteer to his amazingly calm and rational response to the accident.

Thanks to the ABC for the sensitive approach to Gary’s journey and highlighting one of the “other” many positive outcomes of having well trained and supported emergency services volunteers in WA.

Note: The AVBFB was asked to provide material to support the fundraiser mentioned in the ABC article below and obliged. 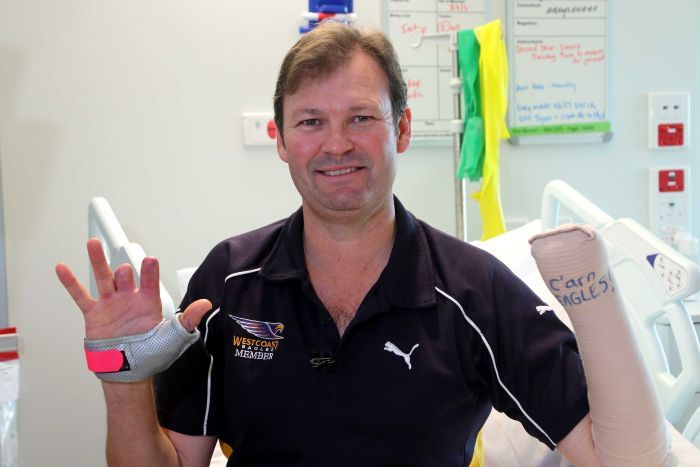 PHOTO: Mr Webster drove himself to hospital after spending more than half an hour trying to free his hand. (ABC News: Elicia Kennedy)

With his left hand crushed and trapped within farm machinery, and having already sacrificed two fingers on his other hand trying to pull it out, Ravensthorpe farmer Gary Webster credits his next decision with saving his life.

“I thought, I can’t be staying here for five hours, I’m not going to last that long,” the grain farmer said of his middle-of-the-night ordeal while seeding last month.

“I had a headlamp and looked up underneath and I could see the condition of my hand and I just made a decision [that] I don’t care about my hand, I have just got to survive this.

“I just thought of my family and … it just came to me what I had to do next.”

Using his dislocated thumb, pinky and ring finger, Mr Webster gripped a spanner and began screwing a cover off the seeder rig attached to his tractor, which would give him access to the meter rollers trapping his left hand.

“I just couldn’t reach it, so while it [the hydraulic motor] was buzzing away I was undoing the cover,” Mr Webster said.

He was then able to free himself, but he had lost most of one hand and two fingers on the second hand.

‘I just had a lot of adrenaline’

At least a half an hour had passed since the accident happened about 1:00am, so Mr Webster knew that getting medical help quickly was crucial.

He drove the tractor to his ute and then drove himself to Ravensthorpe Hospital, 10 kilometres away from his home where his wife Bec and their children were sleeping.

“I drove past my home where Bec and [the] kids were and I just thought it’s not worth dropping in there. I just focused on getting help, straight to hospital.”

“I just had a lot of adrenaline and I was just able to block the pain.

“Everyone asks, ‘Oh your ute must be automatic’, but it wasn’t, it’s a manual. You just reach across, change gears, yeah easy. It wasn’t a problem.”

A voice was saying ‘don’t do that’

The accident occurred in the middle of the night while the father of two was changing the variety of wheat in the seed bin, something he has done countless times before.

“I just forgot to turn the rollers off,” Mr Webster said.

“I had this feeling … I was just putting my hand up and I had this voice saying, ‘don’t do that,’ but I just wasn’t listening.

“Just being tired I think was the main contributor.”

Within a few hours, Mr Webster was on the Royal Flying Doctor Service jet, which was en route from Pannawonica, and on his way to Fiona Stanley Hospital in Perth for emergency surgery.

Too late to attempt reattachment

Surgeon Tim Cooper contacted Mr Webster’s wife to ask her to retrieve her husband’s missing fingers and hand from the paddock, but by the time they were transported to Perth it was too late to attempt reattachment.

“When I got my hands out they were still sitting in the paddock, so I didn’t think to actually put them in my pocket as well to take with me,” Mr Webster said.

“But I just sort of made a decision that, the way they had been amputated, … they wouldn’t be good for anything.”

As captain of both the Ravensthorpe Volunteer Fire and Rescue Service and Cocanarup Bush Fire Brigade, Mr Webster credits his training and exposure to trauma through these roles for helping him focus and survive. 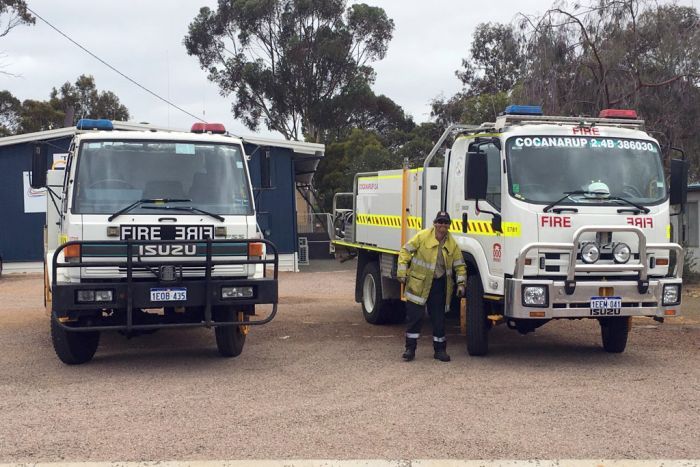 PHOTO: Gary Webster credits his training and experience with bush fire brigades with helping him to survive the accident. (Supplied)

On Friday night the Ravensthorpe community held a comedy night to help fundraise for Mr Webster’s recovery, with locals describing him as an “inspiration” and an “unsung hero”. 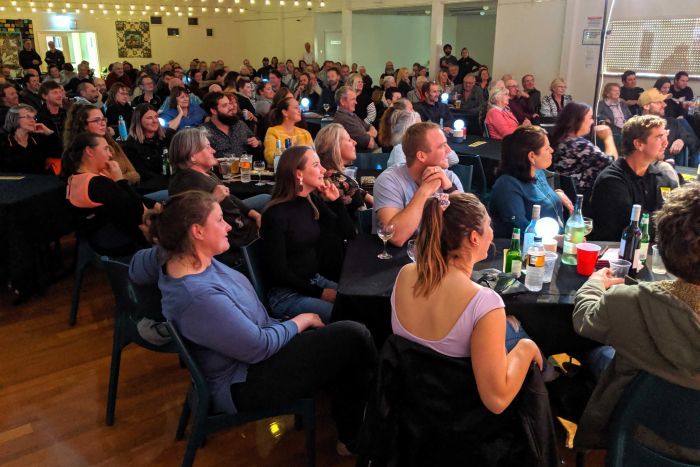 “This evening shows the respect and admiration that the community holds for Gary. He is an absolute marvel,” farmer and Ravensthorpe Bush Fire Brigade chief Rod Daw said.

“Here he is with a very hard future ahead of him, and he is thanking the community. That’s the sort of man he is, he is always putting other people first,” Mr Webster’s former teacher Coralie Daw said.

Mr Webster, who farms with his twin brother Luke, is expected to remain in hospital for another week.

He hoped to have a prosthesis, or even a bionic hand, fitted once his wounds healed.

“I am happy with the outcome,” he said.

“I made that decision right back at the start and I’m looking forward to what they can do for me and fairly positive for the future. I think I’ll be OK”

By Mark Bennett and Elicia Kennedy