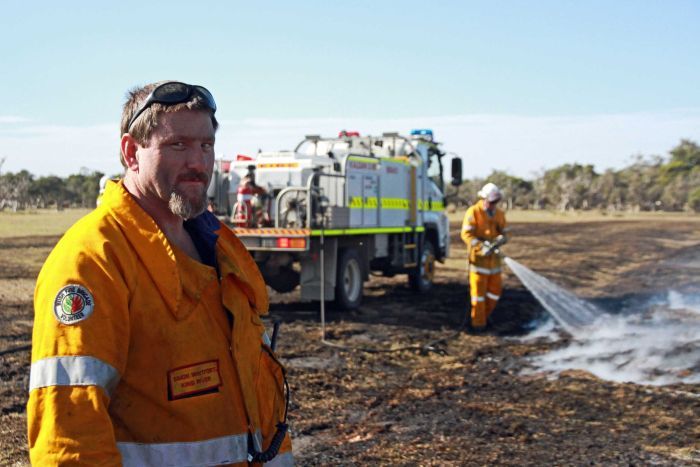 Volunteers such as King River firefighter Simon Whitfort are on their last legs. Photo: ABC

Volunteer firefighters across southern Western Australia say they are being stretched too thin, battling an unprecedented number of private burns gone awry while trying to chase prescribed burn targets.

“For the last week I’ve spent almost every day doing something to do with fire,” Great Southern volunteer firefighter Dave Wettenhall said.

The veteran firefighter said it had been the busiest period of his 20-year career, and the region’s volunteers were on their last legs.

“It’s hard work — it’s hard physical work when you’re rolling up hoses, pulling them out through the bush, jumping around in trucks that are bouncing over rocky roads. It does take its toll,” he said. 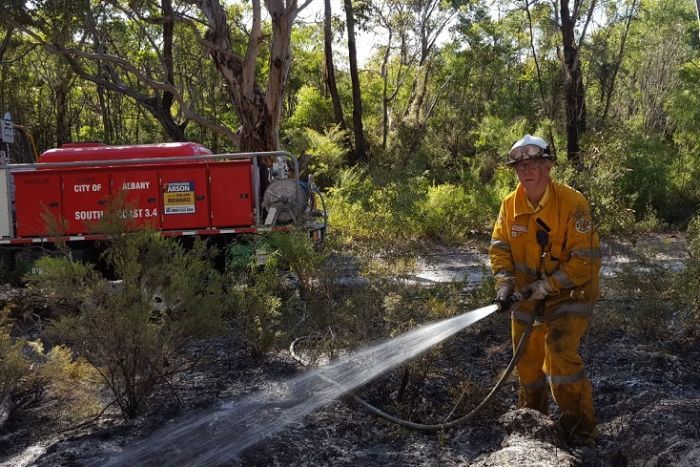 Volunteer firefighter Dave Wettenhall says this is the busiest he has been in his 20-year career. Photo: ABC

On one weekend this month, firefighters in the Great Southern were called out to battle a whopping 53 bushfires.

Of those, the Department of Fire and Emergency Services (DFES) said 37 had been sparked by uncontrolled private burns.

“While they’re out chasing escaped private burns, they’re not being able to assist the city in achieving their prescribed burns, making sure that we’re safer for next summer.”

The City of Albany issued a statement on Thursday urging residents not to light any fires because its emergency response resources were overextended fighting 18 bushfires at once — all the result of escaped burn-offs.

“Brigades cannot guarantee that volunteers will be available to respond to any escaped burns,” the statement read. 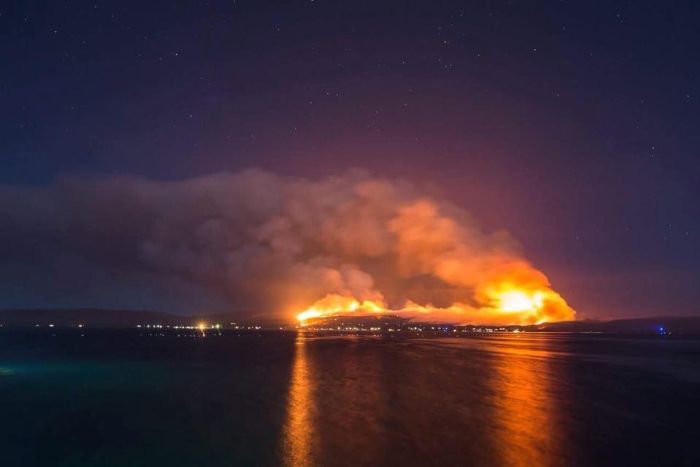 The City of Albany says it cannot guarantee firefighters will respond to more escaped burns because it is already fighting 17 separate fires. Photo ABC

The city’s community and emergency services manager said the region’s brigades were under immense pressure.

“Any residents, they need to go and check their fires and make sure they’re completely out because we can’t guarantee that we can get to all of them. We’re trying our best, but please, we don’t need anymore.”

In Margaret River, authorities said volunteers had been called out to an average of five escaped burns per day for the past two weeks.

They said the sheer number of fires was unprecedented for this time of year.

“However, over the past few weeks our volunteers have responded to numerous bushfires caused by escaped burns and they’re fatigued and they really need a rest.”

Absentee landowners who come down from Perth to get their properties prepared ahead of the next fire season have emerged as firefighters’ biggest concern.

“They come out of the city, light up, then bugger off back to town and leave it to the community who have to suffer and do all their dirty work,” said Dave Gossage, WA Association of Volunteer Bushfire Brigades president. 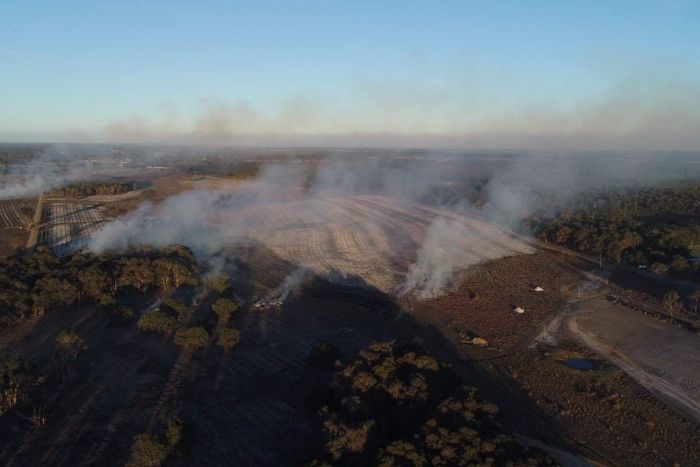 A private burn on a bluegum plantation briefly threatened lives and homes near Augusta this week after it got out of control. Photo ABC

Confusion over local weather conditions is also a major contributing factor after an exceptionally dry start to the year.

As a cold front begins to pass over the southern half of the state, residents are incorrectly assuming it is the perfect time to conduct hazard reduction burns.

“They’re failing to understand the soil moisture content is dry, the vegetation is dry. So just because there’s clouds in the sky doesn’t mean that it’s safe to burn.”

At the same time, volunteer firefighters have been trying to get as much burning done on crown land as possible while conditions are calm.

Although the State Government recently announced it had exceeded its annual burns target of 200,000 hectares, firefighters are not convinced a fixed target is the best way to manage fire mitigation.

A target may create a false sense of security in some regions and put unnecessary pressure on firefighters in others. 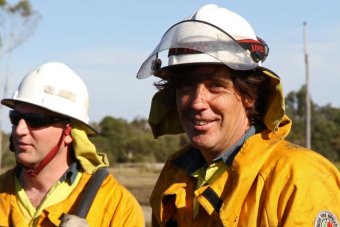 Firies Adrian Chester and Kynan McCallister arrive on the scene of a private burn on the outskirts of Albany. Photo: ABC

Mr Gossage said while prescribed burns were vital, every region had unique vegetation and environmental factors that dictated how much land should be burnt.

“That way, you’re achieving what’s right for the area, not just hectares burnt.”

Currently there are 66 fires burning across WA, keeping the state’s volunteers busy, exhausted and away from home.

“We enjoy what we do mostly, but it is tiring,” Mr Wettennhall said. “Mum’s lamb roast has been postponed twice.”